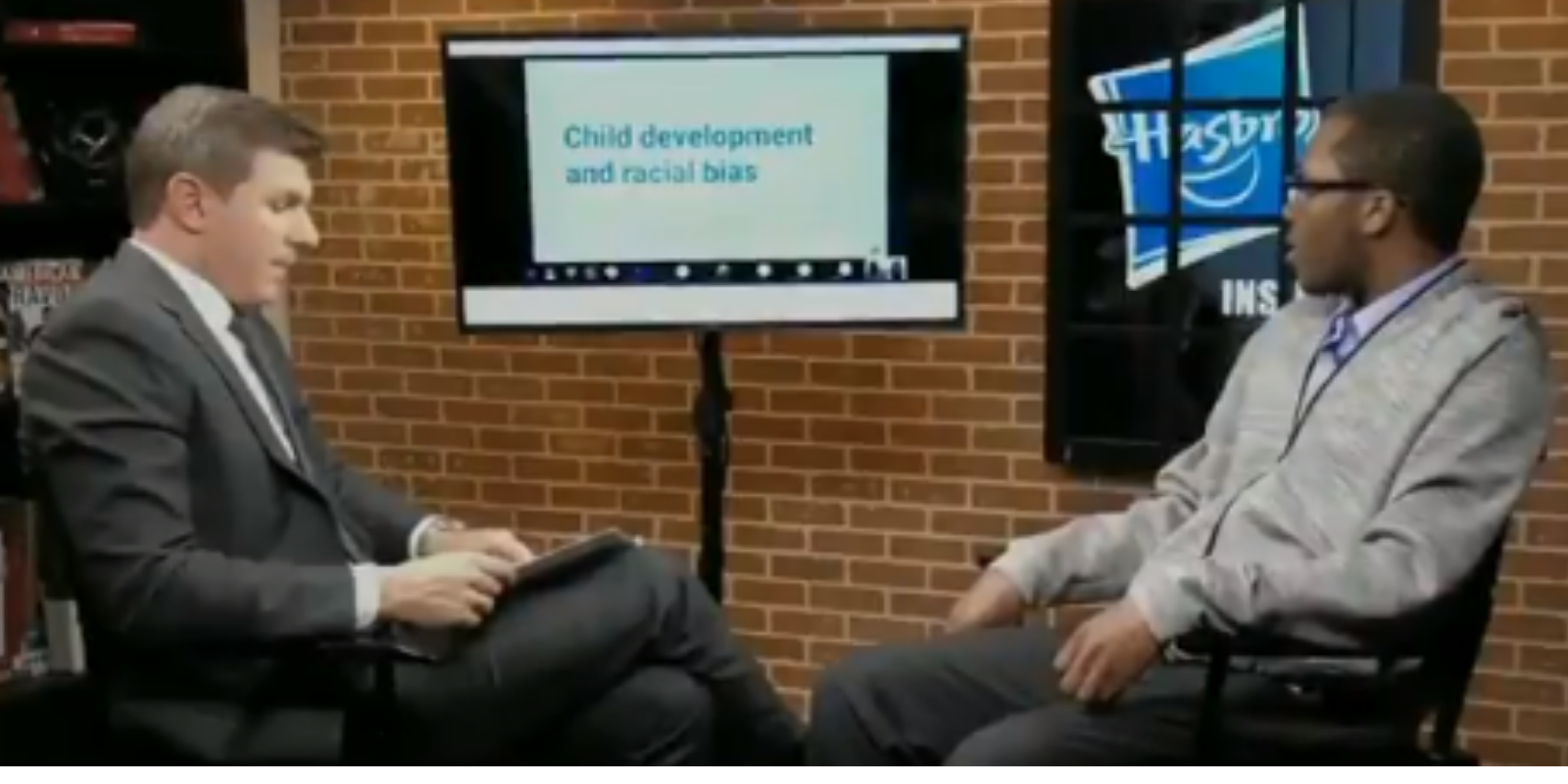 "My name is David Johnson. I'm a packaging engineer for Hasbro. They are attempting to covertly push CRT, critical race theory, through branding and messaging through their products," Johnson says in the interview.

"This is the program developed by 'The Conscious Kid', which is working with Hasbro to teach children about racial bias at an early age."

Several materials from the program's own website are shown at various points throughout the interview. In certain segments, the program talk about how children show racial bias at an early age as young as three to six months.

The program also talk at one point about how children are capable of intentionally expressing racial bias by age three, and at another point they claim that children can be "as racist as adults" by the time they are five to six years old.

"This isn't something I want to do; this is something I felt I had to do. This is a hill worth dying on," explains Johnson, referring to the risks he is taking by taking an interview with Project Veritas. "How much do you know about this non-profit which developed the training on this?" queries O'Keefe.

"This was actually the first time I've heard of them was this meeting [to which Johnson was summoned at Hasbro]. Following that, I did a bit of research."

"I know they work with a few other very very large corporations. I think they work with Google, the NFL, Nickelodeon, who's also a big partner with Hasbro."

".... I think it's absurd to just state as fact that at two-years old-that children are going to be racist, and using race to reason about who they're going to play with, and discriminating based on."

".... I've seen this ideology a lot over the past seven years. To have it so in-my-face at my place of work was just astounding to me," Johnson continues.

".... To just state categorically that, at five years old, your children are as racist as the adults – which is implying that the parents are also racist in some manner – I just think it's absurd."

"How they don't see it as discriminatory, to group an entire race of people, like how they explain how white people have a particular bias against black people..."

"What is their end goal?" asks O'Keefe.

"...Why are they trying to get people to see the world in terms of race, if they're the same people who are complaining that one group is privileged over another?"

O'Keefe then asks, "They're not hiding their point of view. In fact, you may say, many of the talking points are featured on their own website. Do they want people to see this?"

"I don't think that they do. To actually show that you're telling families that their six-year-old is as racist as they are? I don't think it's something that they want public," Johnson answers.