WATCH: Scott Adams says Trump is the only candidate who can 'beat Biden'

Adams argued that Trump is "the only one who will bend the rules enough to scare you enough to get you to vote." 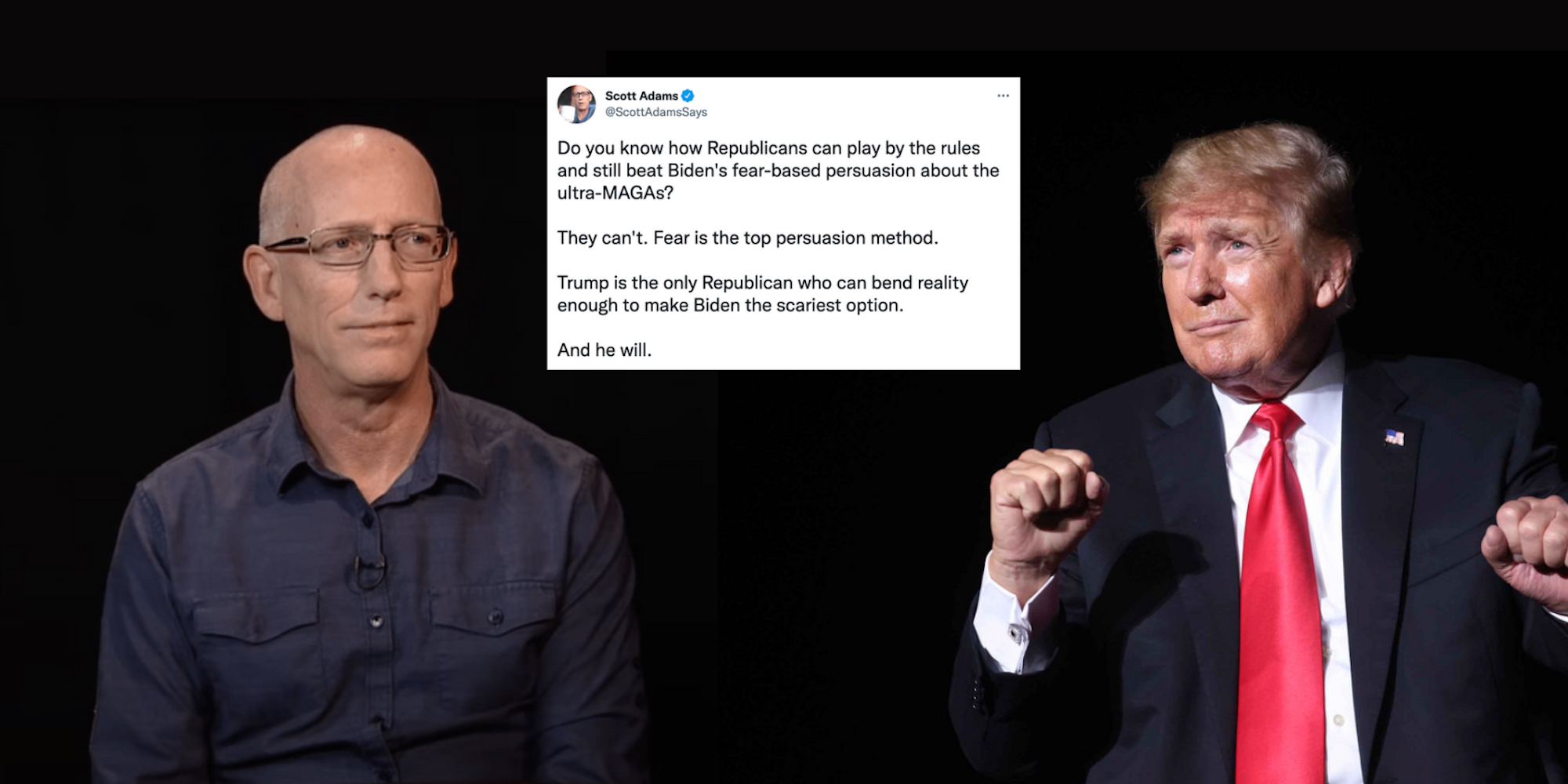 On the latest episode of his Youtube show "Real Coffee with Scott Adams," the Dilbert series cartoonist suggested that if the GOP stands any chance of defeating Biden in 2024, Trump must be their candidate.

"There's only one way you're gonna beat Biden at this point," Adams began, arguing that Biden has taken a "Trumpian" approach by narrowing in on an issue he knows his voters care about, and riding it hard.

"That's what Trump did," he Adams added. "He just picked the scariest stuff, and he rode it hard, and it worked."

He went on to suggest that Biden "has the extra benefit" of media backing, who will go along with his messaging about MAGA Republicans being a "threat to the country."

Adams argued that Trump is "the only one who will bend the rules enough to scare you enough to get you to vote."

Adams reiterated his statements on Twitter, adding that Republicans have no chance of beating Biden if they refuse to stoop to his level and use fear to "bend reality enough to make Biden the scariest option."

When pressed on whether taking the high ground might lead to better results for the GOP, Adams remained steadfast in his belief that "only more fear can beat fear."