"He dotters, he lashes out. But at the end of the day, his policies are why there's so much opposition to him," DeSantis said of Biden's Thursday speech. 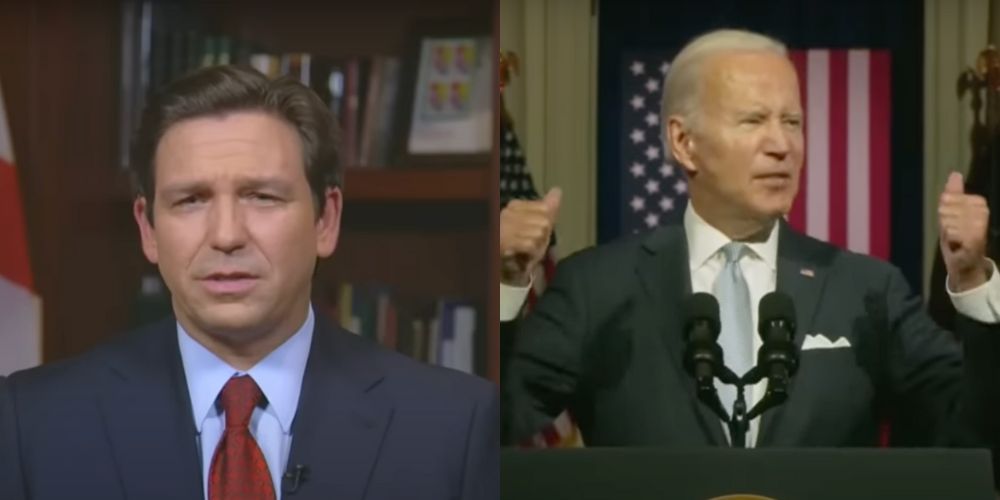 "I thought it was one of the most disgusting speeches an American president has ever given," DeSantis said. "He ran as being a unifier and he's basically saying to the vast majority of the country that disapproves of him, that they're effectively a threat to the Republic."

During the president's dark and disturbing remarks he categorized half the US population as "a threat to this country" and "extremists" who must be defeated. Speaking from Independence Hall in Philadelphia, Biden said, "as I stand here tonight, equality and democracy are under assault" and placed the blame solely on his political opposition and their constituents.

"He dotters, he lashes out. But at the end of the day, his policies are why there's so much opposition to him," DeSantis said.

The Florida governor then noted the many historic catastrophes of the Biden presidency, such as Biden's border crisis, that he "kneecapped American energy," and record high Bidenflation.

"So of course, people are going to be upset at all the wreckage that he's left in his wake," DeSantis noted.

Thursday night Biden claimed "MAGA Republicans have made their choice. They embrace anger. They thrive on chaos. They live not in the light of truth but in the shadow of lies." Almost 75 million Americans voted for Donald Trump in 2020 and embraced his "Make America Great Again" slogan.

DeSantis said that Biden's government has already been "willing to mobilize the administrative apparatus of government to go after people they don't like" and that he has "weaponized federal agencies."

The governor mentioned federal Covid vaccine mandates and weaponization via the recent increase of 87,000 new IRS agents as two examples.

Biden attempted to paint the GOP as the party that abandoned the rule of law, to which DeSantis said Biden is "not following the law" and noted how his student loan forgiveness and border policies are both in defiance of the law.

"He doesn't give a darn about the rule of law," DeSantis said.

Since he took office Governor DeSantis has been a supporter of parental rights and passed his Anti-Groomer bill which went into effect on July 1. He's fought woke ideology and has further noted that CRT and anti-racism at the institutional level is "state-sanctioned racism." He's also been a staunch advocate of on pro-life matters, openly praising the Supreme Court's overturn of Roe v Wade.