"If the people who held up degenerates like Harvey Weinstein as exemplars and as heroes and as all that, if those are the types of people that are opposing us on parents' rights, I wear that like a badge of honor," DeSantis said. 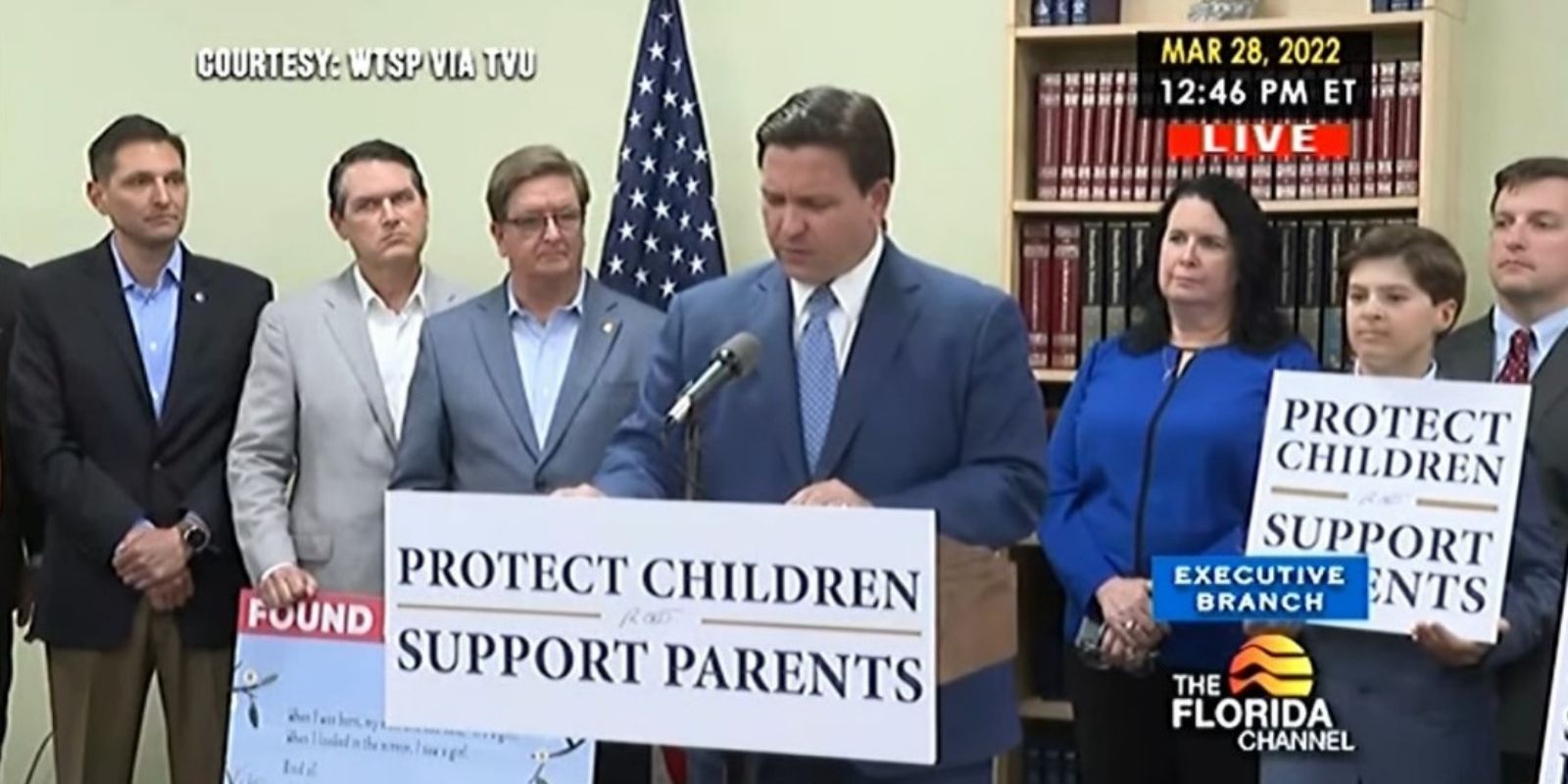 The measure, known as the "Parental Rights in Education" bill, is a classroom instruction ban on age-inappropriate teachings of "sexual orientation" and "gender identity" for children in kindergarten through third grade statewide.

During the signing, DeSantis fired back at Hollywood elites who have contributed to misconceptions about the legislation protecting elementary school students from activist educators using the classroom as a soapbox for leftist causes.

"If the people who held up degenerates like Harvey Weinstein as exemplars and as heroes, and as all that, if those are the types of people that are opposing us on parents' rights, I wear that like a badge of honor," DeSantis declared.

The bill was mocked at the Oscars on Sunday night, with co-hosts Wanda Sykes, Amy Schumer, and Regina Hall repeating the word "gay" as the crowd applauded.

"They don't want to admit that they support a lot of the things that we're providing protections against," DeSantis continued during the signing ceremony.

"And so what they're doing with these slogans and these narratives is they are trying to camouflage their true intentions," DeSantis stated in his speech.

The opposition has even come from the White House with President Joe Biden calling it a "hateful bill" in an early February tweet last month.

"I want every member of the LGBTQI+ community — especially the kids who will be impacted by this hateful bill — to know that you are loved and accepted just as you are. I have your back, and my Administration will continue to fight for the protections and safety you deserve," the president tweeted on Feb. 8.

This despite the bill making no mention of the so-called directive "Don't Say Gay."

DeSantis spokeswoman Christina Pushaw said in a statement earlier Monday that the governor is unfazed by threats of boycotts against the state over the bill.

"Many of the tourists in Florida have visited us from states with mandates and restrictions, to enjoy the freedoms and sense of normalcy that Florida has become renowned for, under Gov, DeSantis' leadership," Pushaw tweeted.

She said that business is "thriving" in Florida as well, because the governor has "kept our state open, and our tax burden remains the lowest in the country."

"These are things that everyone can appreciate, regardless of their gender or sexual orientation," Pushaw added Monday. "Therefore, we are not concerned about boycotts or other economic harm to Florida as a result of any legislation. But even if we were: no amount of money would convince Governor DeSantis to change his position. He will always stand for parental rights and protecting children."

A recent poll commissioned by The Daily Wire revealed that almost two-thirds of Americans support key features of the bill when researchers presented the study's respondents with direct language from the Florida education law's most criticized passage, while other surveys have relied on characterization from pollsters.