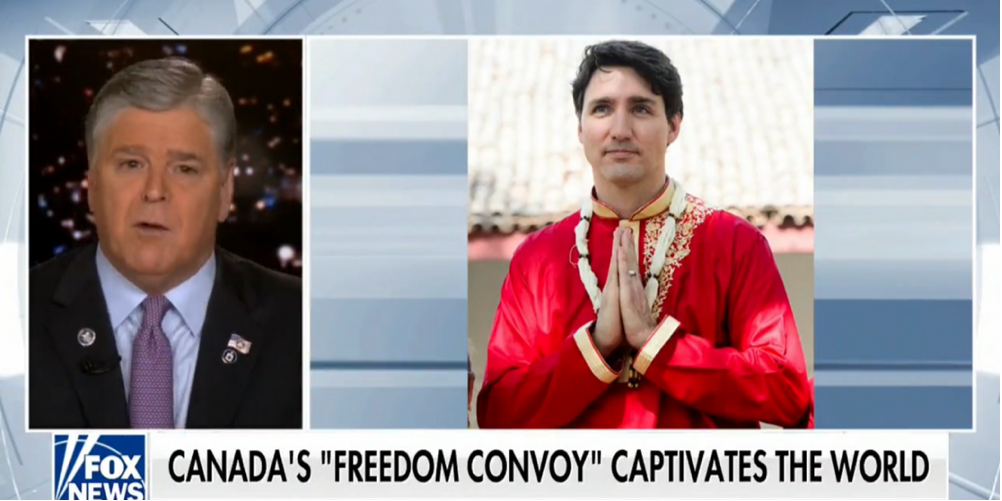 "To the left, anyone that stands for freedom, liberty, instantly becomes the enemy. Especially far-left failed Canadian Prime Minister Justin Trudeau who is now resorting to the predictable baseless smear attacks instead of seriously addressing the truckers concerns," Hannity said.

"I have a message for you Prime Minister," Hannity said. "You're a disgrace in terms of being an excuse for a leader. But demonizing hardworking truckers and anyone else who doesn't surrender to your point-of-view...this is how you lead when you're supposed to be a public servant?"

Sean Hannity went on to slam the crowd-funding website GoFundMe for freezing the page dedicated to the Canadian Truck Convoy which has already amassed nearly $10 million since its creation.

"Instead of lecturing these guys that are pivotal to the supply chain, they literally bring everything to every store that consumers need, why don't you get your as* out of your office and go to Ottawa, sit down with the truckers and listen to them," Hannity said. "Start being a public servant instead of a public lecturer."