In the wake of reports that Representative Eric Swalwell was sleeping with a Chinese agent, Rand Paul said he "ought to just resign from Congress." 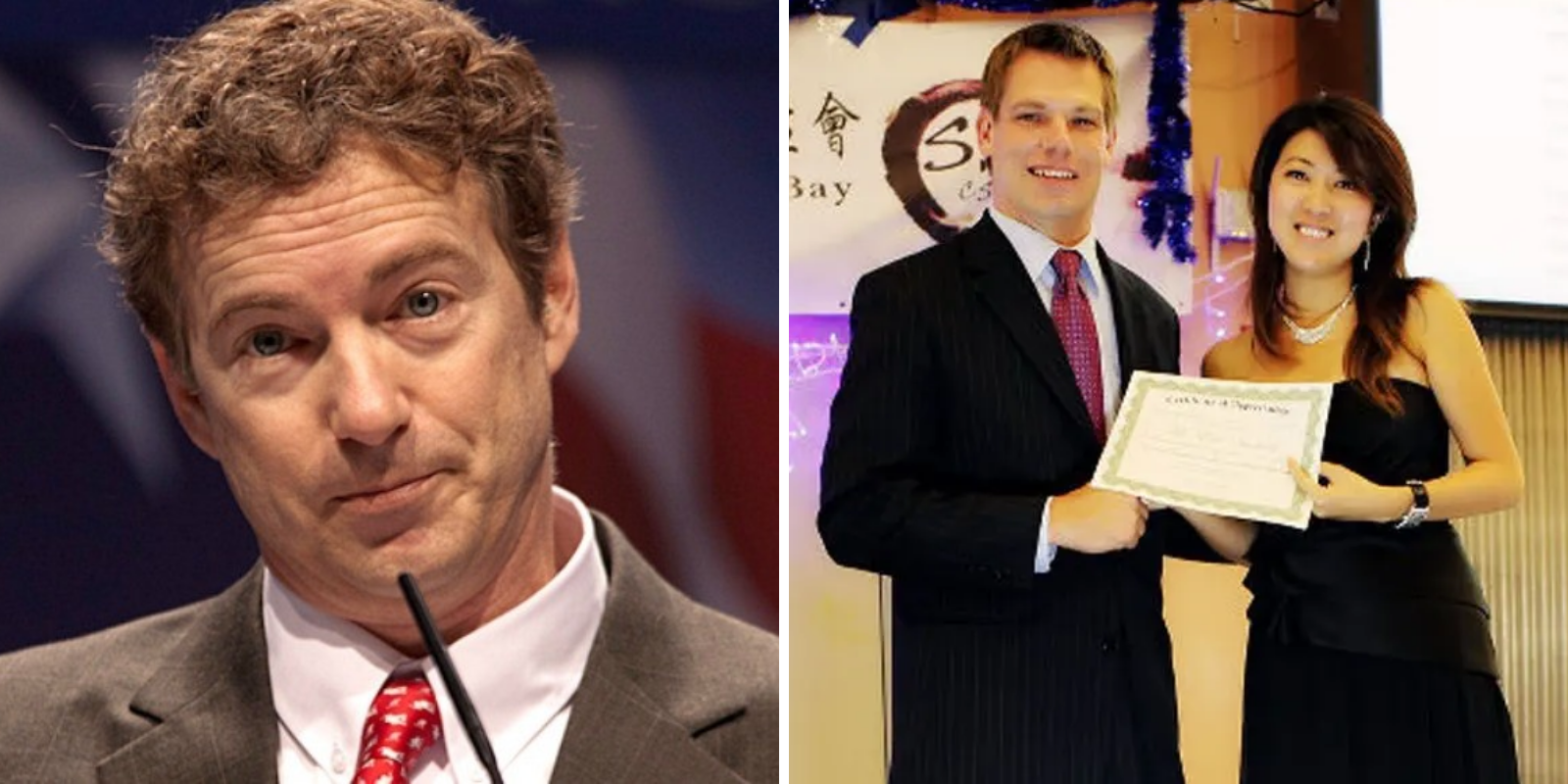 In the wake of reports that Representative Eric Swalwell was sleeping with a Chinese agent, Rand Paul said he "ought to just resign from Congress."

Swalwell is a very prominent member of Congress, and even ran for president last year for a brief period of time. It has come to light recently that he had a close, possibly even sexual, relationship with known Chinese asset Christine Fang.

According to the Washington Examiner, Paul was interviewed on Fox News on Wednesday when the subject came up:

Paul said "I think, to be careful and to [be] cautious, he should actually resign from the intelligence committee."

"If he's not willing to do that," Paul said, "he should be removed from the Intelligence Committee. But I also think that—what hypocrisy! This is a guy who was hurling stones and accusations, all kinds of false accusations at President Trump. 'Oh, he’s controlled by spies,' and this and that. He was the most over-the-top critic of President Trump on Russia collusion, and it turns out he’s sleeping with a Chinese spy."

"I mean, my goodness, the hypocrisy! It’s appalling, and he really should be red-faced and ashamed of himself, and really probably ought to just resign from Congress."

Perhaps the most shocking part of these allegations is that Swalwell, as Paul mentioned above, is a part of the House Intelligence Committee, and as such has access to sensitive and classified information.