President Trump made an important speech as he greeted a group of his supporters on the South Lawn on the way to Air Force One. 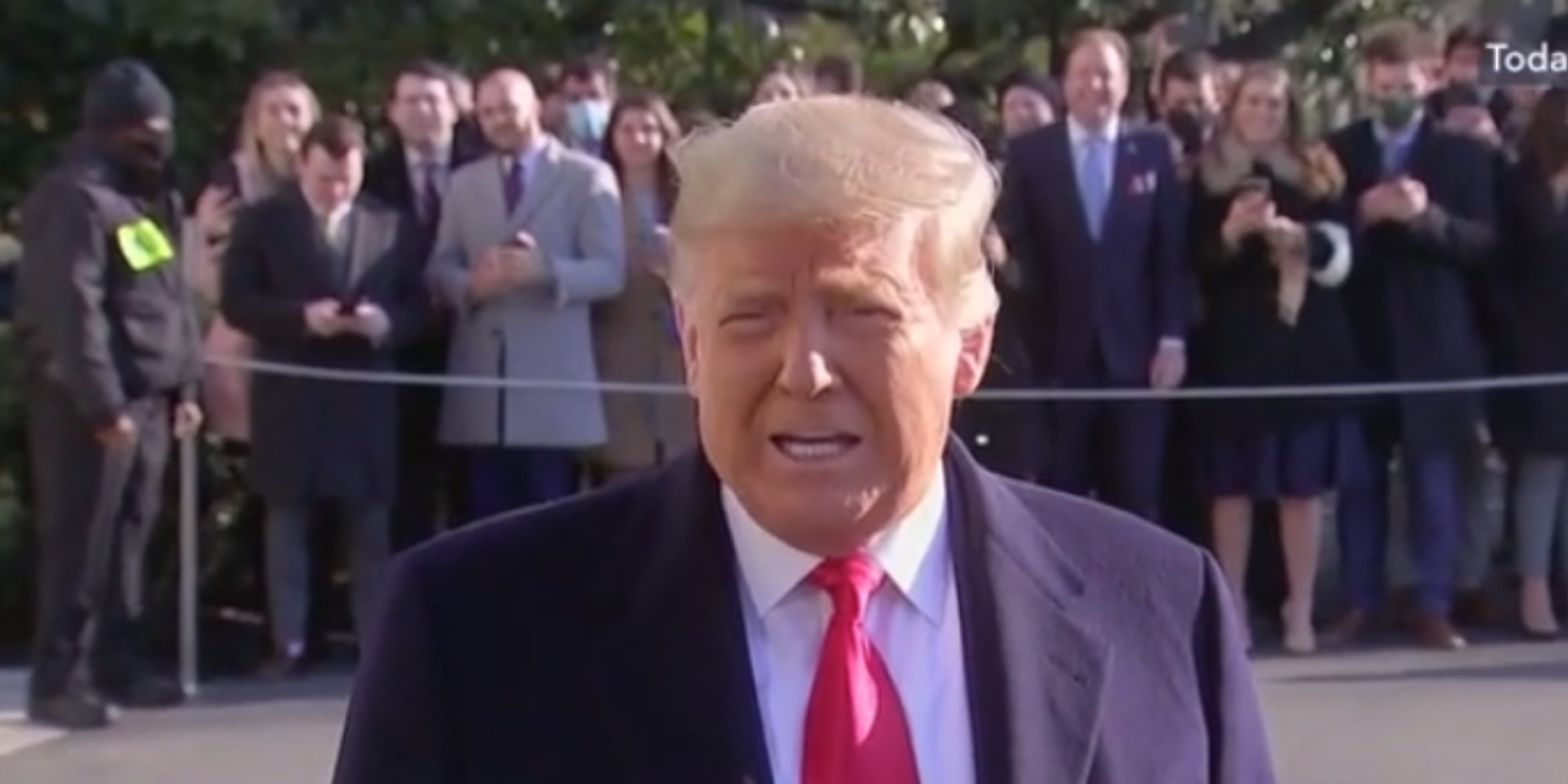 President Trump made an impromptu speech as he greeted a group of his supporters on the South Lawn on the way to Air Force One.

The President stated that he was on his way to Texas, "to the southern border" to see the completed wall he had first talked about four years ago during his campaign.

Trump mentioned to the group gathered that he considered the border wall to be "tremendously successful, far beyond what anyone thought."

"We're stopping in large numbers the drugs coming into the country for many many years and decades. We're stopping a lot of illegal immigration; our numbers have been very good .... the wall has made a tremendous difference."

Trump then pivoted quickly to talk about the recent events and clarify his position on the recent riots at the Capitol.

"As far as [the recent rioting] is concerned, we want no violence, never violence. We want absolutely no violence."

"On the impeachment, it's really a continuation of the greatest witch-hunt in the history of politics. It's ridiculous; it's absolutely ridiculous."

The President concluded, "I want no violence. Thank you very much, everybody."