The Democrats want to humiliate Trump by making him break his #1 campaign promise. 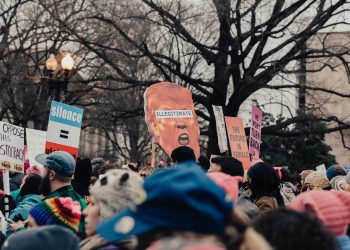 Most politicians have one goal that is more important than any other: winning the next election. Even if a politician isn’t running again, they will usually support policies that increase their party’s electoral chances.

Such is the case in the current shutdown of the U.S. federal government. Donald Trump wants $5.7 billion in funding for a barrier on the U.S.-Mexico border, but the Democrats in the Senate won’t approve it.

The two top Democrats, Nancy Pelosi (Speaker of the House), and Chuck Schumer (Senate Minority Leader), have both vowed to never support any funding for a wall, fence, or barrier.

Pelosi argues that a border wall is immoral.

On the contrary, Pelosi’s opposition to a wall is immoral. The open border has resulted in thousands of criminal aliens entering the United States.

A border wall could have prevented many criminal aliens from being in Texas. Hence, to support a wall, fence, or barrier is a common-sense moral position.

In contrast to Nancy Pelosi, Chuck Schumer has not expressed any moral objections to Trump’s funding request. He supported border fencing in both 2006 and 2013.

In 2006, Congress passed the Secure Fence Act. It was bipartisan legislation that included 600 miles of pedestrian fencing. Schumer voted for it along with Barack Obama, Hillary Clinton, and 23 other Democrat Senators.

In 2013, Schumer voted for the Gang of Eight comprehensive immigration reform bill that would have resulted in 700 miles of pedestrian fencing along the border.

Unlike Pelosi, Schumer’s opposition to a wall, fence, or barrier isn’t because of any moral objections. It is politically motivated.

The Democrats consider Trump to be an illegitimate President. Millions of Democrat voters are opposed to everything that Trump does. If the Democrats support funding for a wall, fence, or barrier, their voting base will be outraged, and that will cost them votes.

Case in point: Israel built a fence on its border with Egypt, and it reduced illegal immigration by 99%. There are other reasons why it worked, but the fence was essential to securing the border.

One common argument against a wall on the U.S.-Mexico border is many foreign nationals become illegal immigrants when they fly to the United States, and then overstay on their visas.

Nevertheless, a border wall will reduce illegal immigration for a simple and obvious reason: Foreign nationals with a criminal record are often denied entry to the United States. (It is more difficult to get a travel visa if you have committed a crime.)

Consequently, a border wall will prevent many criminal aliens from entering the United States. It is irrational for Democrats to argue that a wall won’t keep some of them out.

Politicians like to say they are taking a position on moral grounds, and sometimes they do.

Barack Obama wanted all Americans to have access to health care.

Ronald Reagan opposed communism because it was an evil system.

However, the Democrats have no moral ground to stand on in refusing to fund a wall on the U.S.-Mexico border. Every crime committed by an illegal alien is a crime that should never have happened.

The real reason for their opposition is to humiliate Trump by making him break his #1 campaign promise. (When a politician makes a promise and fails to keep it, voters get mad.)

The Democrats have taken an immoral position on border security in order to weaken the President politically.

If Trump fails to build a wall, fence, or barrier on the U.S.-Mexico border, he will be less likely to win in 2020. And that’s what Democrats care about more than anything else.

To defeat Trump in 2020, they are refusing to approve $5.7 billion in funding for a barrier, even though it would result in fewer victims of crime.