Unearthed video shows Minister Catherine McKenna eating dog and bribing her way into an illegal cockfight on the Indonesian island of Flores in 1995. 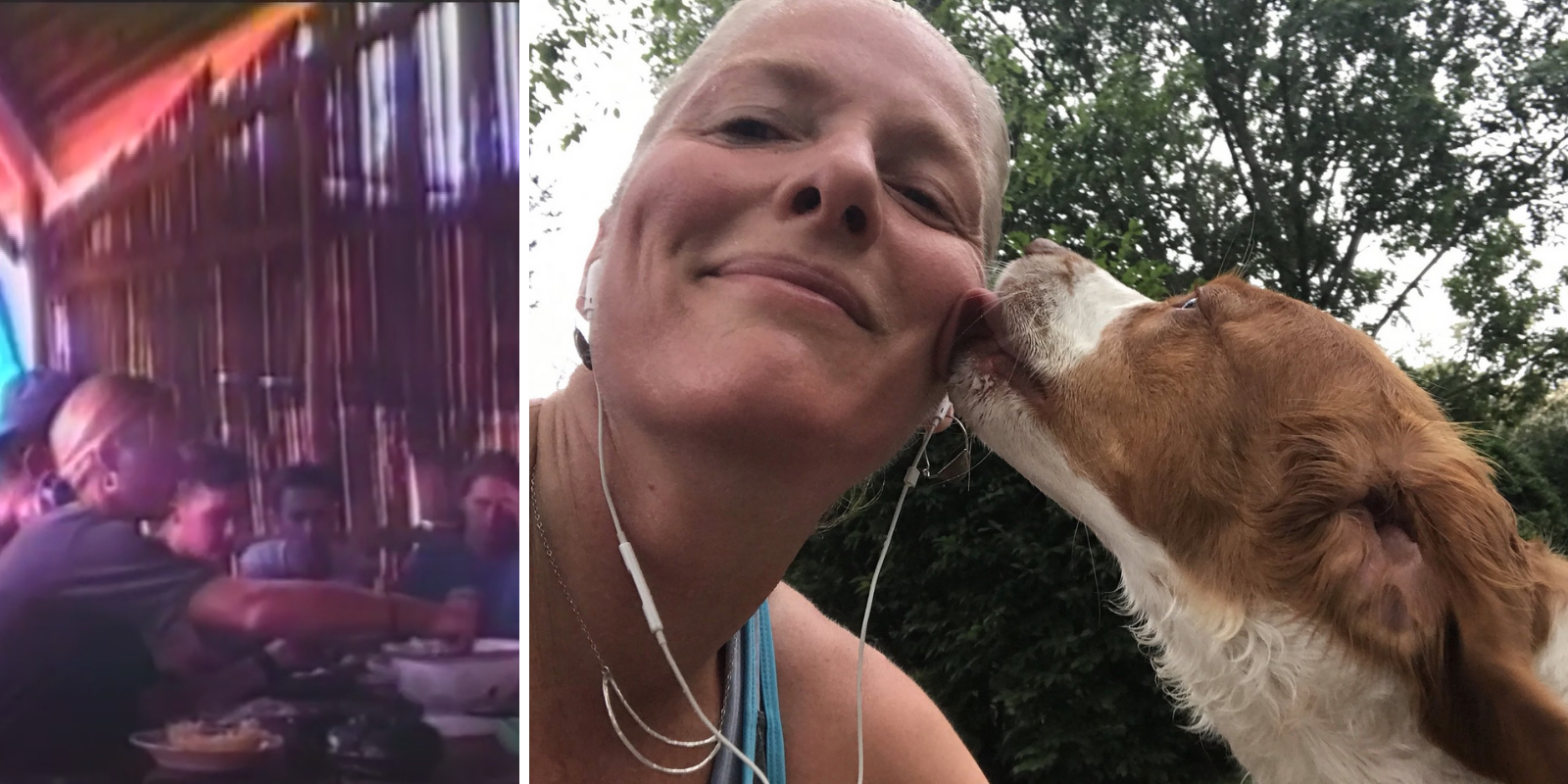 A prominent animal rights activist is calling for Minister of Infrastructure and Communities Catherine McKenna to apologize after two shocking videos show the minister eating dog and bribing her way into a cockfight on the Indonesian island of Flores in 1995.

The videos originate from a travel documentary made by Underknown's Steve Hulford, wherein young travelers explore foreign cultures, including cuisines.

The first clip shows McKenna and her group bribing their way into an illegal cockfight. Cockfighting, a violent gambling event wherein two roosters are put into a ring to fight to the death, was made illegal by the Indonesian government in 1981, 14 years before McKenna travelled to the Island nation.

Rooster owners will often attach razors deadly enough to kill a human, with the roosters being killed after the melee, no matter the result.

The second clip shows McKenna eating dog meat, a dish that is popular across the large island nation. Experts believe that at least one million dogs are butchered for human consumption in Indonesia annually. The US National Library of Medicine has also found that Indonesia has become a "rabies endemic country," noting that several islands have seen sharp spikes in areas "which were previously considered rabies-free," with the dog meat trade being called a main factor in the fatal disease’s rise.

Dozens of Indonesian dog owners also believe that dog meat poachers are responsible for the disappearance of pets, reports Al-Jazeera.

Animal rights activist and Leader of the Animal Protection Party of Canada Liz White called the actions of McKenna "entirely offensive," highlighting that cockfighting is illegal across Canada.

"We have sensibility that this is unacceptable," said White. "This is seen as totally cruel. You go for pleasure to see birds rip each other apart?"

"What kind of person have we put into power here?"

White believes that McKenna should apologize for her actions in 1995, but says that voters would be right to question her “morals and ethics.”

"Apologize, sure. But does it not call into question the person's notion of morals and ethics in this regard? If somebody is prepared to go over to Indonesia and engage in what is defined almost all across Canada as cruelty, and then engaging in eating dog, which is considered problematic here, I think the voters—wherever this person is a representative in Parliament—should look at this person and say, 'my goodness. What kind of person have we put into power here?’"

While McKenna portrays herself as a champion of progressive issues and environmental activism, the former Environment Minister's reputation in both fields is far from inspiring.

In 2018, 95 politicians and animal rights activists signed a letter to McKenna, requesting a ban on all elephant ivory—a resource which requires killing the animal—and to make it illegal to import, export, or re-export.

Canada currently bans ivory from elephants killed since 1990, and remains one of only four nations that attended the 2018 International Union for the Conservation of Nature that objected to banning ivory trade domestically.

A comment from McKenna's office at the time would not say whether Canada was considering a ban on ivory.

Despite McKenna's posturing as a champion for the environment, the Trudeau minister has been called a hypocrite on more than one occasion by renowned Canadian academic David Suzuki.

In 2018, Suzuki called for McKenna to step down from her position as environment minister, accusing her of using her position "to try to justify the government's policies."

"It’s so hypocritical what McKenna is doing. To say that she really is committed to what they signed in Paris and that they’re going full bore. They’re using the Harper targets as their criteria for what they want to do. That’s ridiculous. Harper was a rabid climate denier, and they’re going to use his targets? What’s going on? I think McKenna should resign if she means what she says about climate change," Suzuki told The Canadian Press.

Additionally, McKenna was found to be using a "car and chauffeur" to attend both meetings where she would promote public transit.

Expense accounts show that the minister was driven to Rockland, Ontario to attend a photo op at a bus barn to "discuss the importance of public transit," according to Blacklock's Reporter.

Chauffeured drives include 400 kilometre round trips to Montreal to lecture McGill University students on the "challenges and opportunities of acting on climate change," while boasting about how progressive students were in that regard. "I love that young people are just taking action and getting on with it," tweeted McKenna.

The Post Millennial reached out to Minister McKenna's office for comment, but received no response at the time of this publication.