"I miss the most helping people because I can directly help people. That’s why I did it. Hey, look, this has been a very traumatic. I had a great life, great company, great business, no problems." 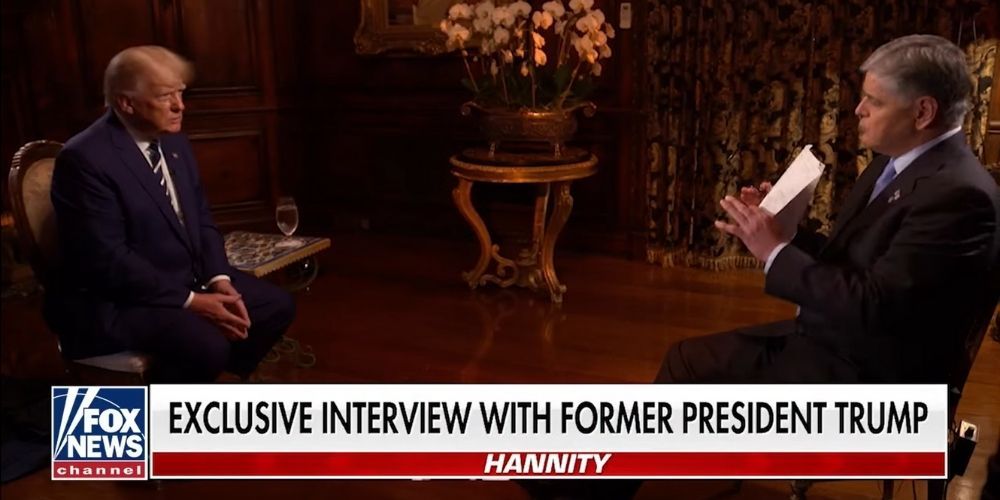 During an interview on Fox News with host Sean Hannity on Monday, former President Donald Trump said he was "very seriously" considering running in 2024.

"But the Senate…I tell you that at least eight senators would have lost their race. I could name them but I don’t want to embarrass them but that includes Mitch, who is heading south. He called me up. He said, I need your help. And I’m very popular in Kentucky. I love Kentucky. And they love me. And I helped him and he won by the most he’s ever won by. So we are going to help with the Senate."

Trump added that he was willing to travel, give speeches, and put on rallies for Republican candidates that wanted help. "If they need a rally, we’ll do a rally. We’ll do calls. We’ll do all sorts of things. No, no, we’re all in."

Hannity asked the former President what he missed most about the job. "I miss the most helping people because I can directly help people. That’s why I did it. Hey, look, this has been a very traumatic. I had a great life, great company, great business, no problems."

Trump discussed the reasons he might run as well as the reasons Congress was vulnerable for a change in the balance of power. "They see that their guns are going to be gone, their Second Amendment."