"If that's not an indictable offense, it's certainly an impeachable one." 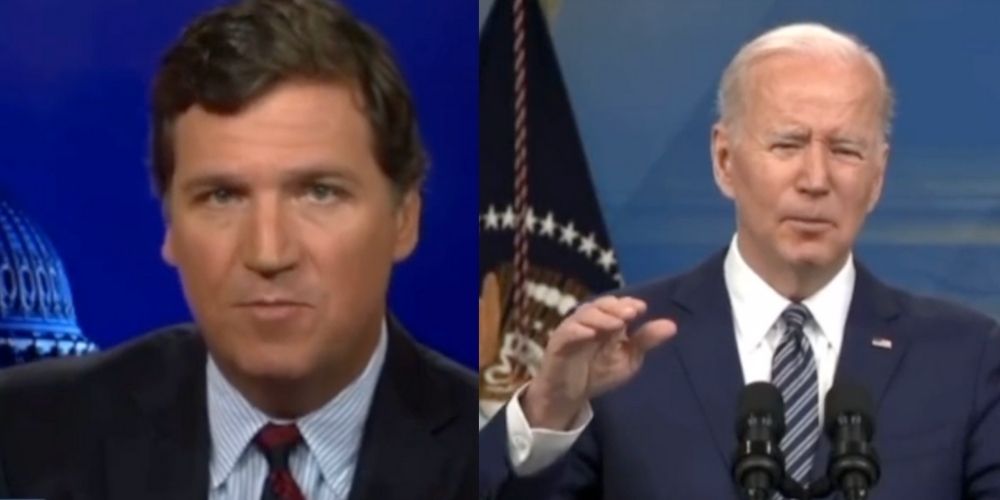 On Wednesday night's episode of Tucker Carlson Tonight, Carlson declared that President Biden has committed an "impeachable" offense after it was revealed that the Biden Administration has been selling off America's Strategic Petroleum Reserve to China and other overseas countries.

"As gas prices set records in this country, as American citizens - who were born here and vote and pay taxes - cannot afford to fuel their own cars," Carlson said, "The Biden administration is selling off our emergency oil reserves to China."

"If that's not an indictable offense. It's certainly an impeachable one."

In late March, President Biden released oil from America's strategic reserve under the auspices of easing gas prices for Americans. The president said, "There isn't enough supply. And the bottom line is if we want lower gas prices we need to have more oil supply right now."

Biden continued, "Today I'm authorizing the release of 1 million barrels per day for the next six months, over 180 million barrels... from the Strategic Petroleum Reserve."

Biden claimed it was a "wartime" effort to deal with "Putin's Price Hike." Carlson noted, "There was no reason to tap our Strategic Petroleum Reserve when we could produce the energy here and were in fact producing until Joe Biden took office."

Month's later, Biden's release from the Strategic Petroleum Reserve had little to no effect in a seeming rebuke of basic economics, which Carlson noted.

"Principles of supply and demand would suggest that this would work in the short term, releasing all this oil should have lowered gas prices until the reserve ran out, which it will," Carlson said.

When Biden came into office, the Strategic Petroleum Reserves held 568 million barrels, with Carlson noting that Biden's pledge to release up to 180 million barrels of oil being the largest release from the reserves in history.

Instead of gas prices dropping, "They've kept going up," and Carlson pointed to a recent Reuters report for the answer.

"It turns out the oil being released isn't for us. It's going to India and China."

According to Reuters, "More than 5 million barrels of oil that were part of a historic US emergency reserves release to lower domestic fuel prices were exported to Europe and Asia last month"

"Cargoes of SPR crude were also headed to the Netherlands and to a Reliance refinery in India," an industry source told Reuters. "A third cargo headed to china" another source told the outlet.

"We're giving it away to a government whose whole goal is to displace us on the global stage and crush us." Carlson said and noted, "The Chinese will be cruel masters when they run the world."

China is already purchasing cheap Russian oil due to the sanctions imposed by the West after Putin's invasion of Ukraine.

Carlson categorized the entirety of Biden's actions as "something so crazy and so dangerous, that only someone who was intentionally trying to harm the United States would even consider it."

"By the way, that country, China, also happens to be a longtime business partner of the Biden family. Now, a functioning Congress would investigate this immediately. The last president was impeached for what? Having a phone call with some corrupt Ukrainian politician? But no, they can't be bothered. They're still yelping about 'January 6 was an insurrection,' they're trying to ban your hunting rifle. So the White House is able to ignore the whole thing," said Carlson.