"If you're looking for election rigging, look no further, that is what this is. They kept information from the public in order to influence the outcome of the election." 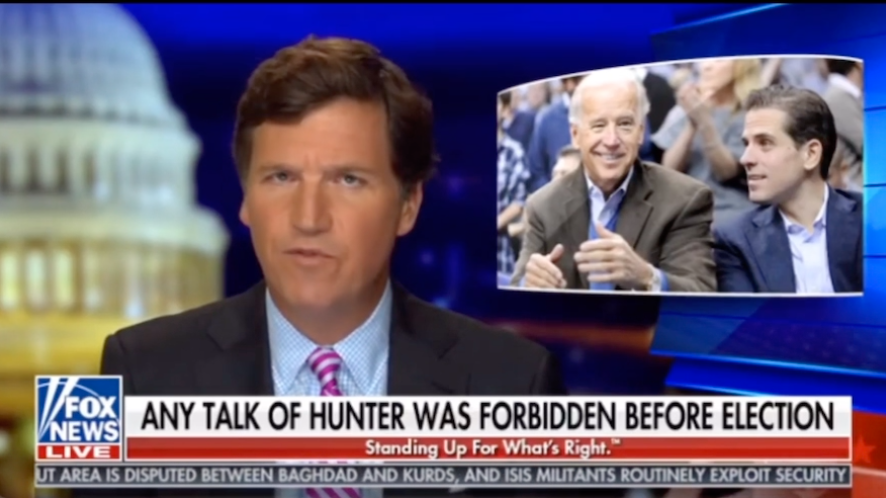 After the Biden Harris team released a statement on Wednesday in which Hunter Biden admitted that he is currently under investigation by the US Attorney's Office in Delaware, Tucker Carlson ripped into mainstream media and the Democratic party machine.

"All of them were lying," Carlson said. "If you're looking for election rigging, look no further, that is what this is. They kept information from the public in order to influence the outcome of the election. They rigged it."

Carlson ties together the pieces of the allegations into Hunter Biden's foreign business dealings, the refusal of mainstream media to cover it, Big Tech's suppression of the reporting, and the Democratic party's "eye-rolling" assumption that there was simply nothing to see here.

During election season, Joe Biden refused to answer questions as to what was going on, or to even entertain the idea that there could be any fire from which all the smoke emanated. Now, it is his office, that of the president-elect, that has issued a statement that directly addresses the fact that his son is under a Department of Justice investigation.

The same media outlets that had previously refused to entertain the idea that there could be anything worth looking into as regards allegations of influence peddling and shady foreign business transactions is now reporting on the statement released from the Biden Harris office.

The question remains, asked Carlson, as to why it was released at all. He asked who pushed them to do it, and why, and why now, noting that the Democratic party machine that installed Biden into office may not be looking to keep him there for his entire, four-year term.