Psaki said Biden doesn't take reporter questions and hasn't held a press conference because the "two historic crises," of the coronavirus and the economy, have kept his "focus, energy and attention." 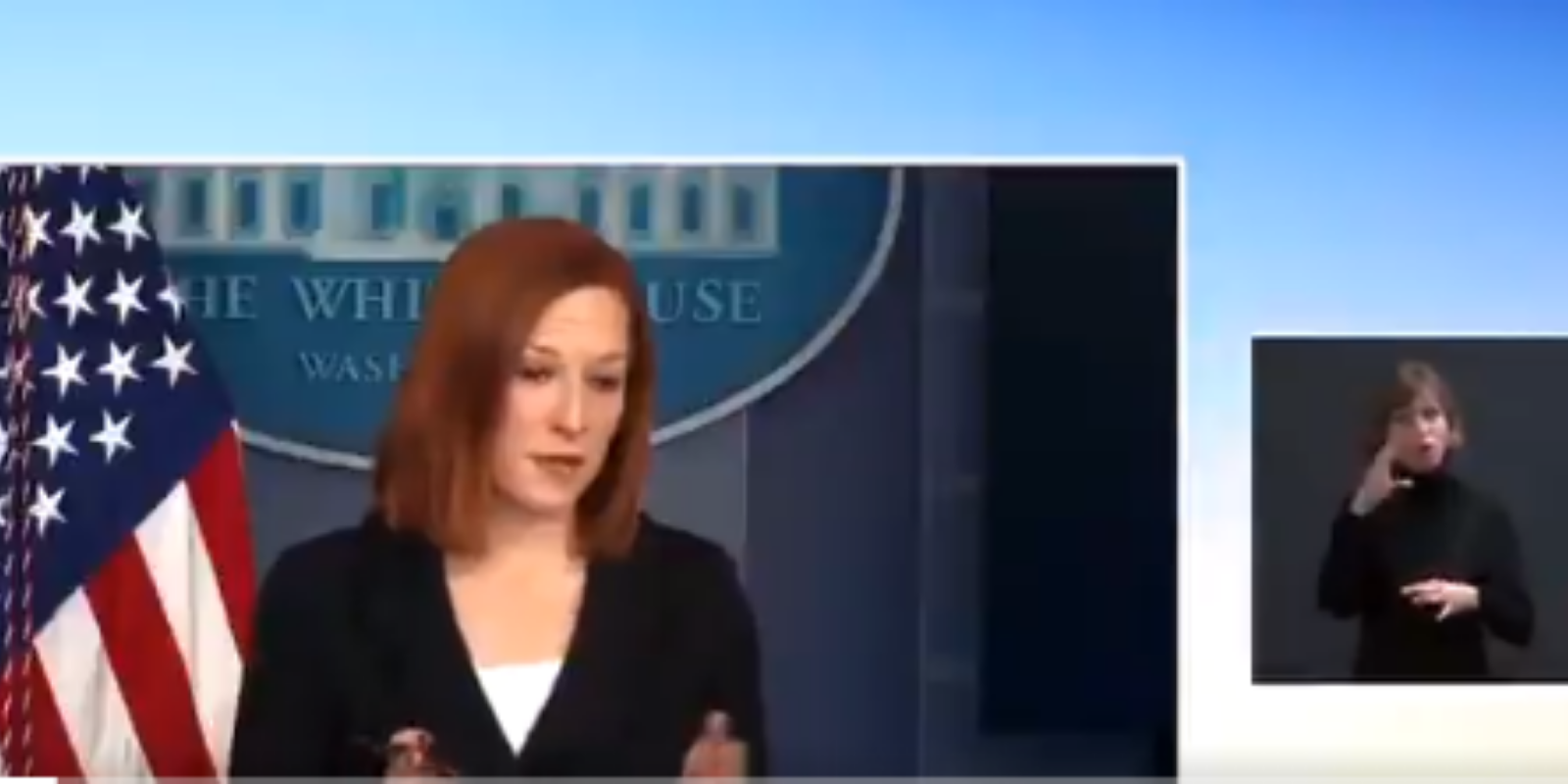 White House Press Secretary Jen Psaki once again has had to stall reporters who are very anxious to hold a proper press conference with President Joe Biden, who still hasn't had the first once since taking office.

Psaki said that the reason President Biden doesn't take reporter questions and hasn't held a press conference because the "two historic crises," of the coronavirus and the economy, have kept his "focus, energy and attention."

A reporter asked Psaki point-blank, "Why the delay, and when can we expect the president to hold a press conference?"

Responded Psaki, not directly answering the question, "Well, first, as all of you know, the President takes questions several times a week. He took questions actually twice yesterday, which is an opportunity for the people covering the White House to ask him about whatever news is happening on any given day.

"We look forward to holding a full press conference in the coming weeks, before the end of the month, and we are working a setting a final date for that, and as soon as we do, we will let you all know.

"But, this president came in during a historic crisis, two historic crises: a pandemic like the country had not seen in decades and decades, and an economic downturn that left ten million people out of work.

"So I think the American people would certainly understand if his focus and his energy and his attention has been on ensuring we secure enough vaccines to vaccinate all Americans, which we will do by the end of May, and then .... pushing for a rescue plan that will provide direct checks to almost 160 million Americans.

"That's where his time, energy, his focus has been. But in the meantime, he takes questions multiple times a week, and looks forward to continuing to do that. And as soon as we have a press conference, we will let you know."

The reporter responds that the current format of President Biden "taking questions" is "not an ideal forum for us to be asking questions. He can't hear us at the time, we get maybe two questions and then we're shuffled out. So, why hasn't he answered questions from the press at his point? Is it just that he's too busy?"

Psaki responded by basically repeating what she already said.