"This is actually the overwhelming consensus." 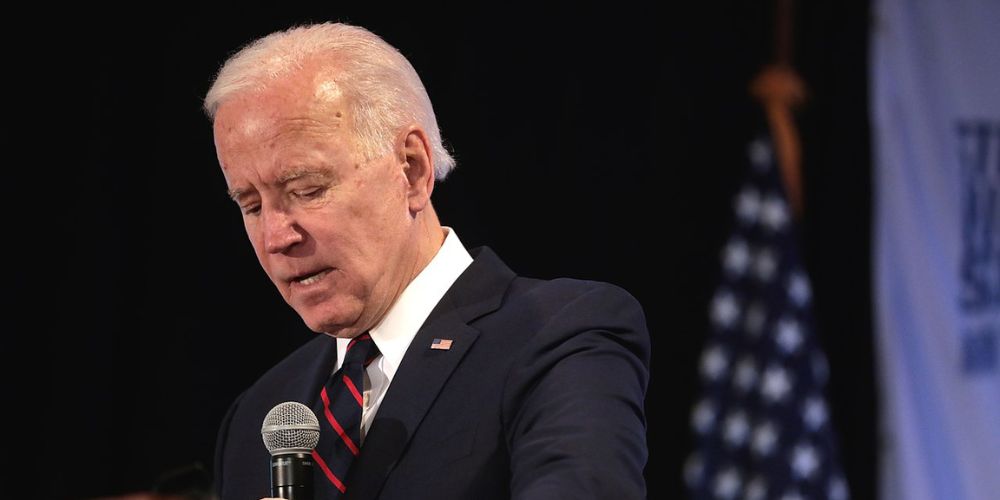 Economic experts and Biden Administration officials have come to a census regarding the Inflation Reduction Act, agreeing that the $739 billion democratic spending plan will do next to nothing to combat inflated prices over the next decade.

The massive spending package, which raises taxes for everyone except those making between $10,000 and $30,000 per year and offers incentives for Americans to spend money converting their personal energy usage to depend on renewable energy, will offset inflation by only .33 percent by 2031.

Moody’s Analytics chief economist Mark Zandi has noted that the bill, recently agreed upon by Sens. Chuck Schumer and Joe Manchin, will only marginally reduce the Consumer Price Index, an economic gauge on the price consumers pay for goods and services, and even that slim savings won't be seen until the later half of the decade.

"Through the middle of this decade the impact of the legislation on inflation is marginal, but it becomes more meaningful later in the decade," Zandi wrote in a report for Moody’s Analytics.

In response to Zane’s findings, Jesse Lee, Senior Advisor to Communications for the National Economic Council, said, "This is actually the overwhelming consensus."

Andrew Quinn, Chief Speechwriter and Strategic Communications Director for Senate Minority Leader Mitch McConnell, wrote on Twitter, "White House officials' own rosiest, best-case-scenario spin is that their 'Inflation Reduction Act' will have taken one third of one percentage point off inflation by nine years from now?"

According to the New York Post, the bill aims to fight inflation by implementing a 15 percent minimum tax on corporations reporting more than $1 billion in income per year, establish a drug price negotiation program, lower energy costs, increase tax enforcement by the Internal Revenue Service, "and taking a share of profits earned by general partners at private equity, hedge funds, and venture capital firms known as carried interest."

Experts have said though that these measures would likely prove ineffective.

Speaking with the New York Post, Alex Muresianu, a federal policy analyst with the Tax Foundation, said that the corporate tax, also called the "booking minimum tax," would "reduce supply in the long-run by reducing incentives to invest, particularly for manufacturing firms."

"Meanwhile, on the demand-side, by taking money out of the economy, tax increases in excess of the spending attached could reduce inflation incrementally, but there are a couple problems," Muresianu added. "First, in the first couple years, the bill does not net reduce the deficit — most of the net reduction in the deficit over the ten-year window comes in later years."

"And second, the tax increases like the book minimum tax are not focused on taxpayers with high marginal propensity to consume, meaning the tax increase does not come with a particularly large reduction in aggregate demand."

"So, on the whole," Muresianu said, "we should expect the bill to have a negligible impact on inflation. The Federal Reserve’s choices will play a much bigger role in whether or not inflation subsides than whether or not this bill passes."

"A deterrent to output would be that manufacturers would pay around half of all new levies," Galstyan also told the New York Post. "The legislation would subject small businesses to a horde of tax enforcers, driving up prices and limiting their capacity to serve customers."

"Inflation results from deep-set, fundamental issues and this bill does nothing to address those factors," said Lucier.

While lawmakers have assured the public that the bill would not increase taxes for Americans making under $400,000 per year, data released by the Joint Committee on Taxation (JCT) revealed that taxes will increase for everyone except those making between $10,000 and $30,000 per year.