In a media briefing on Air Force One, Press Secretary Jen Psaki fielded a question from a reporter about allegations laid out on Monday night by Tucker Carlson that the NSA is spying on him. 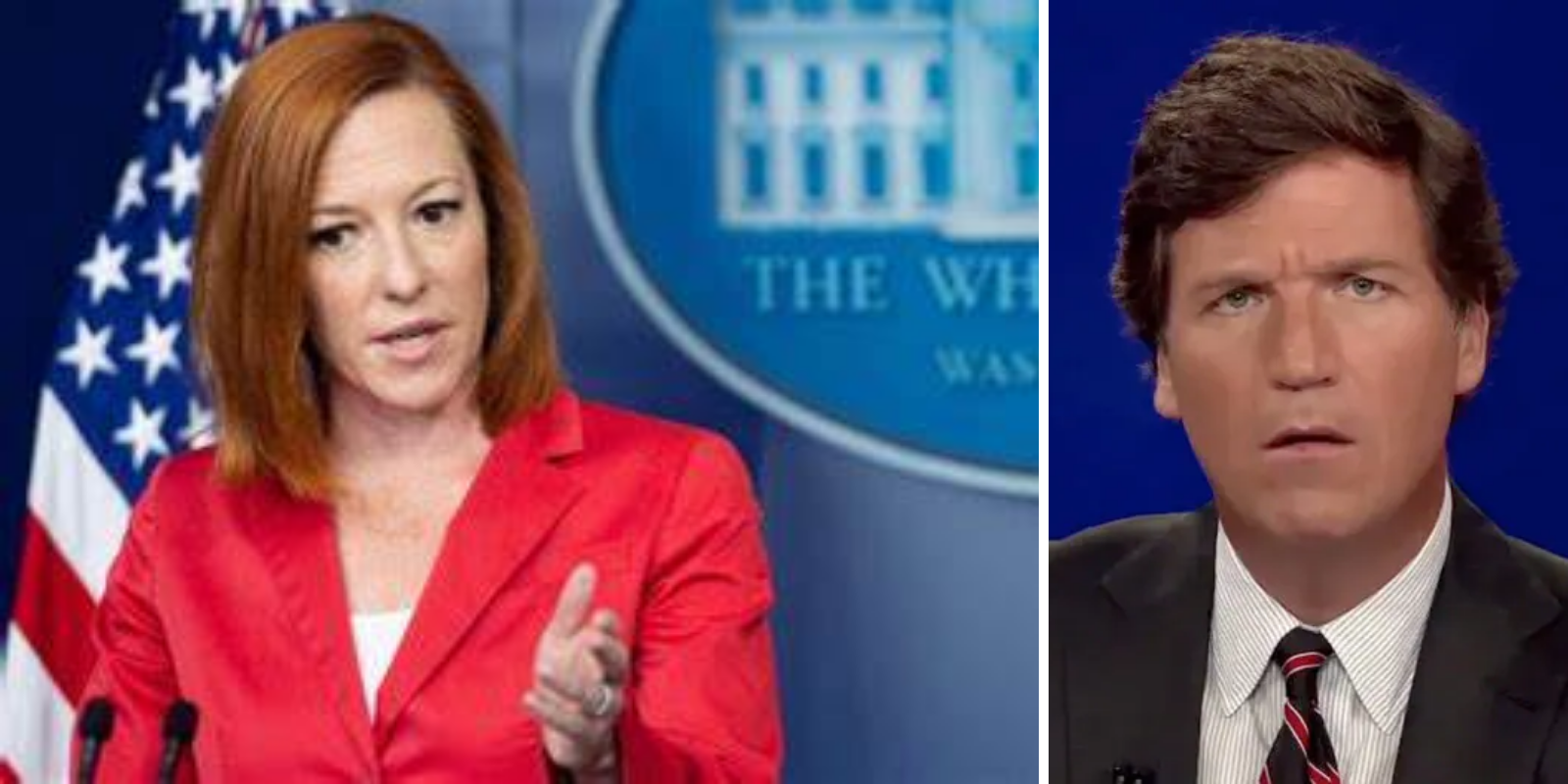 In a media briefing on Air Force One, Press Secretary Jen Psaki fielded a question from a reporter about allegations laid out on Monday night by Tucker Carlson that the NSA is spying on him.

"Tucker Carlson said that the NSA is spying on him. Is the administration aware of any espionage or listening efforts on US citizens by the NSA and is Tucker Carlson one of them?" Psaki was asked.

"Well the NSA ... is an entity that focuses on foreign threats and individuals who are attempting to do us harm on foreign soil. So, that is their purview, beyond that I would point you to the intelligence community," Psaki responded.

On Carlson's show he told viewers that "we heard from a whistleblower within the US government who reached out to warn us that the NSA, the National Security Agency, is monitoring our electronic communications and is planning to leak them in an attempt to take the show off the air."

Carlson claimed that the whistleblower added to his credibility by sharing information that could have only been known to someone with access to Carlson's personal text messages.

"The whistleblower, who is in a position to know, repeated back to us information about a story that we are working on that could have only come directly from my texts and emails," Tucker explained. "There was no other possible source for that information period."

Fox News filed a Freedom of Information Act (FOIA) request Monday morning asking for all of the information that the NSA and other agencies have gathered about Tucker Carlson’s show. Fox News also contacted the press office at both NSA and the FBI, attempting to get to the bottom of the allegations.