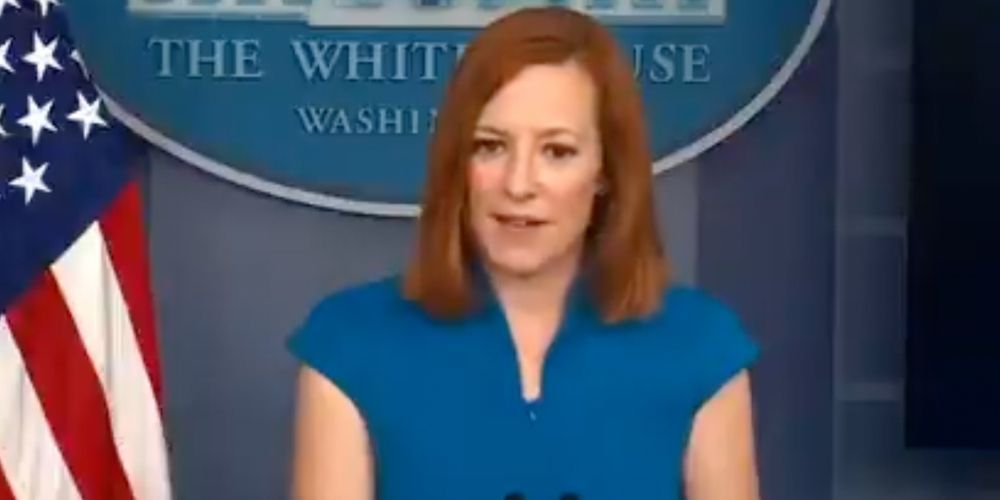 "As always, it’s a decision for the company to make and any platform to make, and clearly they’ve come out and made their decision," said Psaki. "Our view continues to be though, that every platform, whether it’s Facebook, Twitter, any other platform that is disseminating information to millions of Americans has a responsibility to crack down on disinformation, to crack down on false information, whether it's about the election or even about the vaccine as we’re trying to keep the American public safe and return to normal out in society."

"We learned a lot from President Trump, the former president, over the last couple of years about his behavior and how he uses these platforms," she continued.

"Feels pretty unlikely that the zebra’s gonna change its stripes over the next two years," Psaki added. "We’ll see."

"Does this decision validate what President Biden has repeatedly said about Mr. Trump which is that 'words matter?'" asked a reporter.

"I don’t know that it’s a validation, I think the president isn’t the only one who thinks that. Words do matter. Words do have an impact," replied Psaki. "We saw the impact on January 6 of words on social media platforms, and we’ve seen the impact of words as it relates to disinformation traveling around the vaccine, around election integrity."

"So of course we think words matter, this is a decision by a private sector company," Psaki continued. "We’ll see what their evaluation is a couple of years, and what other steps they can take most importantly."

Trump’s ban comes after the Facebook Oversight Board upheld Facebook’s suspension decision in May on Trump’s account. In the decision, the board criticized Facebook’s "indefinite suspension," and instructed the social media giant to review the decision and come up with a "clear and proportionate" response.

Trump responded to the decision Friday, saying that Facebook's ruling is an insult to the record-setting 75M people, plus many others who voted for us in the 2020 Rigged Presidential Election. They shouldn’t be allowed to get away with this censoring and silencing, and ultimately, we will win. Our Country can’t take this abuse anymore!"