A source said that Director-General Tedros Adhanom Ghebreyesus recently told a senior European politician that the most likely source of the COVID-19 virus was a catastrophic accident at the Wuhan Institute of Virology. 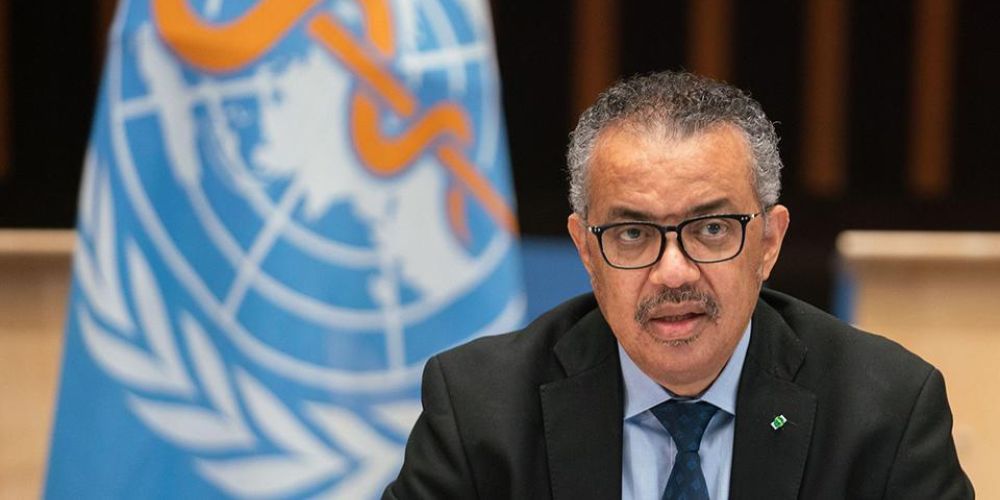 The director-general of the World Health Organization reportedly believes personally that the COVID-19 virus leaked from a Chinese laboratory, despite publicly, the group maintains that "all hypotheses remain on the table" regarding the virus’ origins.

According to the Daily Mail, a source said that Director-General Tedros Adhanom Ghebreyesus recently told a senior European politician that the most likely source of the COVID-19 virus was a catastrophic accident at the Wuhan Institute of Virology. Infections began circulating through the city in late 2019, only months before cases of the virus spread across the globe.

In Sunday’s paper edition of the Daily Mail, the outlet revealed concerns amongst Western intelligence services about the Wuhan Institute of Virology. At the institute, scientists were manipulating coronavirus samples in April of 2020 from bats that originated in caves nearly 1,000 miles from the lab, the same caves where the COVID-19 virus is suspected to have originated from.

The WHO had initially been criticized for its preferential treatment of China over the pandemic, as well as its acceptance of Beijing's claims that the lab leak theory was merely a "conspiracy theory."

After a lacking of evidence of the "zoonotic" spread of the virus, in which a virus spreads from animals to humans, the organization has adopted a more neutral public stance in regards to the virus’ origins.

Speaking to member states this month on the pandemic, Ghebreyesus admitted that "we do not yet have the answers as to where it came from or how it entered the human population. Understanding the origins of the virus is very important scientifically to prevent future epidemics and pandemics."

"But morally, we also owe it to all those who have suffered and died and their families. The longer it takes, the harder it becomes. We need to speed up and act with a sense of urgency," he continued.

"All hypotheses must remain on the table until we have evidence that enables us to rule certain hypotheses in or out. This makes it all the more urgent that this scientific work be kept separate from politics. The way to prevent politicization is for countries to share data and samples with transparency and without interference from any government. The only way this scientific work can progress successfully is with full collaboration from all countries, including China, where the first cases of SARS-CoV-2 were reported," he added.

The WHO established the Scientific Advisory Group for the Origins of Novel Pathogens (Sago) last year to "outline which studies would be needed to identify the origins of SARS-CoV-2 – as Covid is scientifically known – and to 'create a global framework for studying the origins of emerging and re-emerging pathogens,'" the Daily Mail reported.

The original probe into the virus’ origins resulted in a report that it had probably passed from bats to humans through another unidentified species.

Following this report, 14 nations, including the US, Uk, and Australia, criticized its findings as being compromised, with Ghebreyesus admitting that the report had flaws, and ordered a new one.

In the US earlier this year, Senator Rand Paul grilled NIAID Director Dr. Anthony Fauci on previous emails that he had sent to Dr. Francis Collins, in which Fauci sought to take down epidemiologists that believed COVID-19 came from a lab.

"In an email exchange with Dr. [Francis] Collins you conspire and I quote here directly from the email to create a quick and devastating published takedown of three prominent epidemiologist from Harvard, Oxford and Stanford. (Apparently, there's a lot of fringe epidemiologist at Harvard, Oxford and Stanford.) And you quote in the email that they are from Dr. Collins and you you agree that they are fringe. Immediately as this takedown ethic," Paul critiqued.

"A published takedown, though," Paul continued, "you know, doesn't exactly conjure up the image of a dispassionate scientist. Instead of engaging them on the merits you and Dr. Collins sought to smear them is fringe and take them down. And not in journals, in lay press. This is not only antithetical to the scientific method; it's cheap politics and it's reprehensible, Dr. Fauci. Do you really think it's appropriate to use your $420,000 salary to attack scientists that disagree with you?"