Amazon-owned grocery store chain Whole Foods Market will not permit poppies to be worn by employees under their newly updated uniform policy. 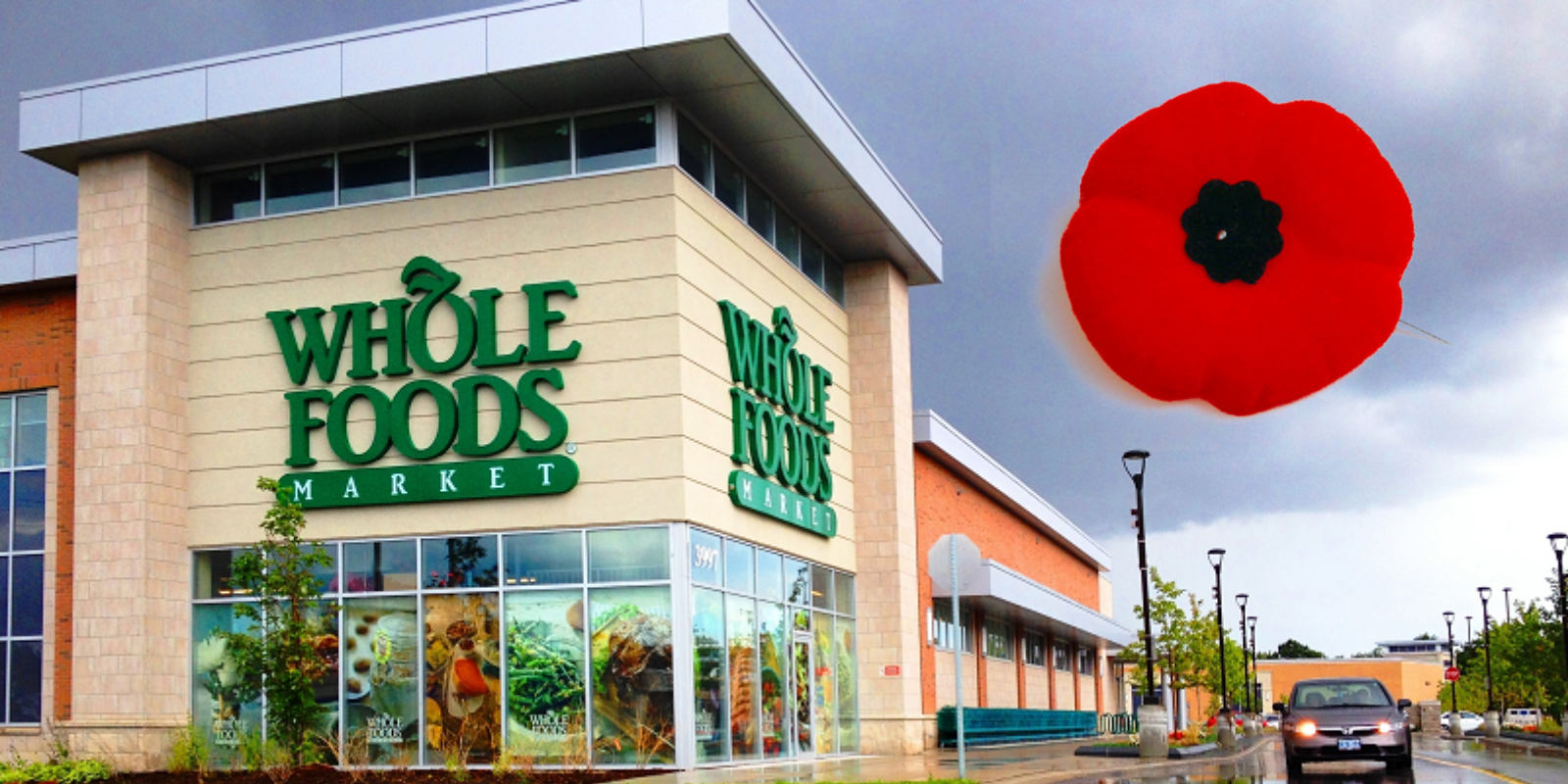 Amazon-owned grocery store chain Whole Foods Market will not permit poppies to be worn by employees under their newly updated uniform policy.

A Whole Foods employee in Ottawa told CBC that her supervisor said that the poppy would be seen as "supporting a cause."

"I was basically told … if they allowed this one particular cause, then it would open up the door so that they would have to allow or consider allowing other causes," said the woman, whose name was kept anonymous.

"I was in shock actually. I was appalled. I couldn't believe it."

The anonymous source said that she has been able to wear the poppy for several years prior.

Whole Foods confirmed in a statement that the poppy does not comply with its updated uniform policy, but did not say why.

"Whole Foods Market honours the men and women who have and continue to bravely serve their country," Whole Foods' statement read. "We support Remembrance Day in all of our Canadian stores by observing a moment of silence on Nov. 11 and by donating to the Legion’s Poppy Campaign."

"With the exception of those items required by law, our dress code policy prohibits any additions to our standard uniform."

"Whether you chose Canada or were born here, we all get to enjoy values like freedom, democracy and respect for others," the Royal Canadian Legion’s poppy website reads. "Veterans stood up for those rights but it’s up to us to uphold them."