Win or lose, Laurel Hubbard should not be competing in women's sports

At issue here is more than a few gold medals. What's at stake, fully and in a very real way, is the definition of the word woman and the female body. 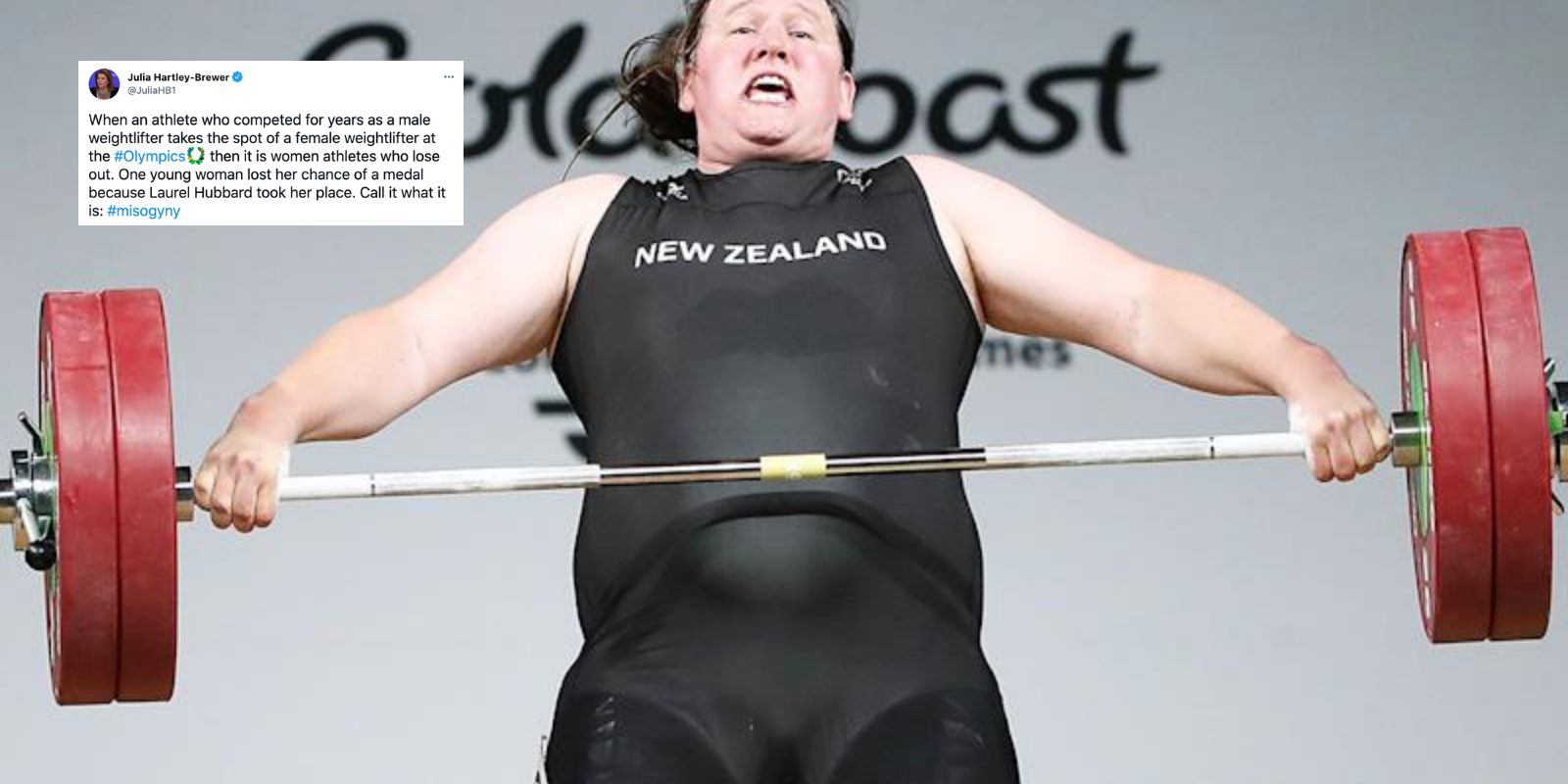 Laurel Hubbard will compete in the Tokyo Olympic Games on Monday. Hubbard represents New Zealand in the Women's +87kg. Hubbard, who is biologically male, identifies as transgender, and uses female pronouns, has caused international stir with her participation in women's weightlifting. The International Olympic Committee believes Hubbard is a woman, New Zealand believes Hubbard is a woman.

The upcoming competition, shown in the US on Monday, August 2, at 6:50 am eastern, will likely be watched by many seeking confirmation of their perspective that either trans women should compete in women's events, or that they shouldn't.

Articles have been popping up to discuss Hubbard's participation in women's sports since she won gold in the 2019 Pacific Games in the Women's +87kg, beating out two much younger, female competitors. Hubbard transitioned late in life, in her 30s, and is now one of the oldest Olympians competing. While many have rallied to Hubbard's defense, saying that "trans women are women," there are just as many who have said that it is not fair for a biological male, with all that biology entails, to compete athletically against women.

Often, the question comes down to winning. The case of Canadian archer Stephanie Barrett, who also transitioned late in life, barely made a splash at all. Barrett took up archery at the age of 37, and this year took a place on the Canadian Olympic Archery team. Barrett lost in elimination rounds to Turkey's Yasemin Anagoz. No big deal was made about Barrett's participation, or about her loss. Perhaps it was because Barrett didn't make a big deal about being trans, or because no one cares about archery. Hubbard's event, however, is likely to be watched by far more people than tuned in to Barrett's July 27 loss in Yumenoshima Field.

Hubbard's participation in the games is seen as far more of a bellwether than Barrett's. Perhaps because the photos that emerged from the Pacific Games in 2019 were so striking, with Hubbard standing atop the podium receiving gold while two young Samoan women appeared on either side, clutching silver and bronze medals, seemingly overcome with shame. Or maybe it's because Hubbard has been so outspoken about her right to compete against women, despite having such a poor weightlifting record prior to transition.

The International Olympic Committee stands behind the decision to allow Hubbard to compete in the games. IOC medical director Richard Budgett said in the lead-up to Hubbard's event that "transwomen are women," who should be included in women's athletic competition "when we possibly can."

For Budgett, the fact that Hubbard was the first transgender athlete to qualify since women's sports were opened to biological males who identify as transgender, makes a difference in whether or not it's the right thing to do. His argument is that since there haven't been that many of them, it's not a big deal that there are a few now.

"If you're prepared to extrapolate a bit from the evidence there is (and) consider the fact that there's been no openly transgender women at the top level until now, then I think the threat to woman's sport is probably overstated," Budget said.

"In my case," Ivy writes, "my Canadian birth certificate, driver's license, passport, American permanent-resident card and medical records all list me as female. Every sport organisation under which I compete, such as USA Cycling, Cycling Canada and Union Cycliste Internationale, considers me female."

For Ivy, the only reason anyone would differentiate between sex and gender is "in order to exclude trans women from so-called 'female only' spaces, including sport." Ivy says "they are wrong to do so," because it is "inconsistent and hypocritical to grant that trans women are 'women' but not 'female' and that trans women should not compete against 'female' athletes." Ivy says that since sports organizations don't make the distinction, and governments don't make the distinction on her identification papers, other people should have no problem with it as well.

But other people do have a problem with it, and Ivy's argument, as well as Hubbard's Olympic participation in women's weightlifting, shows clearly that this movement to force women, and the public at large, to believe fully that biological males who identify as transgender are in fact and in person actual women is a top down push. This is trickle-down social indoctrination.

At issue here is more than a few gold medals, or even more than a few women who are beaten in their chosen sports by biological males with suppressed testosterone levels who identify as transgender. What's at stake, fully and in a very real way, is the definition of the word woman and the female body. Are biological women something different from biological males or are they not? Can paperwork and desire make a male body into a female one? Is the mind so removed from the body that it can belief itself to embody a biological sex that its body does not reflect?

Whether Hubbard medals on Monday morning or whether she does not, the time for a reckoning is at hand. Either women exist as an identifiable entity, defined by physical characteristics related to their function as the mother of all human beings, or they do not.