Disney, DICKS, Target, PayPal and Amazon have all issued directives that they would pay for their employees to get abortions out-of-state. 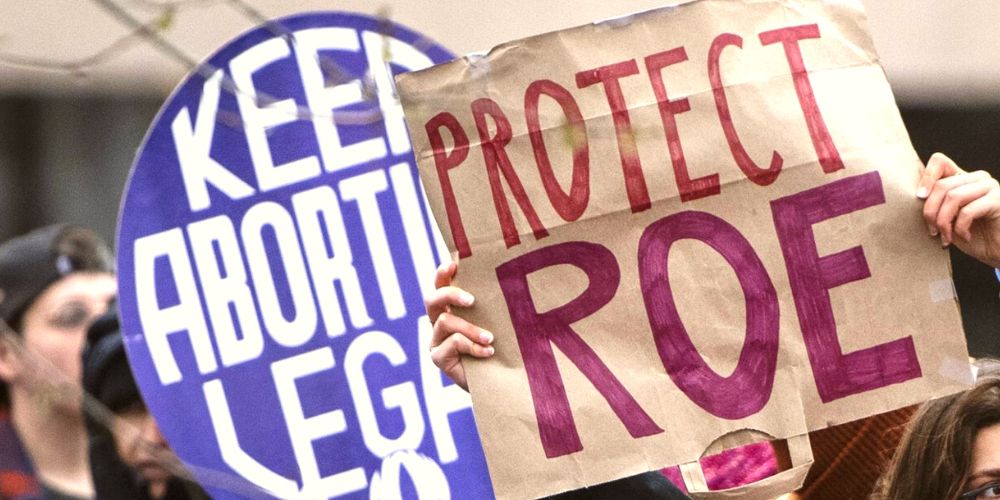 Following the Supreme Court’s decision last week to overturn Roe v. Wade, a group of large companies and corporations have emerged expressing their support for giving their employees access to abortion.

Amongst these companies is Disney, who has faced backlash in recent months for taking action against Florida's anti-grooming bill.

In an email sent to employees shortly after the Supreme Court's June 24 ruling, Chief Human Resources Officer Paul Richardson and Vice President of Enterprise Benefits & Well-Being Pascale Thomas reiterated the options available through the company's healthcare, even if a woman were to travel out of state for an abortion.

"We recognize the impact that today’s Supreme Court ruling could have on many Americans and understand that some of you may have concerns about what this might mean for you and your families, as medical and family planning decisions are deeply personal," the email read.

"Please know that our company remains committed to removing barriers and providing comprehensive access to quality and affordable care for all of our employees, cast members and their families, including family planning and reproductive care, no matter where they live," the letter continued.

The letter stated that the company has a benefits plan in place that will allow for travel to access care in other places if the medical procedure and care, like abortions, is not offered in their area.

In addition to Disney, the popular sporting goods retailer DICK'S issued a similar statement, noting that the company would offer up to $4,000 in travel expenses for a woman to obtain the procedure.

"In response to today's ruling, we are announcing that if a state one of our teammates lives in restricts access to abortion, DICK'S Sporting Goods will provide up to $4,000 in travel expense reimbursement to travel to the nearest location where that care is legally available," read a statement made by DICK's Sporting Goods President and CEO Lauren Hobart on LinkedIn.

The statement added that the benefit is available to all workers, their spouses and dependents, as well as one "support person."

PayPal has also stated that they would cover travel expenses for those seeking abortions out of state, writing in an internal email that "we are closely monitoring the implications of the Court’s decision and related developments so that we will be prepared to assist employees and their families who are affected directly by any changes in state laws."

"Today’s ruling by the US Supreme Court regarding Roe v Wade is historic and potentially unprecedented in its impact," the email stated. "The Court’s decision overturning long-settled, foundational law has significant impacts for the lives of millions of Americans. It allows for potentially widespread restrictions to reproductive healthcare access to immediately go into effect in states across the country. Over the longer-term, the decision may result in challenged to the legal basis of many other policies and civil rights, including LGBTQ+ equality."

In the email, PayPal reiterated existing benefits that employees can get through the company’s health insurance, including medical care, counseling, and paid time off.

They also noted that the company will "continue to seek opportunities to help address the economic impacts of the Court’s decision within our wider communities."

Target will also be covering travel expenses for their employees, according to a company memo obtained by CNBC.

The new policy, which takes effect in July, issues a reimbursement for healthcare travel, including mental health, cardiac care, abortions, and other healthcare services not available near an employee’s home.

"For years, our healthcare benefits have included some financial support for travel, when team members needed select healthcare procedures that weren’t available where they live," Target’s Chief Human Resources Officer Melissa Kremer said in the memo.

"A few months ago, we started re-evaluating our benefits with the goal of understanding what it would look like if we broadened the travel reimbursement to any care that’s needed and covered – but not available in the team member’s community. This effort became even more relevant as we learned about the Supreme Court’s ruling on abortion, given that it would impact access to healthcare in some states," she added.

In May, Amazon announced that it would be covering up to $4,000 in travel expenses annually for non-life threatening medical treatments which include abortions.

Arguably, these companies' decisions to cover abortions results in less money out of the companies' pockets in the long term, with less expectant mothers taking a leave of absence to take care of themselves and their newborns.

If women decide to go the route of abortion, companies won't have to search for temporary replacements or place additional, long-term strain on existing employees, because women typically are allowed to return to work in a few days in the case of both medical and surgical abortions.

According to pro-abortion organizations like Pro Choice America, access to abortions is vital for a woman’s success in the workplace.

"Reproductive freedom is critical not only as a human right, but also as a critical aspect of women’s overall economic and professional empowerment," the organization wrote.

Pro Choice America poses the question, "If a woman isn’t able to decide if and when she has children, how can she fully participate in the workforce in the way she wants?"