"I'm trans and non-binary," said SNL writer Celeste Yim, who goes by "celestrogen," on Instagram. "I use they/them pronouns. Transphobia is murder and it should be condemned."

"I'm trans and non-binary," said SNL writer Celeste Yim, who goes by "celestrogen," on Instagram. "I use they/them pronouns. Transphobia is murder and it should be condemned." Vulture wrote that comedy writer Yim "wants to make you feel big feelings."

In exclusive comments given to the New York Post's Page Six, an insider with SNL said that the writer are "not going to do the show. But none of the actors are boycotting." 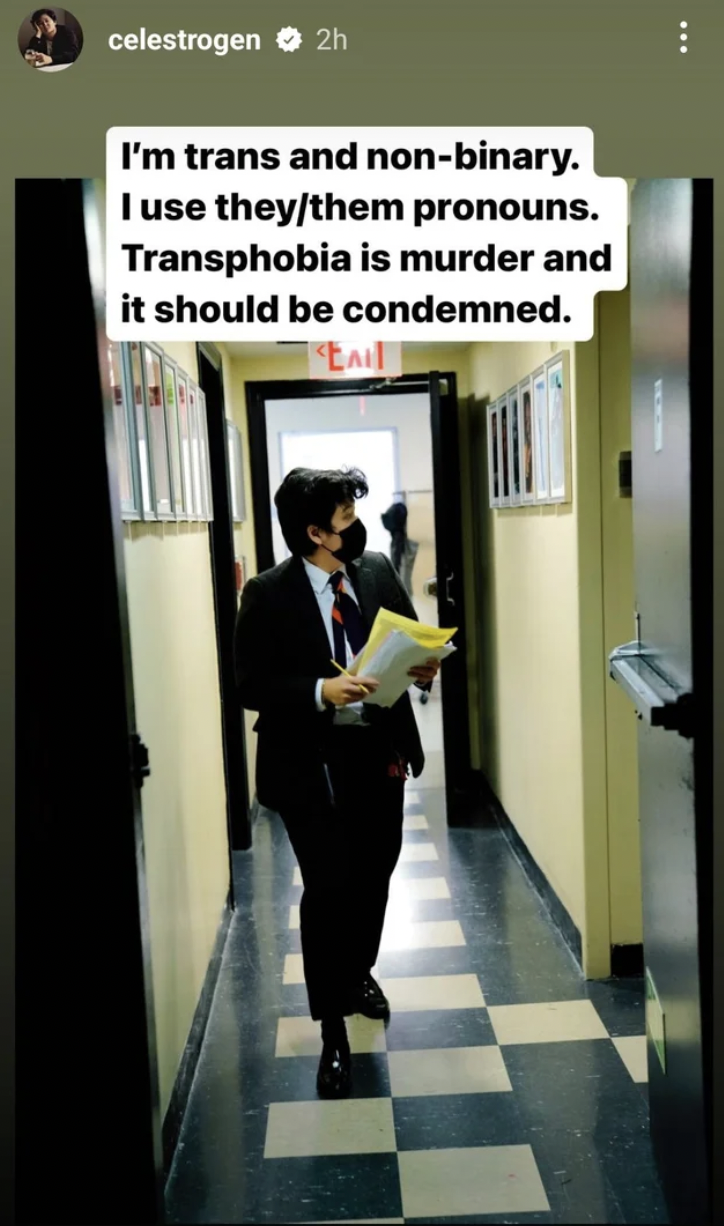 The concern from the writers are Chappelle's controversial jokes about transgender ideology, in which he's poked fun at the concept that men can become women simply by donning some femme apparel, mannerisms, and saying they are so.

Chappelle, who made many of the jokes during Netflix comedy specials, has refused to apologize for the laughs, has embraced the concept of "being cancelled" over the humor. The specials were, however, "hilarious" according to many reports.

But for SNL staff writers, the jokes that they deemed transphobic and homophobic just went too far.

This is not Yim's first time taking aim at comedy for being too friendly to problematic comedians. She praised a fellow Canadian comedian for boycotting comedy festival Just for Laughs in 2018 over sexual assault allegations levied at the founder of the festival. That Mauser, who appears to go by they/them pronouns, performed the boycott is a key component of their bio on their website.

At the time, Yim wrote criticized Bill Burr for praising Louis C.K., saying "We’re told that the endurance of rough circumstances is essential to a comedy backbone. What surrounds that backbone, however—presenting as cisgender, being white, having money and expendable time—matters. Evaluating merit in a system that only seems to value one kind of person lacks empathy; and it’s a tradition that’s becoming difficult to honour without criticism."

Yim also said it was wrong to laugh at Asian accents, and that so doing is a "form of racial violence."

A rep for Chappelle told Page Six that he attended a writers' meeting earlier in the week, and that “there was no evidence of a boycott."

"The room was full of writers," the rep said. "They all pitched ideas and they seemed very excited about it…. Dave is looking to have some fun."

This will be Chappelle’s third time hosting the sketch comedy show. Black Star is scheduled to be the musical guest for the episode.

The comedian last hosted show in 2020, which was before Netflix released Chappelle’s 2021 special "The Closer." The special stirred up controversy because many of the jokes were aimed at the trans community.

SNL's Molly Kearney is the show’s first out non-binary cast member after joining the group in September, and she was referenced during the predictable woke backlash on social media.

Some users addressed how Kearney "must feel" about Chappelle's hosting gig, and said they were "feeling for Molly Kearney right now."