Perhaps inspired by “Home Alone,” one woman in has taken it upon herself to fend off package thieves or “porch pirates” this year. 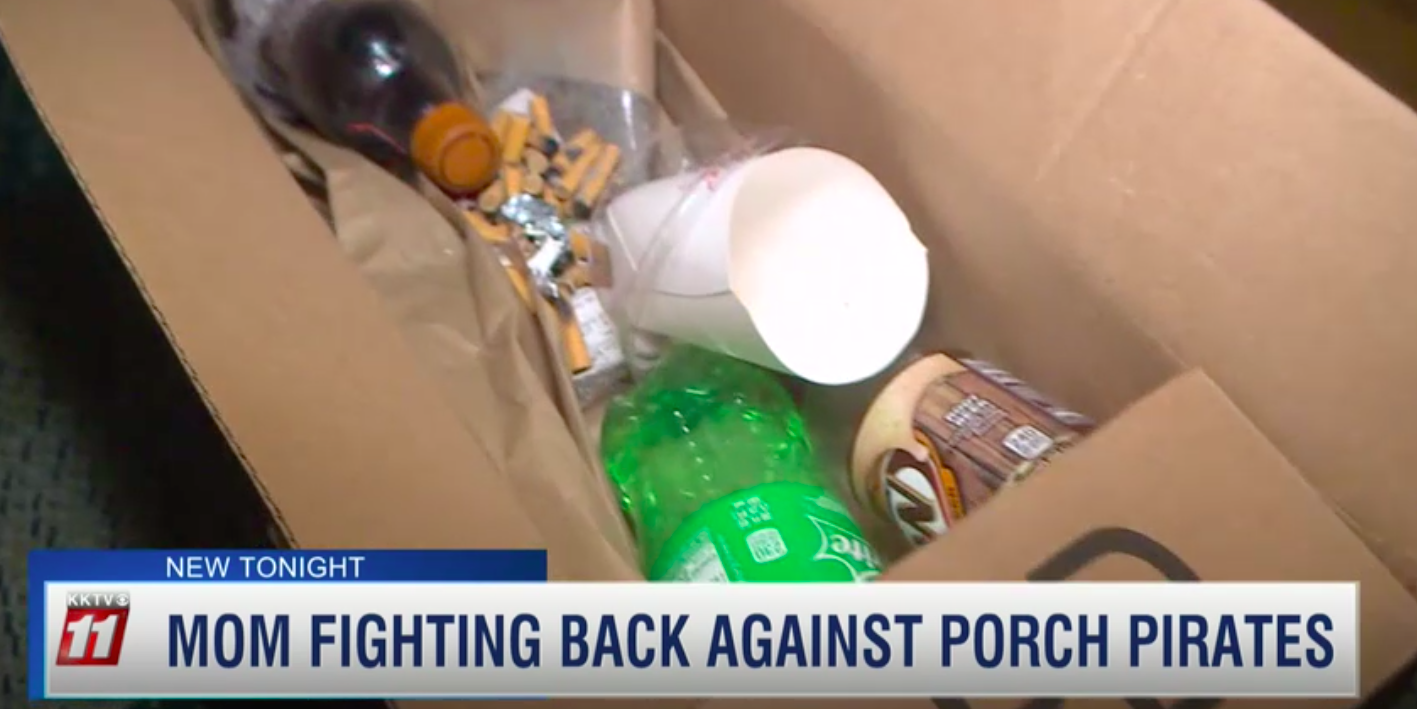 Perhaps inspired by “Home Alone,” one woman in has taken it upon herself to fend off package thieves or “porch pirates” this year. She decided to fill her old amazon boxes with trash and put them back outside of her front door.

Colorado resident, Christine Hyatt has had multiple packages stolen from her front porch. She told KKTV that there has been at least 20 incidents so far.

She tricked the thieves into taking out her trash for the third time on Wednesday.

“We forgot to set our trash out for Thanksgiving, so we were overflowing with trash,” Hyatt told KKTV, “I’ve had packages stolen and I went, ‘You know what? I have extra boxes — let’s see if someone will take our trash!”

Hyatt became fed up with the criminals after one of the packages they stole contained diabetes medication meant for her daughter.

“She can’t afford to have her own medication stolen just because people are jerks. This is my way of fighting back.”

She is planning on having her next package include things like cigarette butts, food wrappers and kitty litter.

Hyatt also noted, “My daughter told me that it was gross, but they deserve it.”

She also wanted to extend a thank you to the thieves involved in taking out her trash free of charge.