A Virginia family enduring one of the hardest periods of their lives after a horrific fire burnt down their childhood home, along with the news of the tragic death of her sister in a car accident. 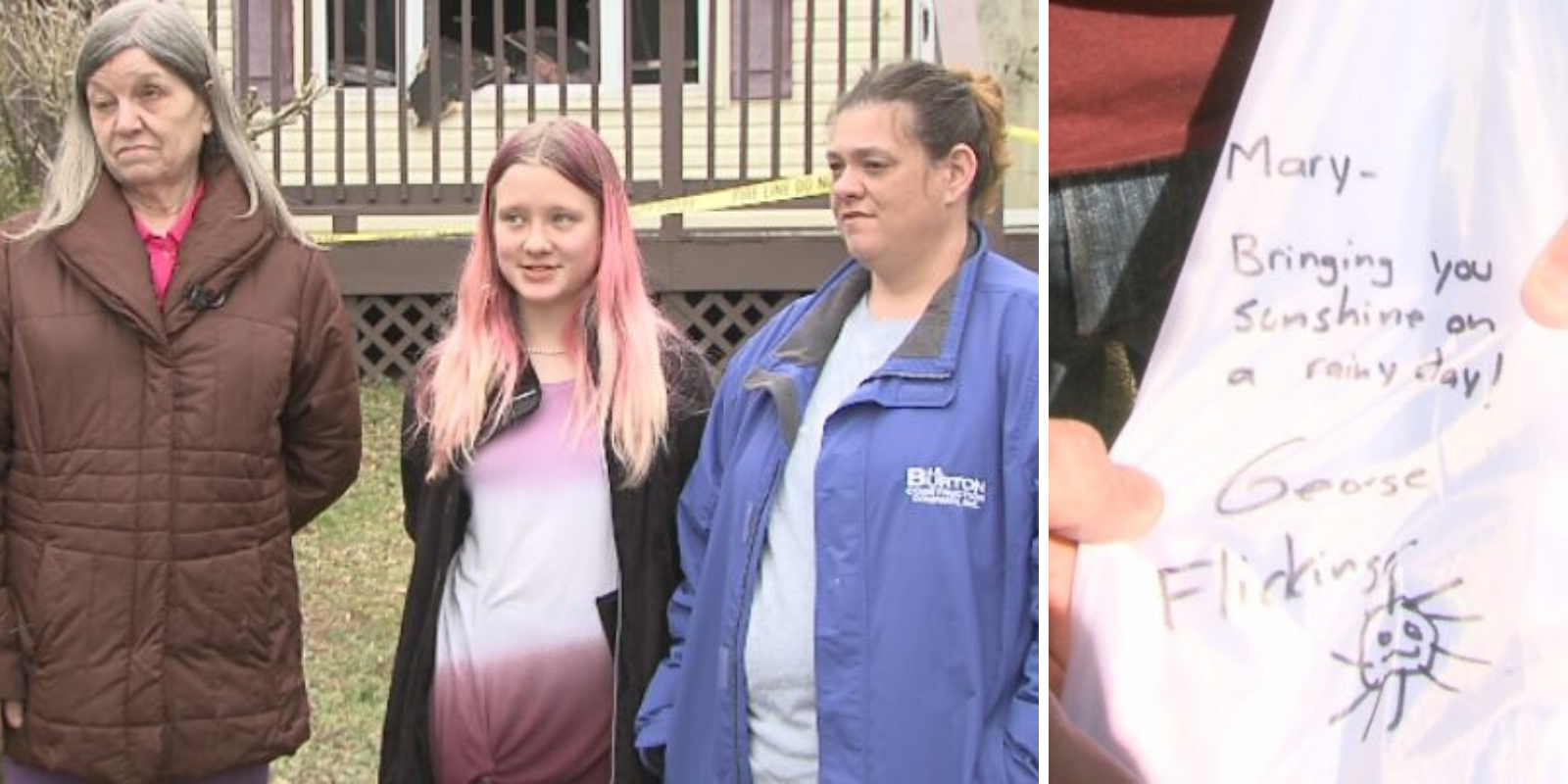 A Virginia woman is going through one of the hardest periods of her life after a horrific fire burnt down her childhood home. Even worse she lost her sister in a tragic car accident the same night.

ABC’s meteorologist drove down to Mary, who had lived in her now-smouldering home for over 40 years, having raised her five children in it, before it burnt down on February 24.

“I was in my living room and I smelled something burning,” she said. “It wasn’t too long before the fire department got here.”

After exiting the home, Mary learned that her sister died in a tragic accident only miles away from her home that same night, when she crashed into an oncoming pickup truck.

The umbrella wasn’t the idea of the ABC affiliate, though. As it turns out, Mary’s daughter reached out to the meteorologist informing him that they had lost an old family heirloom in the fire—their umbrella.

“We have (a new) umbrella and I’ve never actually signed one of these before, but you have your own ABC13 umbrella, to you, bringing you sunshine on a rainy day,” said meteorologist George Flickinger.

Mary described the situation was “rough.”

“It was rough to see my home burning up and then apparently that night my sister had passed away on her way to my house,” said Mary.

On the umbrella was a note that read, “Mary, bringing you sunshine on a rainy day!”

The cause of the fire is still not yet determined.