“We formed LGB Alliance because we were not prepared to see lesbians erased. I'm proud to speak for lesbians attracted to human females. A lesbian is attracted to another biological woman. Full stop.” 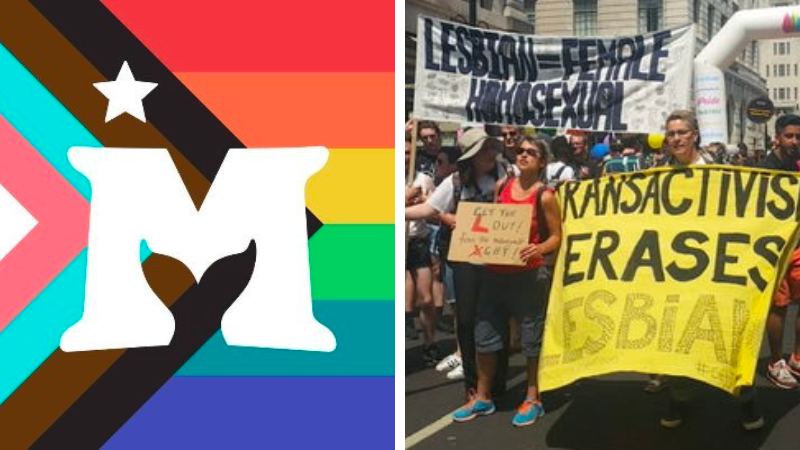 Mia Ashton Montreal QC
Sep 15, 2022 minute read
ADVERTISEMENT
ADVERTISEMENT
Powerful testimony was given on Thursday in a British courtroom when LGB Alliance co-founder Kate Harris took to the stand for her second day of cross-examination.

The LGB Alliance, a gay rights charity set up by lesbians, is defending itself against an appeal by trans rights charity Mermaids for The Charity Commission to strip the group of its charitable status, awarded last year. It is unprecedented for one charity to take another to court to challenge its right to exist.

During Thursday's cross-examination, Michael Gibbon KC, counsel for Mermaids, raised the issue of whether males have the right to identify as lesbians. He referred back to testimony given on day two of the hearing by Paul Roberts OBE, a witness for Mermaids, who testified that lesbian dating apps should include male cross-dressers, as reported by The Post Millennial.

Gibbon put it to Harris that some people, like Roberts, believe the term lesbian can include someone who is a woman as a result of “gender-reassignment.”

Harris was visibly distressed by this statement, leading Court to be adjourned. When it reconvened, Harris gave  passionate and moving testimony.

“My good friend Allison Bailey said the word lesbian is taken," Harris said. "The word is taken by us. I'm going to speak for millions of lesbians around the world. We love other women. We will not have that stolen from us.”

“There have always been men who say they 'feel they're a lesbian tee hee hee'. Always jocular. Lesbians often a laughing stock. We will not be. We will not be erased and no man with a penis will tell us he's a lesbian because he feels is," Harris went on.

When Gibbon then suggests that Roberts’s view is different and not jocular, Harris replied:

“Paul Roberts is far more offensive. He had no interest in lesbians. In particular, the 4,000 percent increase in girls who think they’re trans. I felt indifference from him about [the] phenomenon.”

“We formed LGB Alliance because we were not prepared to see lesbians erased. I'm proud to speak for lesbians attracted to human females. A lesbian is attracted to another biological woman. Full stop.”

Roberts isn’t the only witness called by Mermaids who believes there is such a thing as a male lesbian. In a remarkable cross-examination reported in The Post Millennial on Tuesday, British MP John Nicolson stated: you are a lesbian because you declare yourself one. No one has to inspect you and confirm you are a lesbian."

Harris went on to say that LGB Alliance was also set up because they were concerned about children growing up fed myths and lies that it is possible for humans to change sex, and that young people have a “fundamental right of going through puberty.”

She continued by saying that LGB Alliance wants people to look at the social phenomenon of young girls being put on a medical pathway and having mastectomies, something she believes to be “well worth looking at” and questioned why charities like Mermaids, Stonewall, and LGBT Consortium aren’t bothered by it.

Mermaids feel justified in bringing this action because they believe the purpose of LGB Alliance, a group set up to defend the rights of same-sex attracted people, is “the denigration of trans people and the destruction of organizations that support them.”

One main area of contention between the two groups is the definition of homosexuality. LGB Alliance maintain that it means to be same-sex attracted, while Mermaids believe it means to be same-gender attracted. This gives us the concept of the male lesbian: a heterosexual male who identifies as a woman and is attracted to women. Many lesbians find this deeply offensive.
ADVERTISEMENT
ADVERTISEMENT
mermaids lgb