An innocent bystander, McGill was the only fatality recorded during the incident. 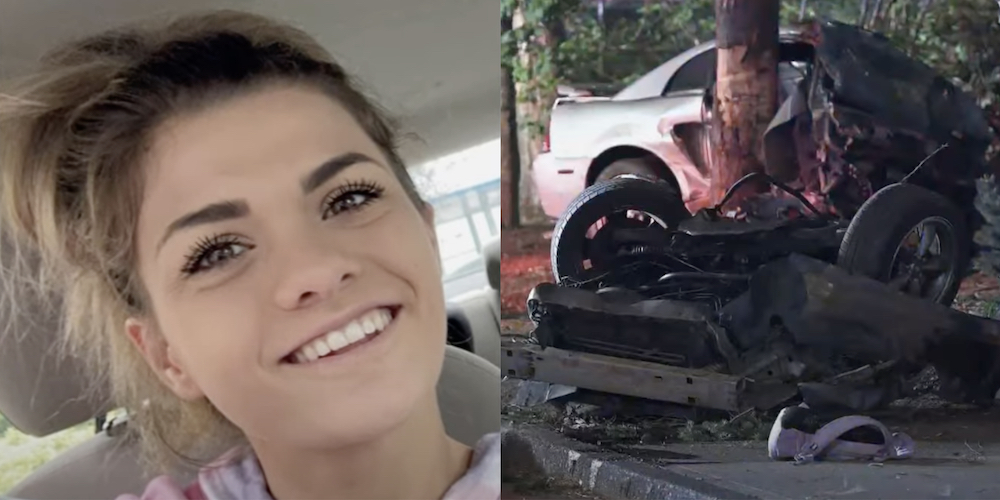 On August 28, 26-year-old Ashlee McGill was struck and killed after a vehicle lost control during a street race and jumped the curb, slamming into the bench where she was sitting waiting for a bus.

McGill, an innocent bystander, was the only fatality recorded during the incident.

According to Portland Police, officers received reports of a crash on Southeast Stark Street and Southeast 133rd Avenue at 5:30 am on Saturday August 27.

Upon arriving at the scene, they found one car wrapped around a tree, and another that had been hit in the process.

The driver of the vehicle was transported to a local hospital with "unknown injuries."

"They say [the car] hit so hard, it exploded the bench," she added, noting that authorities would not let her see her daughter's body because it was "pretty bad."

McGill's mother went on to point out that accidents caused by street racing hurt more than just the drivers.

"Slow down and think before you do things," she warned potential racers. "There's more lives than just yours you're putting on the line."

In the days since, a memorial has been set up for McGill and a small vigil was held.

The family has also set up a GoFundMe to raise money for her funeral costs.

"Ashley had a fierce love for her son Ryker and could brighten up any room with her cheery smile and demeanor," wrote her uncle, Jeff.

"Her candle was put out far too soon, and her loved ones are simply not ready emotionally or financially to let her go. Please, if you can find it in your heart to ease their burden with her funeral expenses, any contribution will help."

No arrests have been made as of yet, however the investigation is ongoing.