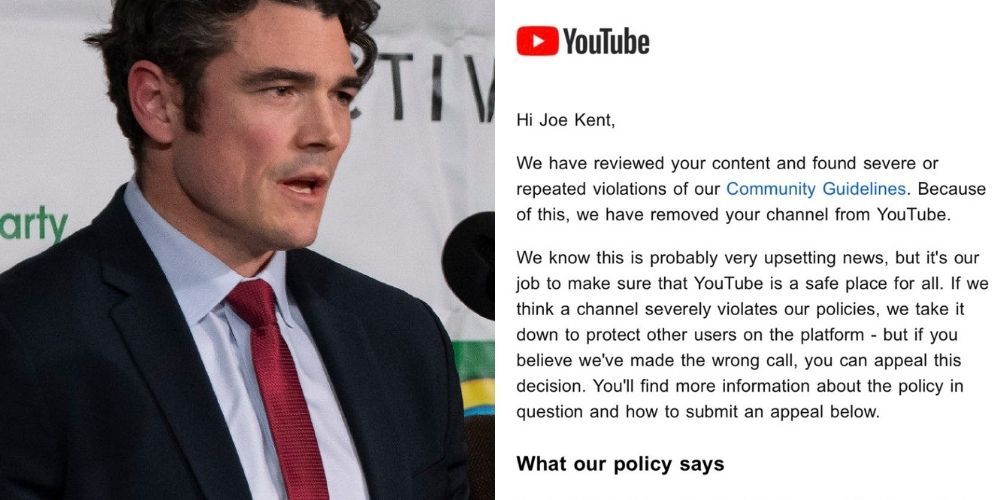 "You Tube is censoring Congressional candidates without warning," Kent said on Twitter. "Oh well, We have rumble."

According to YouTube, Kent's channel was banned for "severe" and "repeated" violations of the company's Community Guideline policies.

"Hi Joe Kent," YouTube said in an email. "We have reviewed your content and found severe or repeated violations of our Community Guidelines. Because of this, we have removed your channel from YouTube."

"We know this is probably very upsetting news, but it's our job to make sure that YouTube is a safe place for all. If we think a channel severely violates our policies, we take it down to protect other users on the platform," YouTube continued.

Although YouTube banned Kent's account, they failed to provide the candidate with an example of his "severe" breach towards their community guidelines that allegedly harms other users.

Kent, who is running on America-first policies, was endorsed by President Donald J. Trump in September.