Zelensky to be immortalized as 'heroic' action figure

This was the same company that made the Dr. Anthony Fauci dolls. 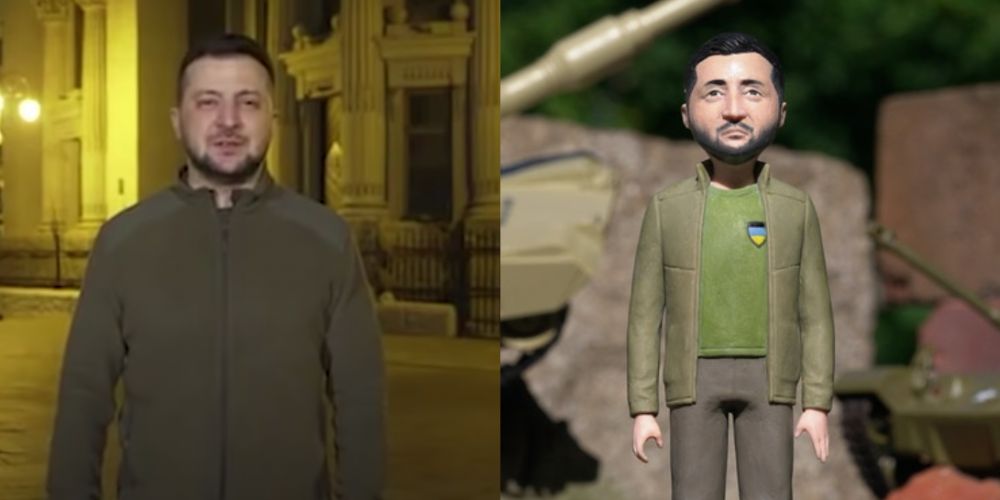 Ukrainian President Volodymyr Zelensky is set to get his very own action figure after a kickstarter for the project raised $90,000 towards the manufacture of the toy, which is three times the project's original goal of $30,000. "We don't need more superheroes," the kickstarter page reads, "Just give us a few more real people with big hearts, who are willing to face impossible odds."

Zelensky, a former actor turned president, has captured the imaginations of America's cultural elites, from editors at Vogue, where his wife recently graced the cover, to Hollywood, where otherwise peaceful celebrities are calling for outright carnage.

The project originated with Jason Feinberg's Brooklyn based company FCTRY and is tagged by Kickstarter with the official "Project We Love" slogan. FCTRY describes themselves as "a small, family-owned, for-profit company" and they're "not going to solve the world's problems" but do "have an idealistic bent."

This was the same company that made the Dr. Anthony Fauci dolls.

Recently this summer toy manufacturers like NECA have announced new Teenage Mutant Ninja Turtles action figures while MacFarlane toys unveiled their new Batman '66 figurine. But FCTRY promises two versions of Zelensky for ages 8 and up to compete with these popular action heroes. One is the "Original Zelensky Action Figure'' the other is the "Limited Edition Zelensky in Black."

"The suit and tie are gone. The polite, diplomatic filters have been removed. Now he’s David facing Goliath. It's a terrible spot to be in - but it would be also be hard to imagine anyone handling it better," FCTRY writes. "He's not a superhero. But he sure is heroic."

The FCTRY Zelensky would be the second figure of the Ukrainian president as Chicago-based toy company Citizen Brick made a popular Zelensky LEGO-inspired minifigure. That toy retailed for $100 each and sold out in hours.

According to Hyperallergic, the LEGO Zelensky company, owned by LEGO enthusiast Joe Trupia, also made Ukrainian flag emblazoned Molotov cocktail accessories that could be bought for $20.

The sale of the LEGO Zelensky raised $145,000 for the nonprofit organization Direct Relief who sends medical aid in Ukraine.

In an interview with NPR, Trupia said of Zelensky, "it really is an uncommon kind of heroic act, I think. It really impressed me that he was kind of staying there for his people and really kind of leading the way that they needed him to at the minute."

Trupia also said he would not make any more of the figures as he'd been affected by supply chain issues.