19 suspected gang members and 10 military personnel have died so far. 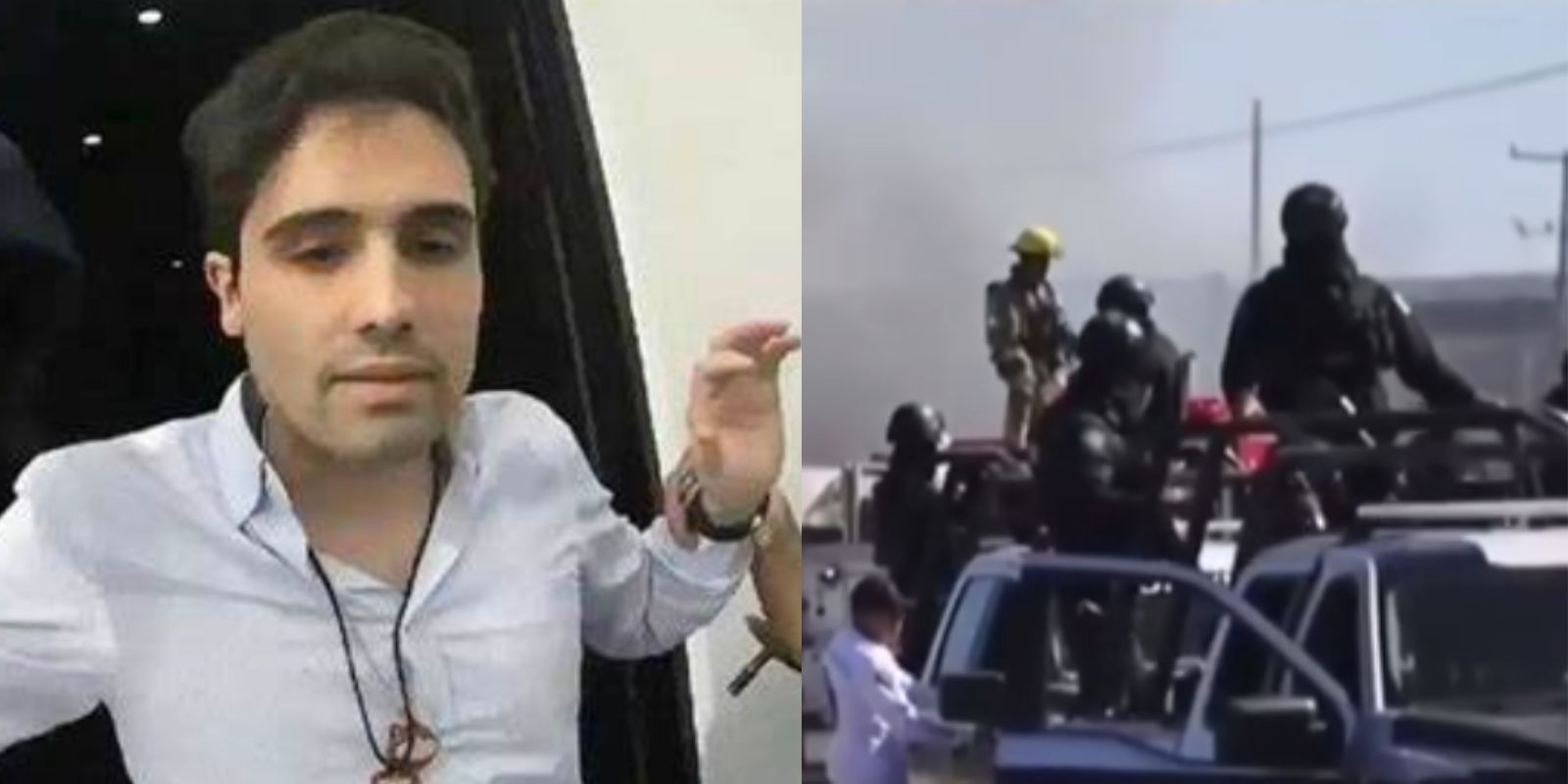 The epicenter of the conflict is in the city of Culiacán, where members of the Sinaloa Cartel put up roadblocks on public streets, set vehicles ablaze, and attacked airports and planes. In 2019, Guzman was arrested but quickly let go due to retaliation by the cartel. The day of his previous arrest became known as "black Thursday" to locals, according to Mexico News Daily.

Harrowing cell phone footage captured on a flight taking off from Culiacán shows civilians being forced to hit the floor as the fuselage is hit by cartel members, though no one was reported to be injured.

The mayor of Ahome, located in northern Sinaloa, Gerardo Vargas Landeros, warned of violence on Mexico Highway 15 and the surrounding area.

"We ask you please not to go out, to take shelter in your homes. It is an operation carried out by the federal forces, an operation that began in the city of Culiacán and is having repercussions in the north of the state. We will continue to keep you informed," the mayor said.

The mayor of Mazatlán, another Sinaloa municipality, also made a similar announcement.

"Vehicle debris and blockades are being presented in different parts of the city. We ask the public not to go out. We are acting accordingly," the Sinaloa security ministry said on Twitter.

People are being advised to remain home from work due to safety concerns.

According to Reuters, 19 suspected gang members and 10 military personnel have died so far.

Guzman, who's drug lord father is currently serving a life sentence in the US, had been wanted by both Mexican and American authorities for running about 11 meth labs across Sinaloa state as well as several connected murders, reported LBC.

The violence comes just days before President Joe Biden is scheduled to visit Mexico for the North American Leaders Summit.

Guzman is reportedly being held in Mexico City.

The outbreak of violence also comes as former President Donald Trump declared that cartels should be labeled as enemy combatants. Trump said that he would deploy the Navy and Special Forces to defend the security of the Western hemisphere.

"The drug cartels are waging war on America—and it's now time for America to wage war on the cartels," President Trump said in an announcement released on Thursday. "The drug cartels and their allies in the Biden administration have the blood of countless millions on their hands. Millions and millions of families and people are being destroyed. When I am back in the White House, the drug kingpins and vicious traffickers will never sleep soundly again."
ADVERTISEMENT
ADVERTISEMENT
mexico