Suspects Jose Zendejas, 25, and Benito Madrigal, 19, were arrested during a traffic stop on Friday after Tulare County sheriff's deputies found 150,000 fentanyl pills worth an estimated $750,000 in their vehicle. 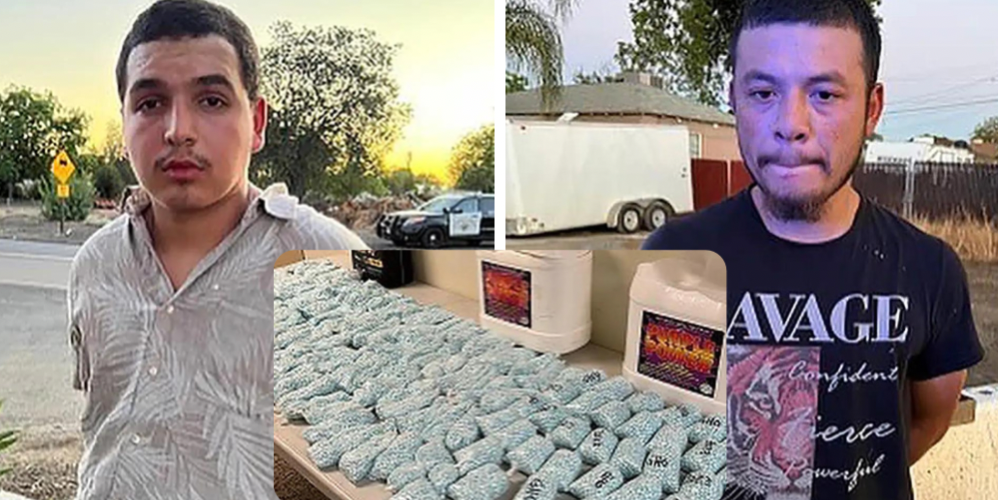 The state of California has released two alleged high profile drug traffickers just days after they were caught with 150,000 fentanyl pills.

Suspects Jose Zendejas, 25, and Benito Madrigal, 19, were arrested during a traffic stop on Friday after Tulare County sheriff's deputies found 150,000 fentanyl pills worth an estimated $750,000 in their vehicle, according to New York Post.

Zendejas and Madrigal were booked into Tulare County Pre-Trial Facility on charges of possession, transportation, and sales of illegal drugs.

However, the two suspects have since been released on their own recognizance after a judge granted them a court order, the outlet reports. That order requires them to appear in court on their own accord.

On Monday, the Tulare County Sheriff's Office slammed the judge in a statement, feeling it necessary "to clear up any confusion."

"All inmates booked into Tulare County jails are sent through what is known as the Risk Assessment Process through the Tulare County Probation Department," the statement said.

"That 'Risk Assessment' is then sent to a judge with the court, who, then, determines whether or not the individual arrested is held on bail or if they are to be released," it continued. "Although Sheriff [Mike] Boudreaux strongly disagrees with the release of these individuals as a matter of public safety, the court order release must be followed."