"That feeling, along with the memory of a car accelerating directly into us, will haunt me forever," the victim wrote. 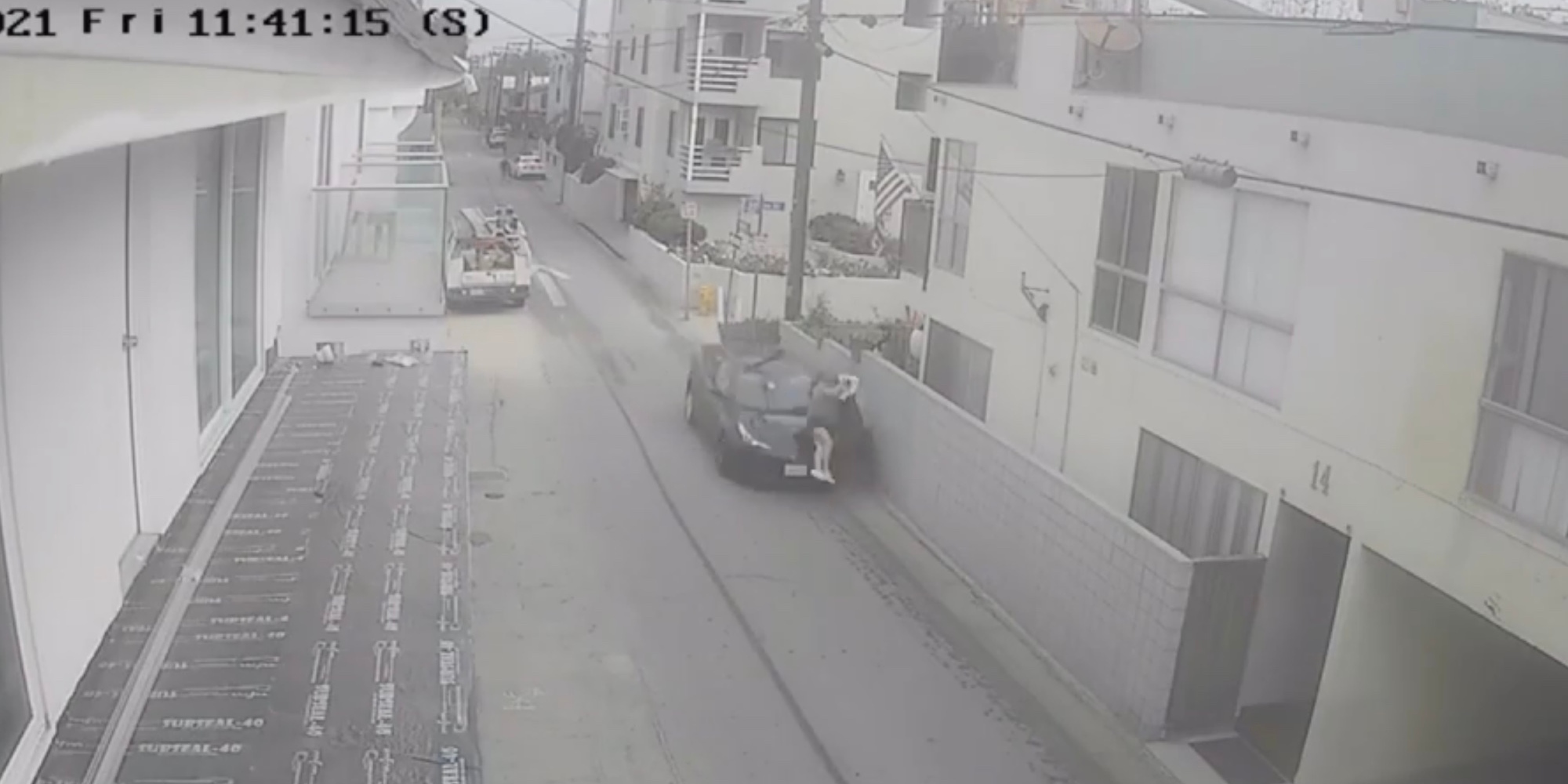 Los Angeles District Attorney George Gascon faced renewed backlash Friday for his light sentences, which most recently included five months probation to a California teen was caught on security footage plowing his car into a mother and her infant.

According to Fox News, the teenager was initially set to face felony charges, but was instead sentenced five months at a "juvenile probation camp."

Sources say the unnamed suspect tried playing off the August 2021 incident as an accident, saying he didn’t see either the mother or child. But surveillance videos depict the teenager speeding down a narrow street, ramming the victims, and attempting to flee.

A truck pulled in front of the teen's car to stop him from escaping. Several witness saw the incident, as shown on surveillance videos.

The victim, identified as Rachel, recalled the details in her statement.

"As the car approached me and my child, I stopped walking and moved the stroller and myself up against a building on the right side of the road to ensure that we gave the reckless driver plenty of room to pass," she said. But the suspect turned the wheels of his car towards her and her 8-month-old son, she said.

According to the outlet, Rachel was furious upon learning the teen’s criminal history will be wiped once he turns 18.

"How on earth can that be? He tried to murder two innocent pedestrians. Murder. And we have video evidence. My child would be dead if I hadn’t been there to protect him."

"DA Gascon is telling him and every other thug in LA County that it doesn’t matter if you try to murder people. Why are Gascon’s policies prioritizing the livelihood of rotten monsters when my child, my baby, who is incapable of protecting himself, is left to fend for himself, and is essentially being told his life doesn’t matter?"

"Fortunately, the baby was uninjured and the mother received a laceration to her elbow. The Sheriff’s Department agreed with the felony charges that were filed," Gascon’s spokesperson said. "The Probation Department recommended and the court sentenced the minor to a youth camp for five to seven months, an appropriate resolution."

The victim said they’ll be traumatized for life by what happened.

"That feeling, along with the memory of a car accelerating directly into us, will haunt me forever," Rachel wrote.

Gascon is facing a second recall effort — much of it fuelled by lenient crime policies established during his tenure. On Thursday, the DA asserted the campaign against him is racial fear-mongering.

When Dave Chappelle was assaulted on stage during the Netflix comedy festival, the black comedian did not appreciate Gascon' soft approach on prosecuting his attacker. Similar public displays of leniency were given by the DA’s office to murderers and child molesters.

Earlier this year, officials at Union Pacific blamed Gascon's "catch-and-release" policies for fuelling a crime wave on LA freight cars and trains. A spree of robberies on retail stories during the holiday 2021 season sparked a similar response.