'A Book About Whiteness': 25 public school districts use children's book that depicts 'whiteness' as evil

A new report shows that schools in twelve different states use material that pushes racial divisions as ideology. 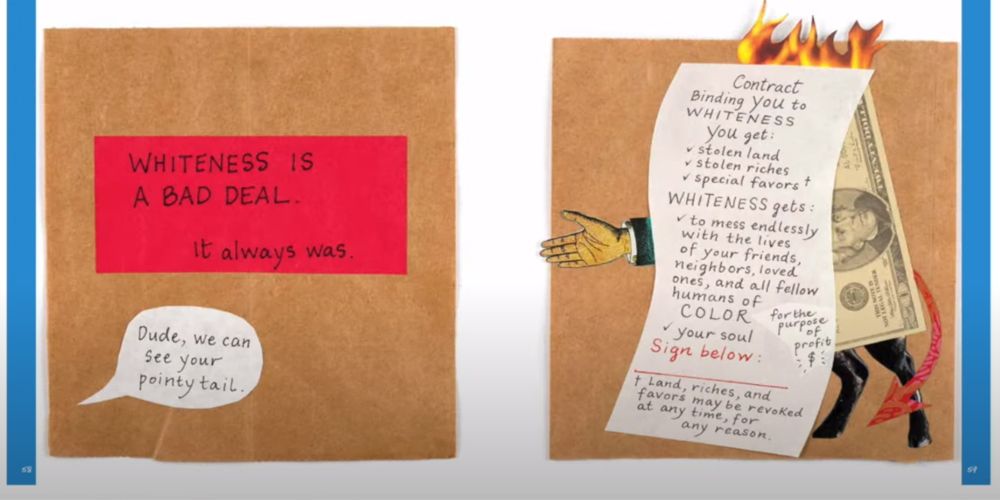 A children’s book claims having white skin is a satanic contract that gives its signers “stolen land,” “stolen riches,” and “special favors,” and a new report confirms that this book is really being used in classroom settings.

The name of the book is called “Not My Idea: A Book about Whiteness,” and it’s message is teaching racial politics to children.

A list of the school districts was published by reporter Christopher Rufo.

He describes how the book is used in the lessons, too. How that pans out in practice is that either these individual schools put it on “recommended reading” lists for students, or educators are seen reading the book aloud.

Here’s one such example. The plot of the book centers around a child as she learns from the news about a police shooting that happened. After that the child goes to the library and learns about the CRT worldview. The secondary character is the child’s mother who is depicted as being out of touch and in the wrong about it all.

(Another example showing direct confirmation that the “whiteness is a bad deal” page is in the book.)

Rufo connects the “stolen land and riches” line used in the book back to a piece from Cheryl Harris in 1993 that describes “whiteness as property.”

This practice of dividing children from their parents is a common theme. Back on Tuesday it was reported that a South Carolina high school teacher had a "what's said in this class, stays in this class" when talking about these topics.

At the end of last week the largest teacher's union in the USA publicly motioned to promote Critical Race Theory in the American school system. They plan to help union members "fight back against anti-CRT rhetoric" along the way.

In that case it was the National Education Association (NEA). But just days later the American Federation of Teachers (AFT) opted in favor of supporting the CRT curriculum as well.

Chris Rufo’s reporting on the spread of pushing racial politics didn’t stop with just the education system. On Tuesday he outlined to Tucker Carlson and Fox News about how defense contractor Raytheon has internally undergone an ideological overhaul.

This isn't the only way leftists are pushing politics onto minors. Just yesterday, we reported on a song from the San Francisco Gay Men's Chorus, a piece with lyrics saying they want to "convert your children."