Those were the comments of Senator Murray Sinclair, the Chief Commissioner of the Truth and Reconciliation Commission who claims status as an avid defender of Indigenous rights — both to their Treaty land and in their relations with the government. 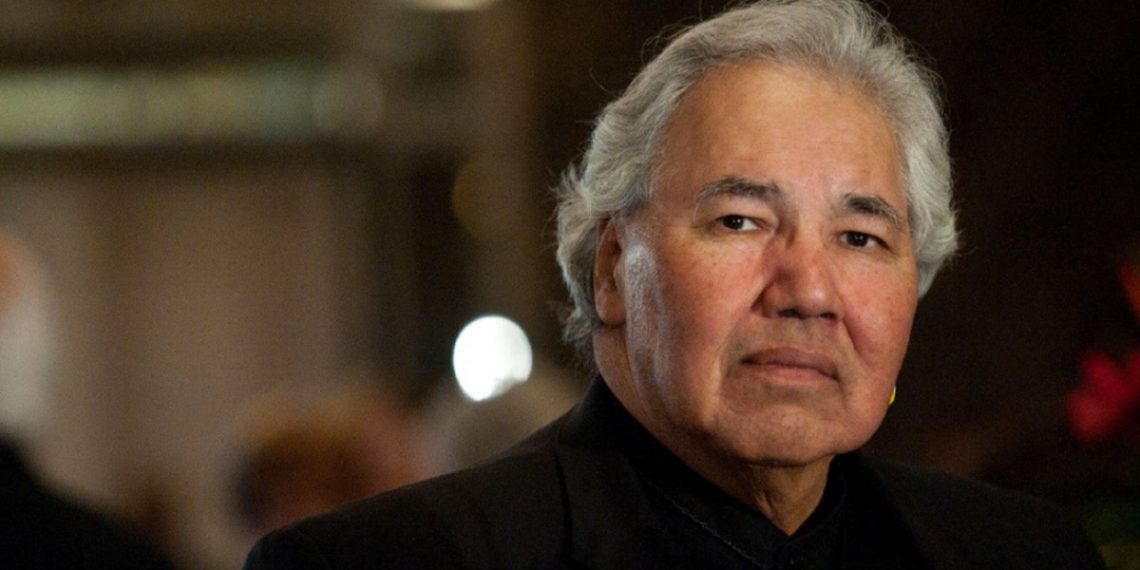 “Eventually [the oppressed will] take out their violence on the oppressor, then you’ll have a rebellion.”

Those were the comments of Senator Murray Sinclair, the Chief Commissioner of the Truth and Reconciliation Commission who claims status as an avid defender of Indigenous rights — both to their Treaty land and in their relations with the government.

Recently, Senator Murray was found voting in favour of the controversial Bill C-75, and recently against the consecutive sentences provision of Bill C-452.

Despite receiving ample warnings from the APPG to End Modern Slavery and Human Trafficking, the Federal Ombudsman for Victims and many others, Senators on the Senate Legal Affairs Committee voted to adopt the hybridization of human trafficking offences. The two Indigenous Senators on the Committee, Senator Sinclair and Senator Dyck were among those supportive of adding summary offences, despite testimony that this would further harm Indigenous victims for trafficking.

Ditto Bill C-452, the consecutive sentences provision, rejected under the premise “this particular provision [was] in conflict with the Charter.”

According to the witness at a recent meeting for the Standing Committee on Legal and Constitutional Affairs, Ms. Morency describes the provision as a matter of constitutionality. She states:

While Senator Sinclair admits this claim is “one opinion,” on an ever divided issue, traffickers found guilty of smuggling multiple persons will no longer stand trial for more than one conviction.

In a Charter Statement by the former Justice Minister, turned Independent Jody Wilson Raybould, “the Charter will be violated only where a limit is not demonstrably justifiable in a free and democratic society.” As it pertains to the above Bills, those found guilty of their crimes — beyond a reasonable doubt — may, arguably, be subjected to both a) maximum 10-year imprisonment per the requisite of Bill C-75 and b) convicted of trafficking multiple persons if relevant.

What makes this especially frustrating — in tandem with the action plan, or lack thereof following the Missing Murdered Indigenous Women and Girls Inquiry — is the blatant sacrifice of one’s principles for the sake of partisan leanings.

Given over 50% of Canadian sex trafficking victims are Indigenous Canadians, who consist 4% of the general population — particularly teenage girls and younger adults — this, in all fairness, puts Reconciliation second to one’s partisanship.

Some may argue in favour of Senator Sinclair’s respective votes on grounds of constitutionality, however, others may paint this as an attempt to — inadvertently or otherwise — paint Reconciliation with a measure of apathy unbecoming of one of its more prominent advocates.

In a recent interview with APTN, he states:

“I do have the sense that my mere presence changes the way people think and talk about things,” said Sinclair. “I’m not one to shy away from opportunities to remind them when they say and do things that ignore the rights of Indigenous people.”

While Canada’s colonial structures have imparted Indigenous Peoples with intergenerational trauma that affects many, factors such as family violence and childhood abuse remain prevalent amongst Indigenous communities.

“When [a] resistance is quashed then [the oppressed] will start to take out their frustrations upon themselves so the high rates of personal abuse grow.”

Ultimately, warning of a “violent rebellion” loses its lustre when a constitutional-backed claim to social justice is ignored — and that’s the true horror for many suffering from intergenerational trauma of the Residential School System. That their cries for help are cast aside for political games, procuring little but symbolic gestures of what constitutes genocide and what does not.

Sadly enough, everyone has a price. And the price for action on an otherwise serious issue are one’s votes.

What happened to doing what’s right, no matter the consequences?