Adults expose themselves to children at Toronto Pride Parade

On Sunday, thousands of people lined the streets of downtown Toronto for the city's annual Pride Parade. 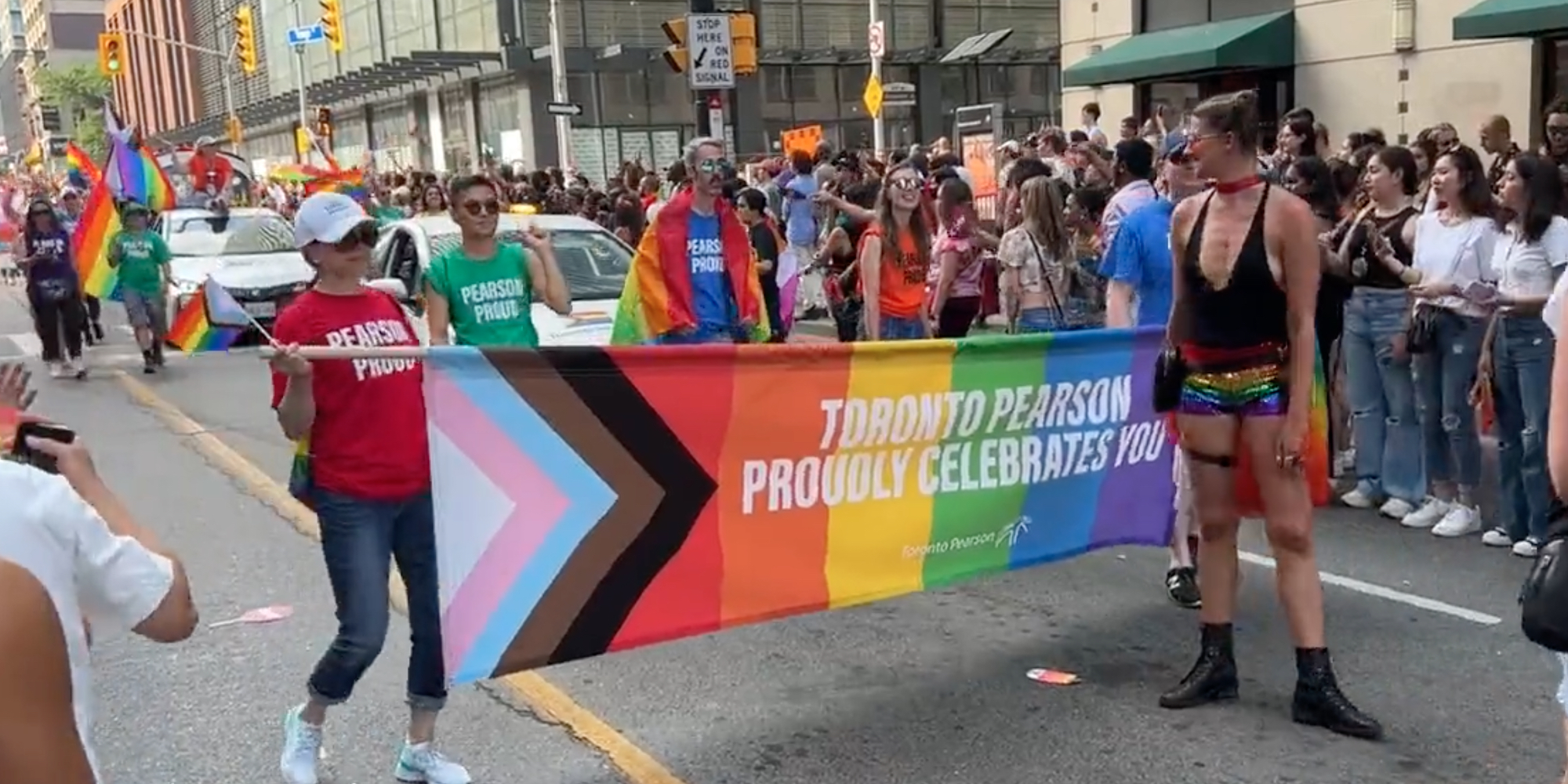 The Post Millennial's Beth Baisch was reporting live on Sunday as thousands of people lined the streets of downtown Toronto for the city's annual Pride Parade.

Highlights of this year's event included full-frontal nudity, calls for better access to abortion "for all genders," and a variety of themed floats.

Crowds began flowing down Yonge Street in the afternoon, with each group highlighting their cause du jour.

While signs advocating for abortion rights have been a staple of the parade for years, the recent US Supreme Court decision marking the end of Roe v. Wade increased calls for protection of the procedure, even in Canada.

The parade saw demonstrations from corporate sponsors, as well as organizations from across the GTA. Even Toronto Pearson Airport, which has been lambasted for recent delays faced by travellers, was able to spare some staff to hold their banner and march.

The crowd included many children, one of whom was spotted next to a group of grown men dancing in nothing but speedos.

One group took things a step further, wearing nothing but shoes as they made their way down Yonge Street in the name of "body positivity."

The crowd, which included many children, was also subjected to watching a naked man in a Bugs Bunny mask and fluffy white slippers slowly hopping down the street.

Also in attendance were a number of Liberal and NDP politicians, most notably Trudeau's deputy prime minister Chrystia Freeland.

Toronto's Pride Parade is the largest in Canada, and returned to much fanfare after not being held in person for two years during the COVID-19 pandemic.

While there were many questionable acts during the parade, those in attendance said the event was largely about "love and acceptance," with some calling attention to real issues faced both at home and overseas.

One group highlighted the plight of LGBTQ+ community in Iran, where same-sex relationships remain illegal and people who do not abide are often punished in brutal fashion.