Amazon suppresses another book on the truth of trans

After merely six days on its shelves, on Tuesday night, Amazon blocked Desist, Detrans, & Detox: Getting Your Child Out of the Gender Cult from being sold on its site. 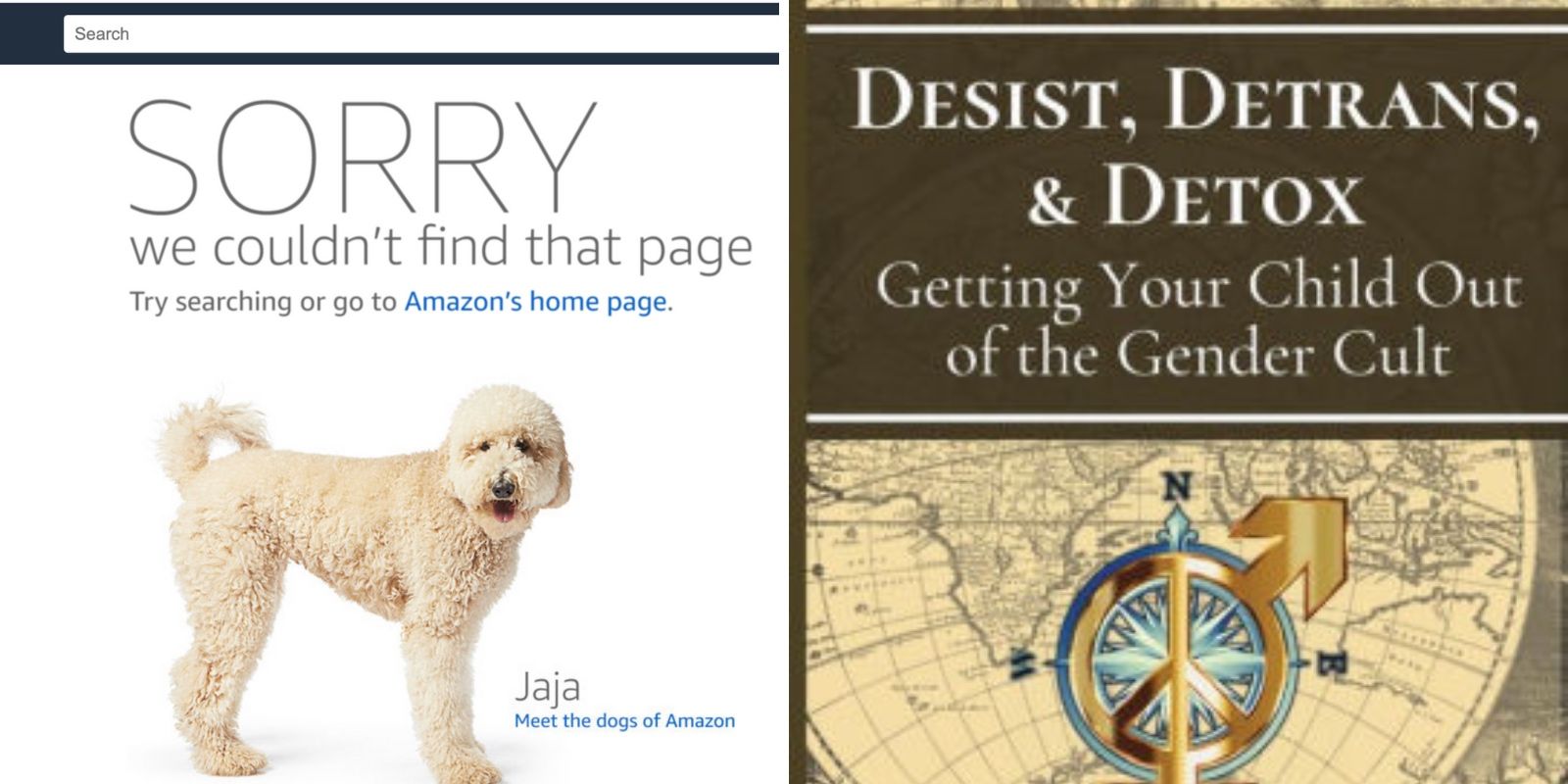 Amazon removed yet another book critical of transgender ideology, then reinstated the title after readers and allies protested. Like others before it, this book is also about transgender issues: Desist, Detrans, & Detox: Getting Your Child Out of the Gender Cult, by the cofounder of Partners for Ethical Care, Maria Keffler.

After merely six days on its shelves, on Tuesday night, Amazon blocked Desist, Detrans, & Detox: Getting Your Child Out of the Gender Cult from being sold on its site. Amazon did not contact the author or publisher before cancelling the book although the company did send several emails following social-media-driven protests.

The book is brand new and was selling on three different platforms: Lulu (no longer available here as of April 16), Smashwords, and Amazon. Lulu contacted Partners for Ethical care on April 16 to tell them the book would no longer be available on their platform.

The book had sold just shy of 100 copies, and had nine five-star, as well as two one-star reviews on Amazon. Here is a brief description of the book:

"Blindsided when a child suddenly announces a transgender identity, a growing cadre of parents have found their families under assault by an insidious predator: the billion-dollar gender industry. Desist, Detrans, & Detox: Getting Your Child Out of the Gender Cult provides a roadmap to help families navigate the treacherous terrain of gender ideology, and bring their children back to reality and safety."

On their website, Partners for Ethical Care invited its readers to "contact Amazon at 1-888-280-4331 or primary@amazon.com to express concern about the online retailer's censorship policies."

On Wednesday, a mere 18 hours after the book had been mysteriously removed, Amazon contacted Marie Keffler to inform her that her book would be reinstated after all and it had been "incorrectly suppressed." First, Amazon informed Keffler the book was suspended because she had repeatedly submitted books through her account that "violate our Content Guidelines" because they contain "content that is considered offensive."

Then Amazon contacted Keffler and said "territory selections" were preventing the book from being sold and sent instructions how to fix it.

Finally, Amazon said they had "incorrectly suppressed" her book and both versions (Kindle and paperback) would be reinstated soon. It has not yet been reinstated.

While all this might seem like an innocent mistake, Keffler isn't so sure. "I think the many calls and emails they received in the last 18 hours may have had an effect," she told me.

Companies like Amazon have done this exact thing before, like clockwork. In fact, Amazon is becoming quite effective at promoting cancel culture because it's such an influential company—that is, if their plan works.

A few months ago Target banned Abigail Shrier's book Irreversible Damage: The Transgender Craze Seducing Our Daughters. Proponents and allies of the book complained on social media. Within hours or days, Target says they made a mistake and reinstated the book. It's almost like a calculated Rorschach Test for arguing against transgender ideology via print. This time Amazon failed and Target failed to ban Shrier's book, but they don't always fail.

Amazon also banned When Harry Became Sally in March, another book on transgender ideology, which has the National Coalition Against Censorship concerned. They wrote: "The National Coalition Against Censorship is deeply concerned by Amazon’s sudden decision to remove from sale a book, When Harry Became Sally: Responding to the Transgender Moment by Ryan T. Anderson. Amazon had been selling this controversial title for the last three years. While the book’s arguments anger many people, they are part of the public debate over gender identity.  Amazon's decision to stop selling it threatens the marketplace of ideas."

This came after Amazon's announcement that they were taking a specific perspective on the way books frame transgender issues, and would not sell any books that are contrary to their partisan position. But it's not only issues of gender identity where Amazon is taking an ideological stand.

Amazon suppressed a documentary about Supreme Court Justice Clarence Thomas by removing it from their streaming services. They banned social media platform Parler entirely from their cloud streaming services after it was clear prominent conservatives were heading there in droves. Amazon also quietly changed their guidelines so they could reserve the right to ban books they just don't like and label them "hate speech."

In the case of Keffler's book, the almost-ban is worrisome: Keffler doesn't enjoy the larger reputation Shrier did nor did the ban to her book garner as much of an outcry—although it did some. What if she or Shrier had shrugged and kow-towed to the Big Box Big Tech retailers? I'm sure it's tempting to do and takes some courage, no matter how well-known or obscure, to fight back. Authors shouldn't have to fight to have their books sold—this is America.

It's clear that this member of Big Tech is using its influence not to promote free speech and freedom of the press but to engage in cancel culture and censorship—shame on them. This is also further proof that so far, the people will not be silenced. If your favorite book is suddenly stripped from virtual shelves, let your voice be heard–right now, that is the only thing that has a chance of working.