Amazon has removed the social media platform Parler from its web hosting servers. 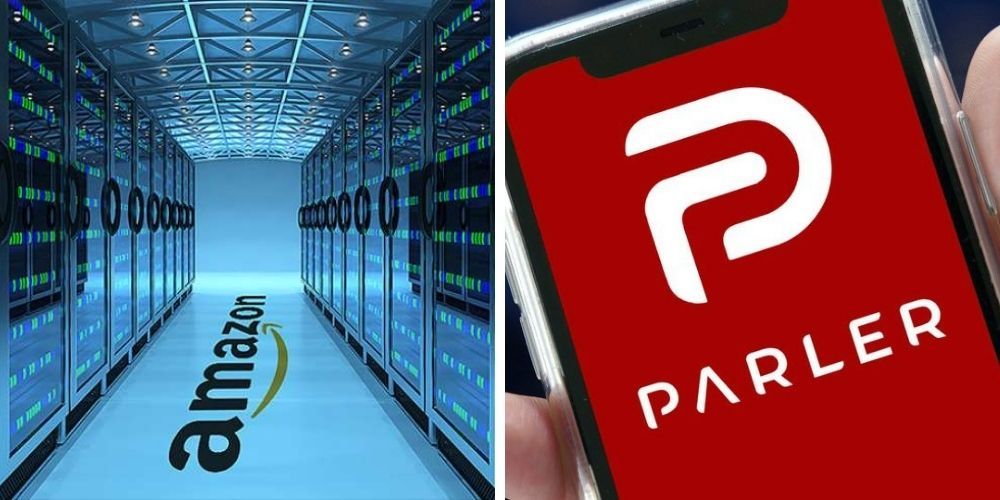 On Saturday, Amazon removed the social media platform Parler from its web hosting servers. Parler, a social network favored by conservatives, is being targeted following the riot at the US Capitol on Wednesday and in the wake of President Donald Trump migrating to the platform, after he was banned by social media giants Twitter and Facebook.

Parler will need to find another hosting service or the platform could be offline as early as Sunday.

According to an email obtained by BuzzFeed, the Amazon Web Services (AWS) Trust and Safety team told Parler Chief Policy Officer Amy Peikoff that calls for violence on Parler violated its terms of service. Amazon added that  "This morning, you shared that you have a plan to more proactively moderate violent content, but plan to do so manually with volunteers. It’s our view that this nascent plan to use volunteers to promptly identify and remove dangerous content will not work in light of the rapidly growing number of violent posts."

The email continued, "Recently, we’ve seen a steady increase in this violent content on your website, all of which violates our terms. It’s clear that Parler does not have an effective process to comply with the AWS terms of service,” the email reads. “We cannot provide services to a customer that is unable to effectively identify and remove content that encourages or incites violence against others. Because Parler cannot comply with our terms of service and poses a very real risk to public safety, we plan to suspend Parler’s account effective Sunday, January 10th, at 11:59PM PST."

Google removed Parler from their app store on Friday, shortly after US President Donald Trump had created a Parler account, sparking multitudes of people the world over to also migrate to Parler.

Apple had previously given Parler 24 hours on Friday to "clean up" certain posts which they considered "incitement to violence" or it would be also banned from their App Store. Apple did not specify which posts they were referring to and banned Parler Saturday afternoon.

Parler CEO John Matze issued an announcement on the platform to inform its users of the platform's imminent shutdown. He stated that the site is expected to be offline for at least a week and that the company "prepared for events like this." He said that Parler will attempt to find a new hosting provider in the meantime.