US Capitol Police Officer dies from injuries sustained in riots

US Capitol Police announced Thursday night that a police officer died from injuries suffered during Wednesday's riots at the Capitol. 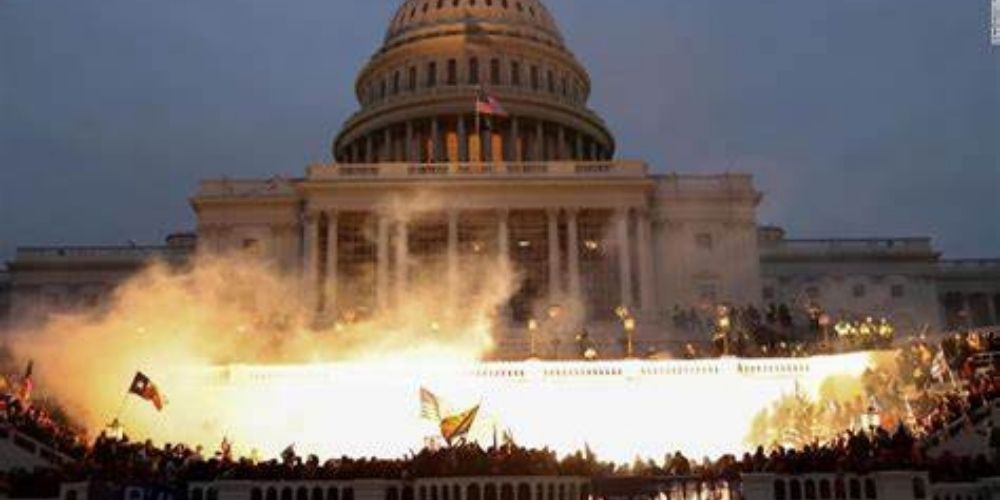 US Capitol Police announced Thursday night that a police officer died from injuries suffered during Wednesday's riots at the Capitol.

The department issued a press release stating that "At approximately 9:30 p.m. this evening (January 7, 2021), United States Capitol Police Officer Brian D. Sicknick passed away due to injuries sustained while on-duty."

"Officer Sicknick was responding to the riots on Wednesday, January 6, 2021, at the U.S. Capitol and was injured while physically engaging with protesters.  He returned to his division office and collapsed. He was taken to a local hospital where he succumbed to his injuries."

Officer Sicknick joined the USCP in July 2008, and most recently served in the Department’s First Responder’s Unit.

Earlier in the evening, Representative Dean Phillips (D-MN),  said in a tweet that he'd learned that one officer with the US Capitol Police had died from injuries suffered during the riots. Earlier in the day DC Capitol Police said that wasn't true before confirming the officer's death a few hours later.

"I've been advised a US Capitol Police officer has died of injuries sustained in yesterday's assault on the Capitol," Phillips said. "My heart goes out to the family of the officer and to all who risk their lives every day to protect and serve our communities with dignity and principle."

Capitol Police said that the death of Officer Sicknick will be investigated by the Metropolitan Police Department’s Homicide Branch, the USCP, and our federal partners.

Wednesday's riots, following a rally in support of outgoing President Trump, saw the storming of the Capitol and the disruption of the Congress certifying the results of the Electoral College for the 2020 Presidential election. Ashli Babbit was shot and killed in the Capitol building. Babbit joined hundreds of others in storming the Capitol, many of whom unlawfully entering the Senate chamber and the House floor. Three others died in what police have called termed medical emergencies.