"Gender-affirming care can be lifesaving. It doesn’t push medical treatments or surgery; for the vast majority of children, it recommends the opposite," the AAP president said. 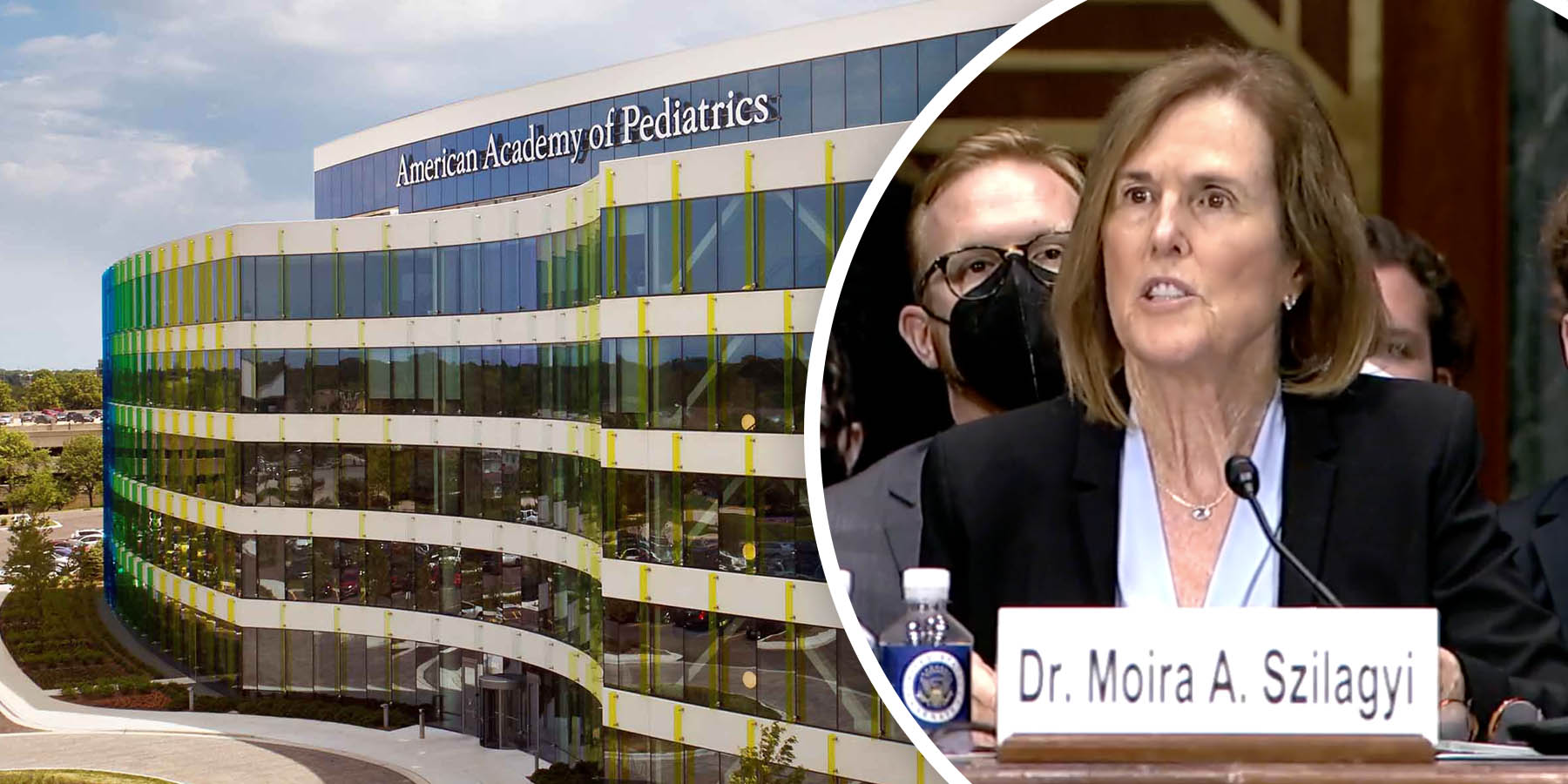 The President of the American Academy of Pediatrics (AAP) now acknowledges that "the vast majority of children" subject to "gender-affirming care" should not be medicalized, a complete reversal of the AAP's official 2018 policy.

Moira Szilagyi responded in an open letter to an op-ed by Leor Sapir and Julia Mason in the Wall Street Journal on Sunday that criticized the AAP's suppression of debate regarding their policy to "affirm" children and teens in their transgender identities with drugs, hormones and surgeries.

Szilagyi issued a public response to the initial piece with a Wall Street Journal opinion letter, but avoided acknowledging or answering any of the main points Sapir and Mason made. However, she did make an admission, by saying that they recommend the "opposite" of  "medical treatments or surgery for the vast majority of children."

"In its recommendations for caring for transgender and gender-diverse young people," Szilagyi writes, "the AAP advises pediatricians to offer developmentally appropriate care that is oriented toward understanding and appreciating the youth’s gender experience. This care is nonjudgmental, includes families and allows questions and concerns to be raised in a supportive environment. This is what it means to 'affirm' a child or teen; it means destigmatizing gender variance and promoting a child’s self-worth. Gender-affirming care can be lifesaving. It doesn’t push medical treatments or surgery; for the vast majority of children, it recommends the opposite."

"I take that to mean psychotherapy first or only," Sapir said in response to Szilagyi's letter.

"This marks a course reversal from AAP's previous position, announced in the 2018 Pediatrics article by Rafferty et al, which explicitly called 'watchful waiting' an 'outdated approach' and equated it to 'conversion therapy,'" Sapir said.

Resolution 27, submitted by five AAP pediatrician members in March of this year, requested a thorough and systematic evaluation of the available evidence to update their 2018 AAP position. The AAP issued a new rule that shut down member comments, preventing pediatricians from contributing to the discussion.

"Though it could have been made clearer and without platitudes and name-calling, Dr. Szilagyi's statement represents a step in the right direction by recognizing that the 'vast majority' of children experiencing distress over their bodies are not likely to be trans later on and thus should not receive hormones and surgeries," Sapir told the Post Millennial.

Sapir, a Fellow at the Manhattan Institute and researcher with a PhD in Political Science, and Julia Mason, a pediatrician and advisor for the Society for Evidence-based Gender Medicine, wrote an opinion piece last week entitled, "The American Academy of Pediatrics' Dubious Transgender Science." The op-ed outlined the various ways that the AAP has used pseudoscience to support their policies and has suppressed dissent from members of their own institution.

The op-ed was inspired by headlines that spawned from an error-riddled study published in the AAP's journal Pediatrics, that claimed to disprove the 'social contagion' hypothesis, that peer influence is at least in part responsible for a meteoric rise in the number of teens identifying as transgender. "The study claimed that social influence isn’t the reason that as many as 9% of America’s youth now call themselves transgender," said Sapir and Mason. "Yet Dr. Turban’s study is deeply flawed and likely couldn’t have survived a reasonable peer-review process," they added.

Jack Turban, a proponent of "gender affirming care" who perpetuates the debunked affirm-or-suicide myth, is the study’s lead author. Turban, a trans activist and psychiatry fellow at UCSF, has a history of designing poor experiments and using bad methodology and biased samples to draw erroneous conclusions from data. Examples of his work’s many red flags have been well-documented by various publications such as Spectator World, Jesse Singal’s Substack, Medium, and even high-ranking academic journals.

"The AAP has stifled debate on how best to treat youth in distress over their bodies, shut down efforts by critics to present better scientific approaches at conferences, used technicalities to suppress resolutions to bring it into line with better-informed European countries, and put its thumb on the scale at Pediatrics in favor of a shoddy but politically correct research agenda. Its preference for fashionable political positions over evidence-based medicine is a disservice to member physicians, parents and children," said Sapir and Mason.

The 2018 AAP policy fully endorses "gender-affirmation" care, while rejecting other forms of treatment for minors experiencing gender distress, including the more cautious "watchful waiting" approach. The gender-affirmation model prevents medical professionals from questioning a child’s self-reported transgender identity, and from exploring possible underlying factors causing their dysphoria. The standard protocol for gender affirmation is administering puberty blockers, followed by cross-sex hormones and then surgery, if desired.