A grand jury has indicted a transsexual militant Antifa activist from Florida over the vandalism of a church and other properties in downtown Portland during a post-Election Day riot in November. 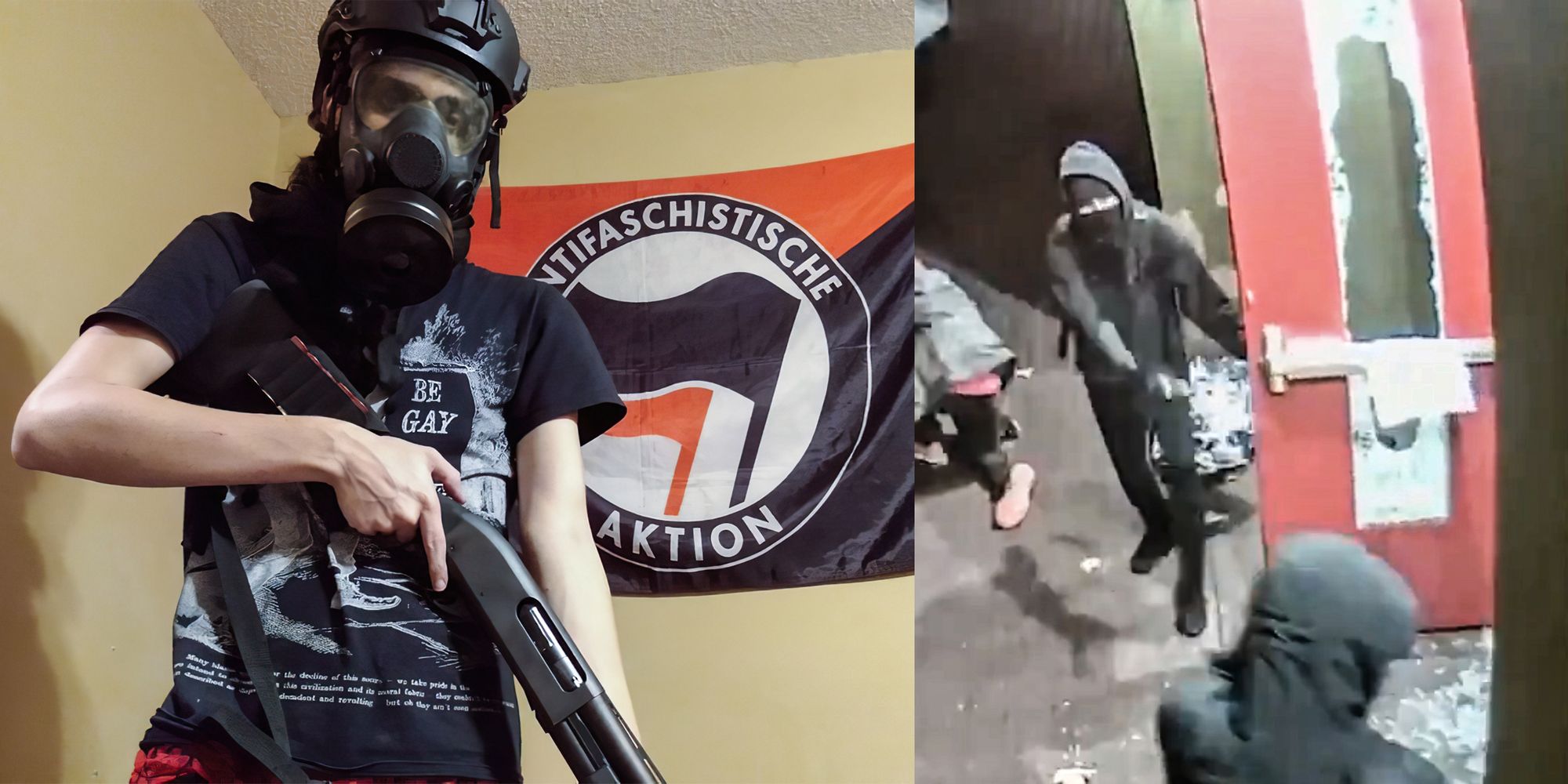 A grand jury has indicted a transsexual militant Antifa activist from Florida over the vandalism of a church and other properties in downtown Portland during a post-Election Day riot in November.

Jarrod DeFerrari, also known as “Sofie Thema,” of Sunrise, Fla., was indicted on one count of felony riot and three counts of felony first-degree criminal mischief. According to court documents, the 23-year-old was one of the masked militants who destroyed property at St. André Bessette Catholic Church, Riverside Tobacco and Alco Properties at a riot on Nov. 4.

Damages to the three properties were extensive and totaled more than $7,000. The church was forced to close its shelter and homeless services at the time because of the damage.

DeFerrari was arrested with other Antifa militants in a parking lot garage in downtown Portland. Her partner, Leslie Johnson, also a transsexual militant Antifa activist, was among those arrested in the group. DeFerrari initially refused to identify herself and gave police the fake name “Candle Moma.”

A sheriff’s deputy found a hammer, a gas mask, spray paint and an illegal mortar explosive in DeFerrari’s backpack, according to a probable cause affidavit filed in Multnomah County Circuit Court. DeFerrari was taken into custody at the time and also charged with first-degree disorderly conduct, unlawful sale, possession, or use of fireworks, felony second-degree burglary; and attempted second-degree arson, — but all of those charges were dropped and DeFerrari was quickly bailed out.

On the night of Nov. 4, more than a hundred antifa militants in black bloc smashed up buildings and businesses one-by-one along West Burnside street in a protest against the election. Responding officers from multiple agencies were hit with glass projectiles and at least one explosive mortar. The riot was organized by Pacific Northwest Youth Liberation Front.

“F— Trump, F— Biden, Death to America! We want something better than this trash, and we’re going to take it,” tweeted the YLF along with the event’s flyer.

Oregon Gov. Kate Brown activated the National Guard in response to the violence that night.

DeFerrari’s next court proceeding is scheduled for Feb. 19.