The socialist congresswoman has posted one tweet calling for a de-escalation of violence. 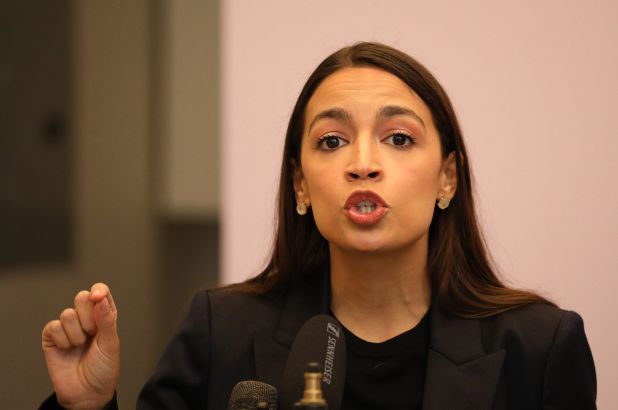 As cities across the United States burn amid riots and looting in the aftermath of the tragic police killing of George Floyd, American lawmakers are weighing in on the controversy.

Some Democrats, such as Civil Rights Icon and Democratic Rep. John Lewis, are urging peaceful protest and political action but insisting that “rioting, looting, and burning is not the way.” Yet other left-wing stars, such as Rep. Alexandria Ocasio-Cortez, are using their platforms to fan the flames during the violent turmoil and chaos.

The socialist congresswoman has posted one tweet calling for a de-escalation of violence.

These comments seemingly imply solidarity with those engaging in said “unrest,” a group which does include peaceful protestors, but is also composed of dangerous mobs, looters, and vandals. It appears, too, that the congresswoman is telling her millions of followers that you can’t authentically support ending the riots unless you also agree with her on socializing US healthcare.

Ocasio-Cortez also posted an alarming graphic to her Instagram page, ostensibly a guide to “protesting safely.” Nowhere does it explicitly call for peaceful protesting or encourage her followers not to engage in rioting or looting.

It’s hard to fathom why any peaceful demonstrator not intent on looting would need to hide all traces of their identity, or why anyone not planning on burning things would need heat-resistant gloves. While Ocasio-Cortez’s true intentions are unknowable, her post reads much more like a guide for how to riot and get away with it unscathed and unarrested than an encouragement to safely engage in peaceful protesting.

This stands in stark contrast to words of Lewis, who fought alongside Martin Luther King Jr. to defeat racial segregation in the United States in the 1960s. He is now encouraging people to “be constructive, not destructive.”

Lewis concludes, “History has proven time and again that non-violent, peaceful protest is the way to achieve the justice and equality that we all deserve.” Let’s hope more leaders follow Rep. John Lewis’s example than the one set by Rep. Alexandria Ocasio-Cortez.