The video sparked outrage across social media on Sunday which had many pointing out the hypocrisy of the congresswoman who is a frequent critic of Governor DeSantis. 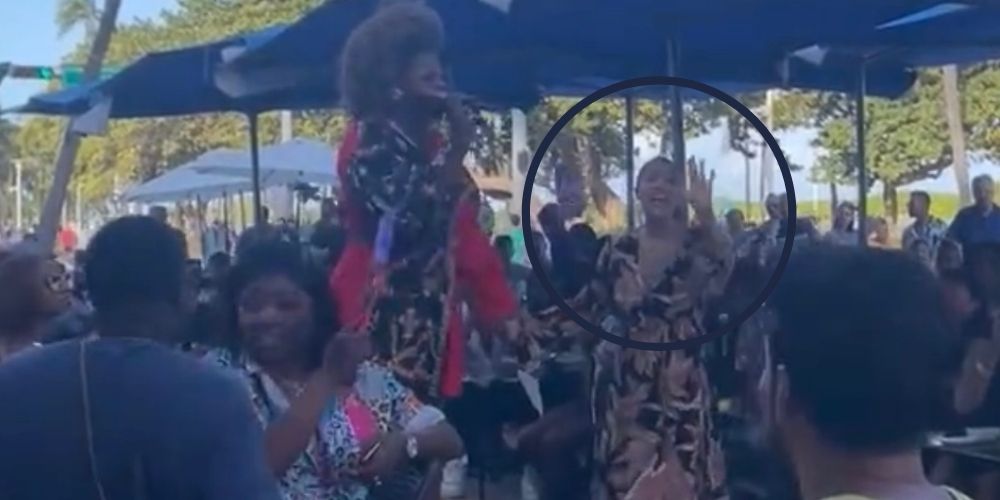 Representative Alexandria Ocasio-Cortez (D-NY) was caught partying maskless in the free state of Florida over the holiday weekend while her district struggles with a massive surge in Covid cases. Masks and vaccines are mandated in New York City, and the US House of Representatives.

First reported by Brendon Leslie from Florida's Conservative Voice, AOC was filmed partying maskless with a drag queen at a bar in Miami, soaking up the rewards of Florida's minuscule Covid restrictions.

The video sparked outrage across social media on Sunday which had many pointing out the hypocrisy of the congresswoman who is a frequent critic of Governor Ron DeSantis (R-Florida) and his anti-mandate Covid policies.

"For those of you with zero sense of humor: the whole point of this post is to expose hypocrisy. We don't actually care she's maskless. We care she fear mongers about Florida but then has the audacity to vacation here," Leslie wrote.

Florida Press Secretary Christina Pushaw weighed in and slammed the congresswoman for not leading by example.

"AOC's behavior is not hypocrisy — it is HIERARCHY. By openly flouting the same rules that she pushes on her constituents, she is signaling that she is powerful and does not have to abide by the same restrictions as the peasants," Pushaw said.

The self-described democratic socialist was first spotted in Miami Beach on Thursday, enjoying Florida's sunshine and freedoms while sipping cocktails with her boyfriend.

After National Review published photos of the congresswoman alongside her beau at a restaurant, AOC went on an insane Twitter rant and disturbingly accused Republicans of wanting to have sex with her after receiving backlash for her hypocritical behavior.

Ocasio-Cortez even took it to the next level and slammed Governor DeSantis for being "inexplicably missing" when he was taking care of his wife, Casey, who was diagnosed with breast cancer.