Rep. Alexandria Ocasio-Cortez vacillated between referring to females as "women," "not cisgender men," and "menstruating person[s]." 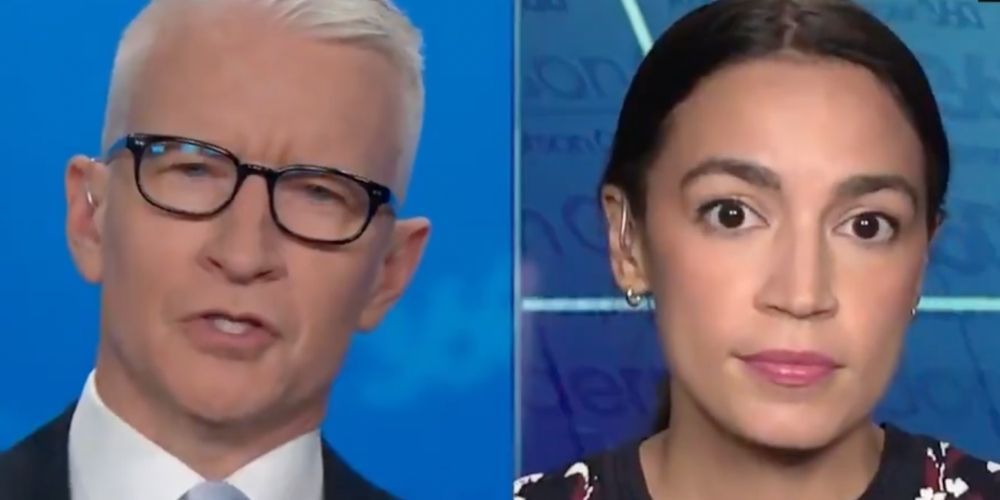 In an interview with Anderson Cooper on Tuesday night, Representative Alexandria Ocasio-Cortez slammed Texas' recently enacted abortion law, saying that the law is not about being pro-life, but about controlling women's bodies.

"You said rape culture and misogynistic culture are behind this Texas bill to begin with, can you just explain that? How you feel about that to people?" Cooper asked.

"When we talk about the law that was passed in Texas, we know that anti-choice bills are not about being pro-life, because if they were about being pro-life, then the Republican Party would support, frankly, an agenda that helps guaranteed healthcare, that helps ensure that people who do give birth that don't have the resources to care for a child can have that care for a child," Ocasio-Cortez responded.

Ocasio-Cortez said that instead of this law being about "supporting life," the is about "controlling women's bodies, and controlling people who are not cisgender men." She vacillated between referring to females as "women," "not cisgender men," and "menstruating person[s]."

The Texas Heartbeat Act went into effect on September 1, after the Supreme Court denied an emergency request to block the law from passing. The law bans abortions after a fetal heartbeat is detected, which usually occurs around the sixth week of pregnancy.

"This is about making sure that someone like me, as a woman, or any menstruating person in this country cannot make decisions over their own body. And people like Governor Abbott and Mitch McConnell want to have more control over a woman's body than that woman or that person has over themselves," said Ocasio-Cortez.

"And the ease with which these men seek to do that to other people is atrocious. It is morally reprehensible, and they cannot even begin to understand the agonizing decisions that people have to make, including in cases of miscarriage, rape and incest," Ocasio-Cortez concluded.