Rep. Andy Biggs (R-AZ) announced he will file articles of impeachment against Homeland Security Sec. Alejandro Mayorkas over his handling of the border crisis. 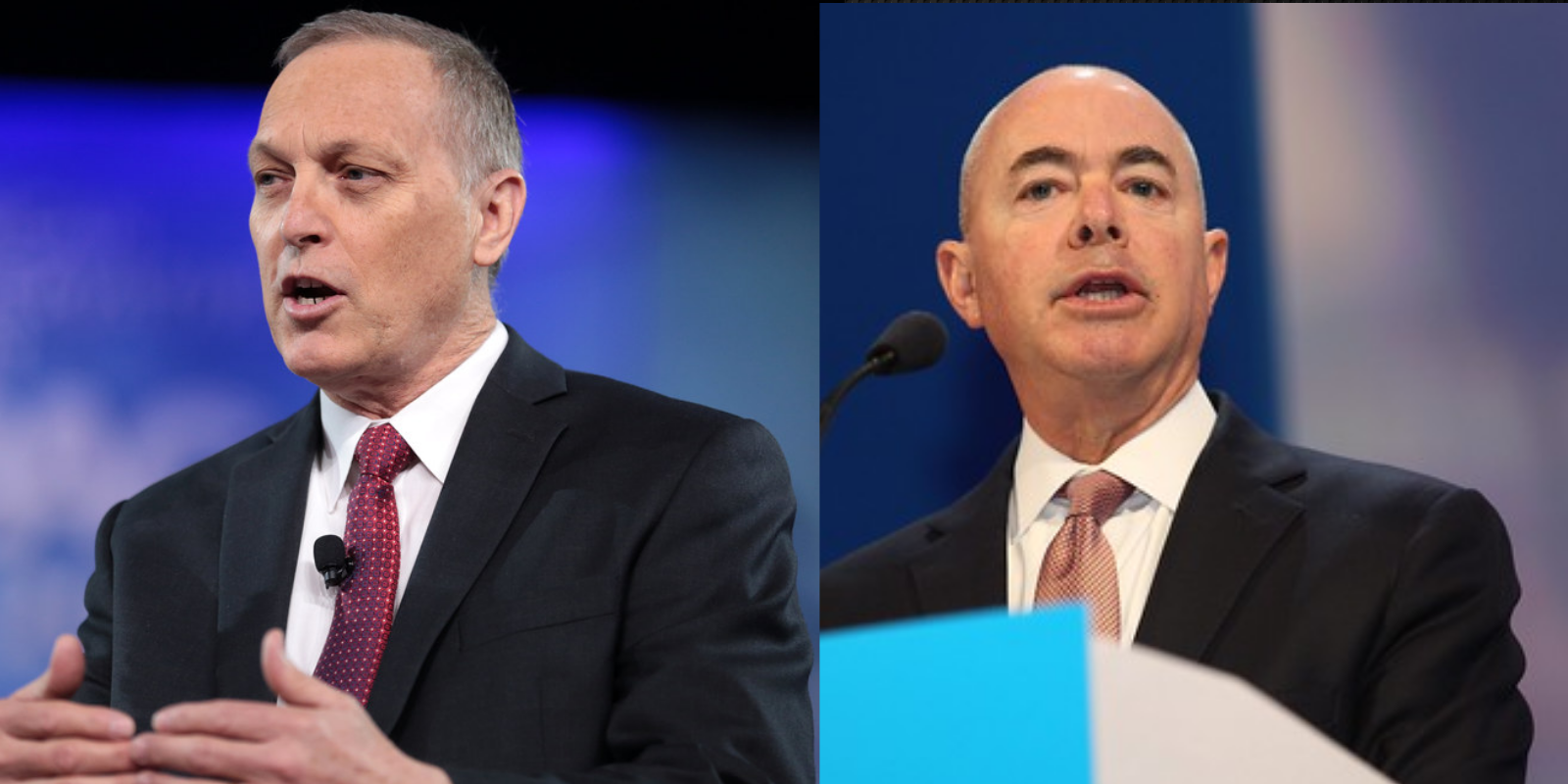 Rep. Andy Biggs (R-AZ) announced he will file articles of impeachment against Homeland Security Sec. Alejandro Mayorkas over his handling of the border crisis.

Biggs is part of a chorus of bipartisan voices in states that have a southern border with Mexico who have harshly criticized the Biden administration's lack of ability to bring the border situation under control.

"As a result of his actions and policies, America is more in danger today than when he began serving as Secretary," said Biggs in a statement. "He is willfully refusing to maintain operational control of the border and is encouraging aliens to enter our country illegally."

Biggs said under Mayorkas' direction, DHS has "systematically" released COVID-19 positive aliens into our communities, "subjecting the American people to unnecessary and avoidable risks." He adds: "Secretary Mayorkas is failing to faithfully uphold his oath of office and is presiding over a reckless abandonment of border security and immigration enforcement, at the expense of the U.S. Constitution and the security of the United States."

Fellow Democrats have shared similar sentiments recently as well, including Rep. Henry Cuellar (D-TX). "I've seen the 2014 surge, I've seen the 2019 surge, and now the '21," he said. "Usually, you have high peaks from March, April, May, and June. But now we're in July and going into August and we're not seeing this stop."

Cuellar also mentioned this year's unusually strong heat waves which have been racking the state of Texas over the past several months. Despite the scorching heat and humidity, the flow of migrants has showed no sign of abating.

He denounced Biden for not enforcing the law and lecturing Texas and Florida, who relaxed public health measures. "[Biden] cannot stand that our schools are open," said Cruz, "He cannot stand that people are going back to work."

One Texas border city even elected a local Republican government for the first time in years, on the heels of the dire situation at the border.