As the media tries to divide America, one conference actually brought people together

America is better and stronger when we celebrate our differences and give each other the benefit of the doubt. 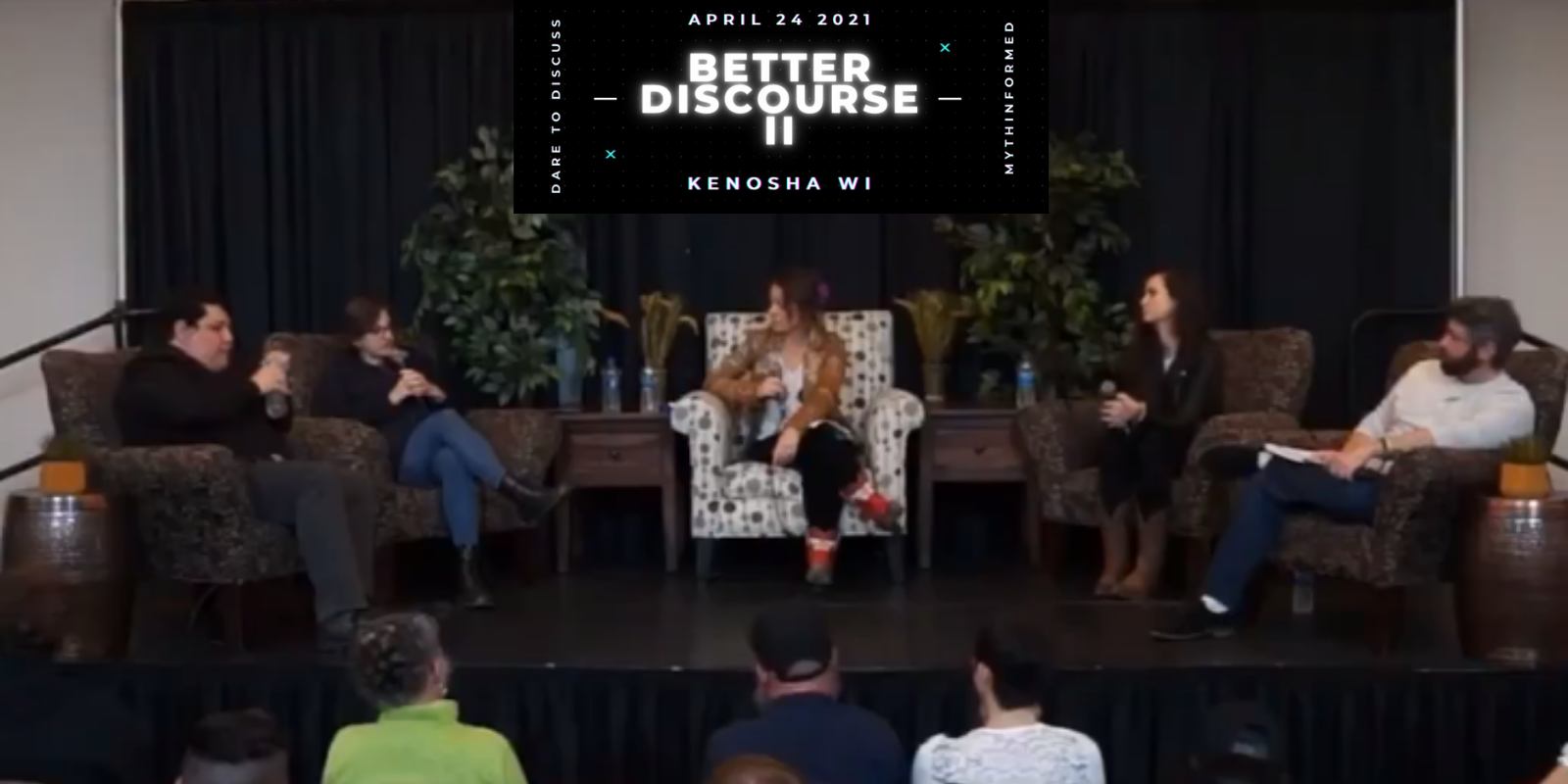 Kenosha, Wisconsin was not a place America knew too much about until the summer of 2020, when protests and riots in the wake of the police shooting of Jacob Blake filled the national news. The days of violence that followed brought us the oft-mocked phrase "fiery but mostly peaceful" protest courtesy of CNN and demonized police officers for shooting a man who admitted he was armed at the time.

What better place for Mythinformed to hold their Better Discourse II conference, bringing voices on left and right together, to hash out some kind of common ground on issues from Black Lives Matter, feminism, and police brutality, to climate change, reparations, and ideological radicalism. The event brought together panelists from right and left who disagree on nearly everything in the name of supporting this community that suffered over $50 million dollars of damage as a result of riots.

This is the second Mythinformed event held during this extended pandemic year. While other events and conferences shuttered, went online, or indefinitely postponed, Mythicist's Better Discourse went forward. When the Democratic National Convention cancelled their Milwaukee meet up in August, Mythicist moved ahead with theirs, bringing divergent and dissident voices together to try to get a handle on what the hell is going on in this country.

And while conferences like CPAC were ousted from Washington, DC due to onerous and undoubtedly pointless COVID restrictions, Mythicist brought speakers, guests, and attendees to Kenosha, Wisconsin, to shed light on the very issues that caused the town to be ravaged during the 2020 summer of outrage.

The speakers who attended don't often agree with each other on pretty much anything. There were conservatives, libertarians, leftists, progressives, who normally only meet on social media, railing and gnashing against each others' views. But for one day in Kenosha, they sat on comfy chairs, and engaged each other in good faith.

Instead, what results is a kind of synthesis, where even when minds are not changed, a shared humanity is discovered.

Niko House, veteran, political analyst, activist, host of Mi Casa Es Su Casa, and founder of the MCSC Network, got into it with Lisa Reynolds, a specialist in public policy and political communications.

"I'm trying to pick out things for us to argue about," Reynolds said. But the two agreed on the essential nature of charter schools, and how useless most politicians are.

Rhetorical fireworks ensued during a panel on extremism as Jack Posobeic jousted with leftist So Fain on the problem of radicalization and extremism, often buoyed by viral videos.

"The videos that we're seeing, it's not necessarily something new… but the ability for all of us to see it in real time is something new," Posobiec said, talking about the video of George Floyd's death. "This is mass surveillance," he said, "we're looking at these videos, we're reacting to them more, and we as a society have not come up with a process to deal with these videos," Posobiec said.

"Civilians aren't the only ones watching viral videos," Posobiec said. "Police watch the videos of police stops and traffic stops that go wrong." He noted that most traffic stops don't end in violence. Everyone, on both sides of the blue line, is watching the same videos.

So Fain related the encounter on his own stream, saying that before the panel on which he sat with Posobiec, "Jack walks over and he sees that I'm wearing a Planet Express shirt, and he walks up to me and says 'good news, everybody, there's a real person right there.'"

The Post Millennial's Libby Emmons participated in a discussion with YouTuber and journalist Sydney Watson, Justin Gibson who runs the YouTube channel Jangles ScienceLad, and Michael "LSP" Gonzales. The topic was about media bias in journalism toward Black Lives Matter and feminism, that delved into issues of family and government overreach. It became rather contentious at times, and being the first panel of the day, it was well before cocktails.

Better Discourse II was a breath of fresh air—an opportunity for participants of all ideological stripes to take off their masks and actually look at each other, face-to-face. More important, it was an opportunity for people to listen to each other, find common ground, and share a stage despite their differences. During a time of extreme lockdowns, paranoia and political division, Better Discourse II showed us that such conversations and interactions were still possible in America.

Here's hoping, as the country continues to open up, that the little miracle that happened in Kenosha will spread throughout the rest of the country. America is better and stronger when we celebrate our differences and give each other the benefit of the doubt. Getting offline and actually engaging with one another in good faith is the way forward. Let's hope it's contagious.