"They give no explanation to justify the shooting and they do not even identify the officer. That is what they do in autocratic countries, not in the United States," the family's attorney said. 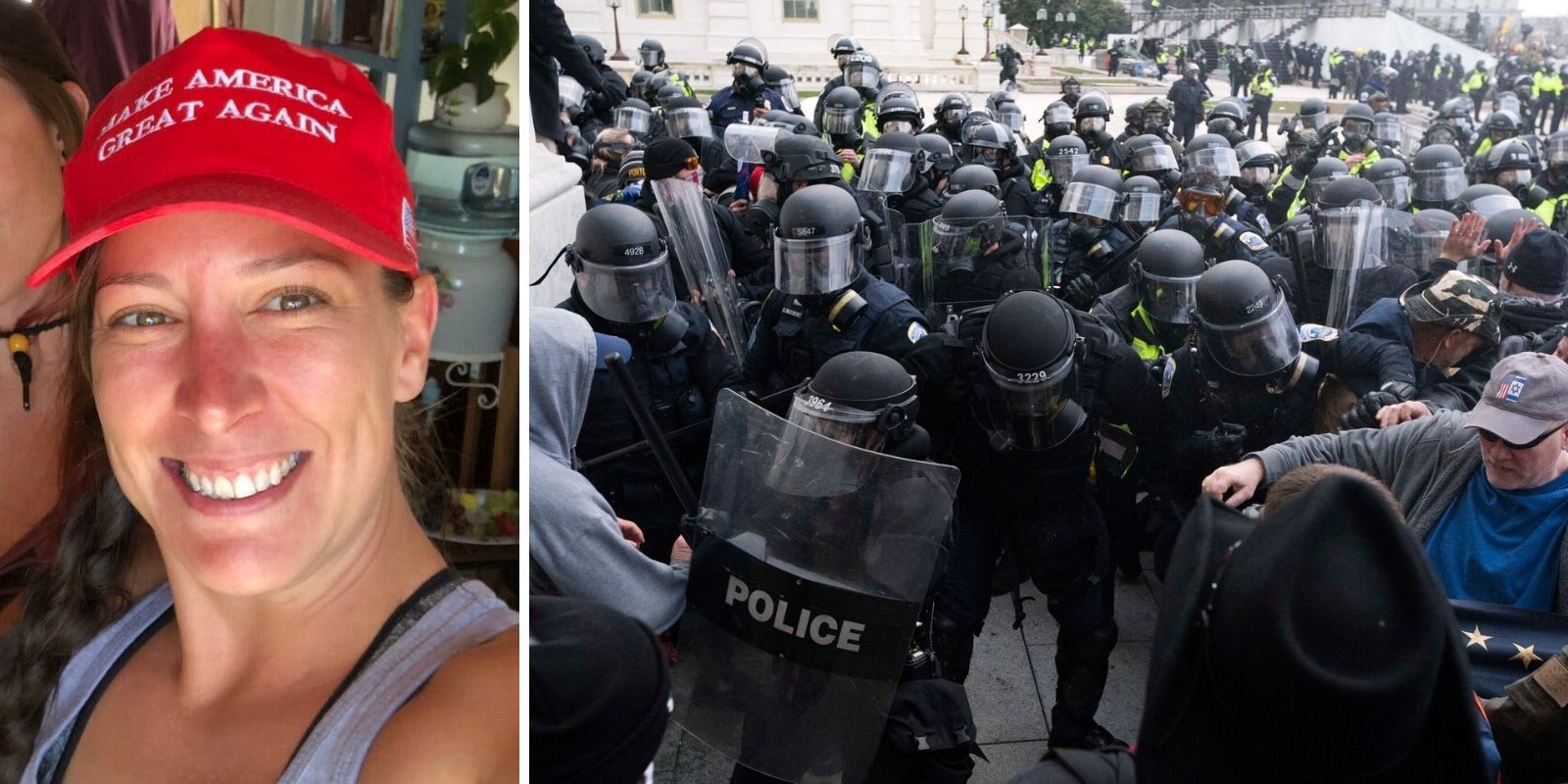 The attorney representing the family of Ashli Babbitt, the Air Force veteran who was shot dead by Capitol Police during the Jan. 6 riot, plans to sue the agency for more than $10 million. Officials have been placed on notice as the family demands accountability for Babbitt's death.

"Right now, we have no accountability—zero accountability—they give no explanation to justify the shooting and they do not even identify the officer. That is what they do in autocratic countries, not in the United States," said Maryland-based attorney Terrell N. Roberts III to The Washington Times on Thursday.

Roberts said he'll sue the Capitol Police under the Federal Tort Claims Act, which requires six months notice before filing to sue in court. The family will also pursue claims against the unnamed officer who shot Babbitt.

The family attorney said he's reviewing video of the shooting that was captured by private citizens via personal cell phones. He said he also won't identify the officer by name at this time. "The purpose of the case is to hold the police officer and the Capitol Police accountable for violating Ashli Babbitt's constitutional right—that is the purpose," he clarified to The Washington Times

The lawyer lambasted the members of Congress who oversee the Capitol Police but have not demanded transparency regarding the Jan. 6 shooting: "If we call ourselves a free people, you would think that Congress would be the first to demand transparency of its own police agency but you don't hear that."

Republican Arizona Rep. Paul Gosar demanded last Wednesday to know who "executed" Babbitt at the high-profile hearing by the House Oversight and Reform Committee where he grilled former Trump administration officials over the events on Capitol Hill. The GOP state lawmaker said during the hearing on May 12 that Babbitt was unarmed and wrapped in an American flag.

"Was the death of Ashli Babbitt a homicide?" asked Gosar who then noted: "As the death certificate said, it was a homicide." Former acting attorney general Jeffrey Rosen of the Justice Department declined to answer Gosar's questions, including identifying the police officer who shot and killed Babbitt.

"I don't want to get into the specific facts of investigations," Rosen said. Gosar's office, the Justice Department, and the Capitol Police declined to comment on the family's planned lawsuit, The Washington Times noted in the report.

Last month, federal prosecutors cleared the officer accused of firing at Babbitt from any criminal wrongdoing in the January shooting. Officials argued that the officer acted in self-defense, according to the DOJ press release on April 14.

The slain Trump supporter had breached the Capitol building alongside others to protest the certification of the 2020 presidential election results during the joint session held to count the Electoral College votes. She was trying to crawl through a broken glass window to enter the chamber, according to the Justice Department. It was at that time that an officer shot Babbitt in the shoulder. Babbitt was taken to Washington Hospital Center where she later died.

There has been little to no outcry over Babbitt's death, although she was unarmed during the pro-Trump protest that turned riotous on that day and the woman's diminutive size posed no threat to the armed officers who sought to quell the mob.

The 104-page report by Capitol Police inspector general Michael Bolton "found that the leaders ordered their Civil Disturbance Unit to refrain from using its most powerful crowd-control tools—like stun grenades—to put down the onslaught.

A plan that was enacted for the protest stated that there were "no specific known threats related to the joint session of Congress." The former chief of the Capitol Police even testified that the force had determined that the likelihood of violence was "improbable."