The victim was walking past Chinatown’s Kong Sihk Tong café when a black male, wearing an orange hoodie and jean vest, punched her in the face unprovoked. 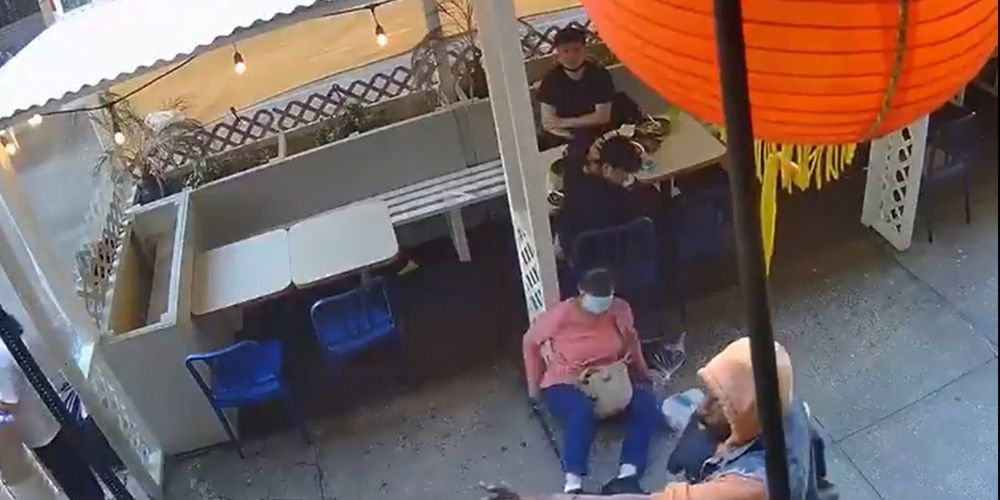 The victim was walking past Chinatown’s Kong Sihk Tong café when a black male, wearing an orange hoodie and jean vest, punched her in the face unprovoked.

The force of the punch knocked the woman to the ground where she appeared to be unconscious. Bystanders rushed to the victim after witnessing the brutal attack.

The surveillance video of the attack was first posted by New York Assemblymember Yuh-Line Niou on her Twitter account.

"This was just sent to me from my constituent," Niou tweeted. "This just happened in my district in Chinatown. He has been arrested and our precinct is investigating."

The New York Police Department said she was taken to the New York-Presbyterian Lower Manhattan Hospital and was in stable condition, New York Post reports.

NYPD arrested the suspect and reportedly took him to Bellevue Hospital for a psychiatric evaluation as he awaits pending charges.

Niou said in a separate tweet on Monday that the victim was "conscious and cognizant and alert." She reported NYPD hate crimes unit is investigating the incident.

Hate crimes against Asian Americans have soared in New York City, increasing by 150 percent in 2020. This is yet another incident in a series of many horrific attacks on Asian Americans occuring throughout the country.