Teresa Yue Shen, 31, is a mental health consultant who traveled from Brooklyn to Atlanta to protest the construction of the police training facility. 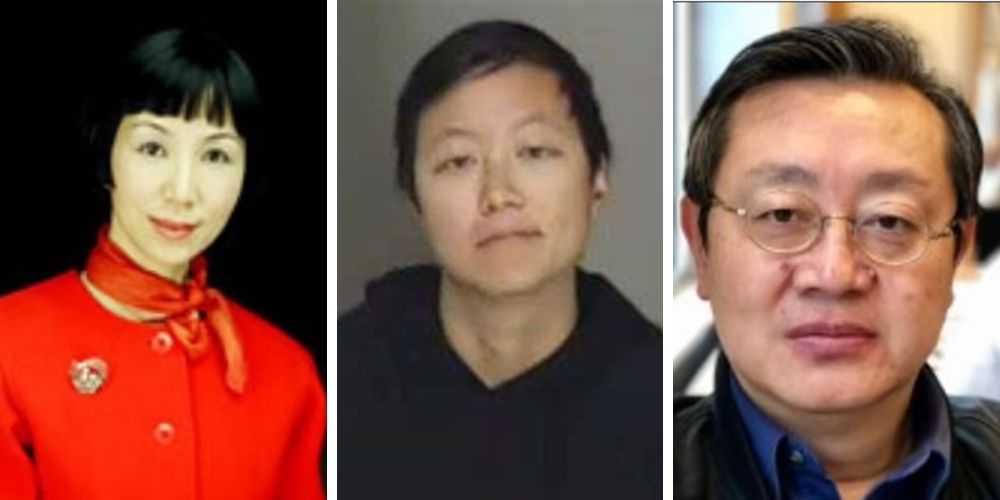 The Post Millennial
Jan 24, 2023 minute read
ADVERTISEMENT
ADVERTISEMENT
An Antifa member in Atlanta has been revealed as the daughter of a "Global Diversity Expert" and a New Jersey-based Chinese pharma tycoon, according to a new report.

The Daily Mail reported that Teresa Yue Shen, 31, one of seven activists arrested at the future Atlanta Public Safety Training Center last week is a mental health consultant and traveled from Brooklyn to Atlanta to protest the construction of the facility.

According to the outlet, James Shen, 58, is the president of publisher WiCON, a New Jersey-based Chinese Media Company that owns Pharma China. In his bio, he claimed to come from a "family with generations of ties with the pharmaceutical industry in China." He also described himself as a "strategist, advisor and publisher" who specializes in China Healthcare.

Her mother, 63-year-old Xiao-Hua Shen, was one of the first group of university scholarship students sent by the Chinese Government to study in the UK at Exeter University. She calls herself a "Global Diversity Expert" who has an "in-depth knowledge" of how to do "successful business in China" and also worked as a trainer and consultant for Lloyds of London and the British Foreign Office.

According to her website, she instructed diplomats on the Chinese language and culture and boasts about ties to the "most multinational pharma companies" across China. She holds both an MA from Exeter University, UK, and a Master of Education from Columbia University.

Shen herself interned at both Reuters and CNN. According to the Daily Mail, CNN refused to report on the violence after the "conflict of interest" was revealed.

Since June 2021, Antifa and other far-left extremists from across the US have occupied an area of a forest in Atlanta to prevent the construction of what has been nicknamed "cop city." Violent clashes between Antifa and police started after one of the activists, Manuel Esteban Paez Teran, 26, was fatally shot after he shot a Georgia State Police officer while authorities were clearing the occupation.

According to the Georgia Bureau of Investigations [GBI] the Georgia State Patrol trooper was severely injured during the raid and officers returned fire killing the gunman.

During the multi-agency operation, GBI said approximately 25 campsites were located and removed from the site, and mortar-style fireworks, multiple edged swords, pellet rifles, gas masks, and a blow torch were recovered.

Shen was arrested along with fellow Antifa activists Sarah Wasilewski, 35, Spencer Liberto, 29, Matt Macar, 30, along with Geoffrey Parson, 20, of Baltimore, Timothy Murphy, 25, of Maine, and Christopher Reynolds, 31, of Ohio.

Shen was charged with domestic terrorism and aggravated assault of an officer.

In 2021, she was previously arrested during an anti-ICE demonstration at the Bergen County Jail.

Activists called for a "Night of Rage" against the police after the shooting and threatened "reciprocal violence" against the authorities.