The crosswalks, which sit at the intersection of Piedmont Avenue and 10th Street, were installed following the 2016 Pulse Nightclub shooting in Orlando, Florida. 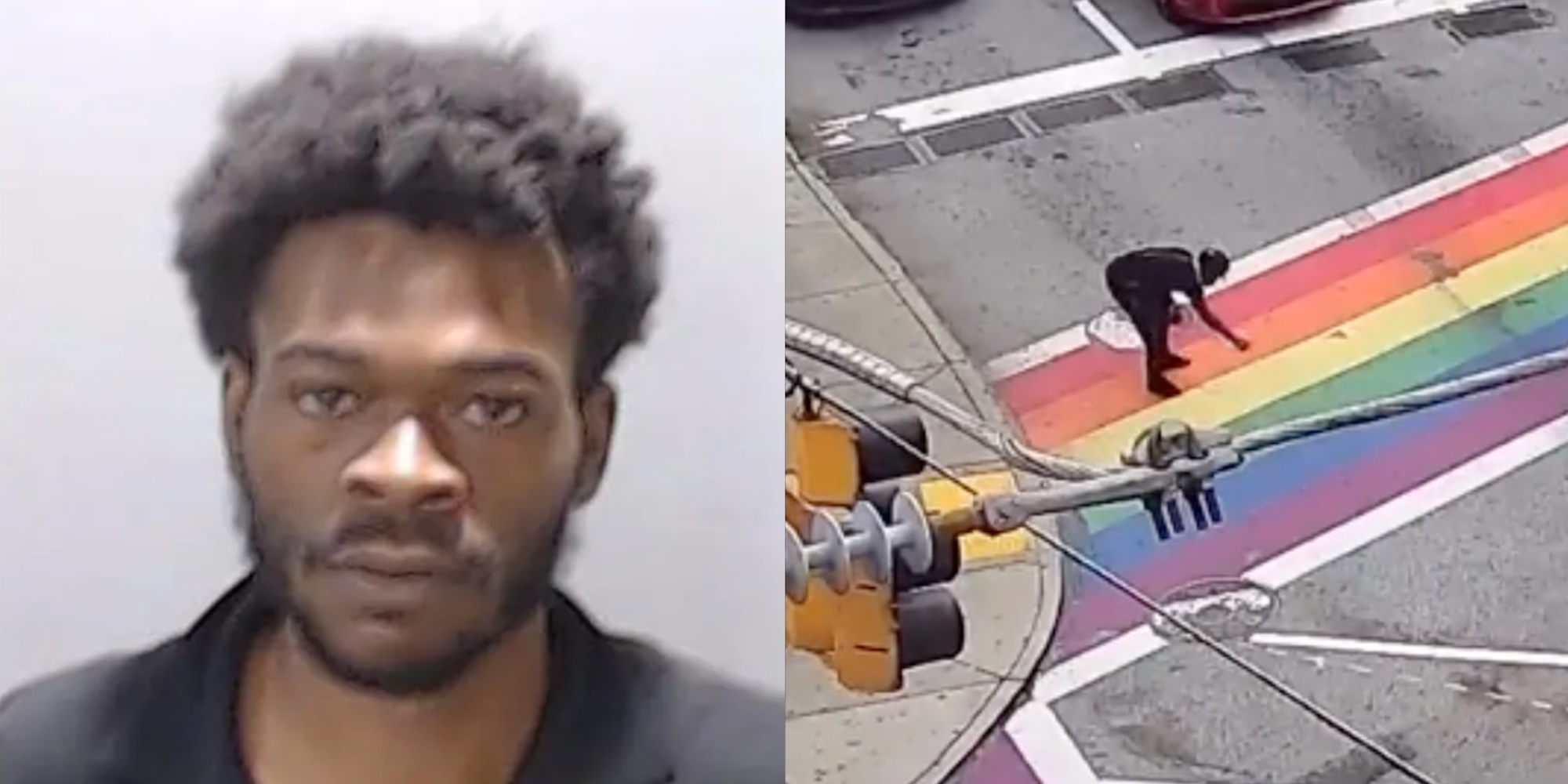 On Friday, a man was arrested by Atlanta police after allegedly spray-painting swastikas on rainbow crosswalks in midtown.

He has since been identified as 30-year-old Jonah Sampson.

According to the City of Atlanta Police Department, Sampson is accused of defacing the rainbow crosswalks on two occasions, once on Wednesday and again on Friday.

The crosswalks, which sit at the intersection of Piedmont Avenue and 10th Street, were installed following the 2016 Pulse Nightclub shooting in Orlando, Florida.

As Fox News reports, a spokesman for Atlanta mayor Andre Dickens called the incident "disgusting," and applauded those who worked to remove the swastikas.

Sampson, who is also suspected of defacing the Federal Reserve Building, faces three charges of second degree criminal damage to property, one count of criminal trespass and a felony charge of interference with government property.

On Monday, he was granted bond, but remained in Fulton County Jail.

Sampson's arrest came following an hours-long standoff with law enforcement, which eventually ended with a SWAT team being called to the scene.

Sampson's feed consists almost entirely of screenshots of Apple's note app, with the occasional image of a swastika.

Some of his posts reference a "master race" of black people, while other posts are religious in nature. He often targets Jehovah's Witnesses for portraying biblical figures as white. In one post, he simply writes "EPHESIANS 6:12."

These words mirror many of the comments Sampson makes in his posts, calling out political leaders and sometimes even threatening them with violence.

He also rails against "Anglo-America" for the treatment of black people.