Biden admin allowed tens of thousands of unvetted Afghans into the US: report

"Federal officials relayed that few Afghans know their birthday, which has resulted in a number of evacuees' date of birth logged as January 1." 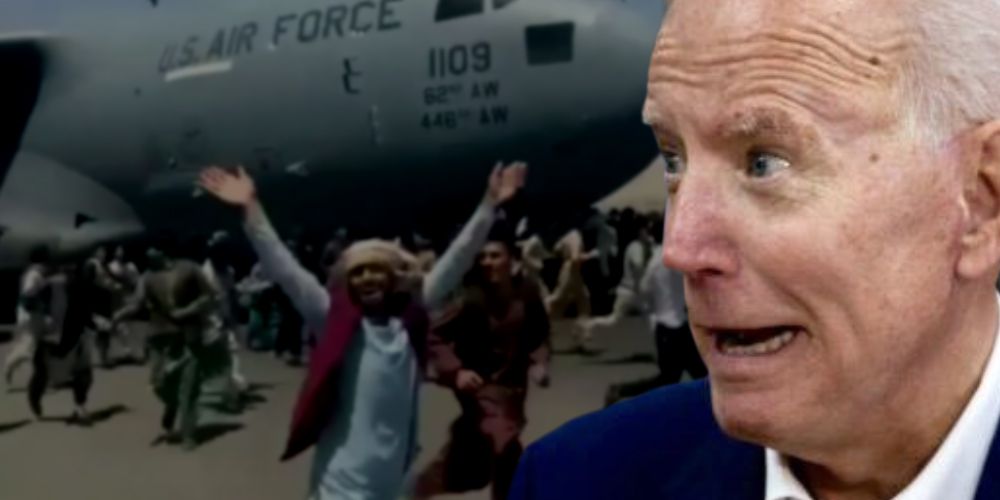 Tens of thousands of Afghans airlifted from Kabul back in August were not vetted before entering the United States, according to a new report.

The reality of the Biden administration's disastrous US withdrawal is made clearer through a recent congressional memo that depicts at length the holes in the security process for arrivals from Taliban-controlled Afghanistan.

A lengthy Washington Examiner piece discusses both the memo and how that contradicts promises made by the Biden administration earlier this year.

The congressional memo describes interviews with the relevant military officials at bases worldwide. The consensus from the Defense Department, Homeland Security, Justice Department, and Department of State describes a lackluster picture for any semblance of background checks.

One source described how the Biden administration upended standard vetting protocols and made up their own procedures:

"DOD was such a heavy part of this, and they follow orders. And so, they're like, 'OK, here's the checklist. I'll do exactly what the checklist says — no more.' So, that's how it happened, but it was centrally managed via DHS, the National Security Council, the White House. They said, 'This is how we're going to do this. And we're going to depart significantly from the standard way of doing screening and vetting as we would in literally any other situation.'"

The Examiner piece says the Biden administration brought in mostly "unqualified" people from Afghanistan — 75 percent out of 82,000 people — that didn't meet the standard of being an American citizen, green card holder, or accepted into the Afghan Special Immigrant Visa program (or amid applying for one).

In late October, Republican Senator Josh Hawley posted an email from an Amerian official that establishes further proof to that effect: the Biden administration's main objective was simply filling planes up with people.

A main tool for the Biden White House was checking the names of Afghans fleeing the country against terrorist and criminal databases.

That screening rather than vetting is said to be all there was to it. The only time vetting interviews were conducted at all was when fleeing Afghanistan had their identity flagged in biometrics or phone records.

The memo adds that the people screening the Afghans didn't have training in identifying counterfeit documents. Another prong of concern was a breakdown in communication. People on the state side thought those overseas were the ones doing the vetting, and vice versa.

But even with all that said,  "at least 10 evacuees" who made it past the initial screenings from Afghanistan made it to the USA are currently detained as national security threats. At least one instance of assault by Afghans against a female service member happened at a facility near the United States-Mexico border, and other instances of abuse took place at Fort McCoy in Wisconsin.

The Department of Homeland Security took objection with the Washington Examiner's report by stating how "interagency vetting partners" from the DHS, DOD, FBI, and NCTC worked to review "fingerprints, photos, and biographic data for every single Afghan" who fled the country earlier this year.

The Washington Examiner adds that people showed up at air bases in places like Germany and Spain without any identification or records at all, and the DHS mandate was to accept Afghan refugees' claims of being who they said they were.

The DHS claimed otherwise in their response to the outlet, but incapable of providing statistics to back that statement up. Secretary of State Antony Blinken couldn't do that either when someone inquired about SIV arrivals from Afghanistan earlier this year, despite his earlier vetting promises.

A second source speaking to the Washington Examiner said that people who fled Afghanistan weren't sent to a "third-party location to treat them like refugees" with further processing because then the Biden administration would have had to admit the failure of their chaotic withdrawal from Kabul.

In the wake of the final US plane leaving Kabul airport, Reuters published an expose revealing President Joe Biden had a phone call with the previous Afghan president. In that phone call, Biden urged Ghani to change perceptions about his fight against the oncoming Taliban "whether it is true or not."

This happened before the weeks of scrutiny as to whether or not Biden misled Americans about taking advice from his generals over the Afghanistan situation.