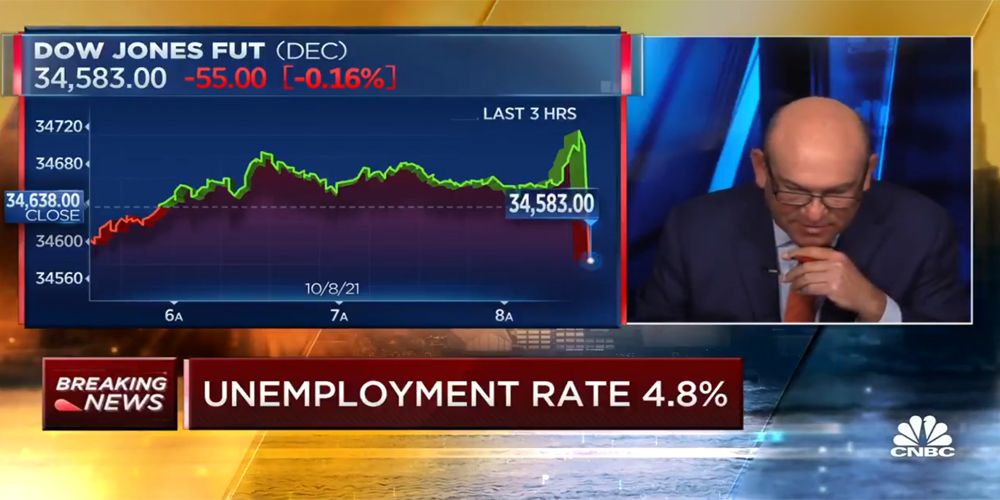 Another month of bad news for the economy as the Biden administration released their latest jobs report. The official numbers fell short by over 300,000 of what was expected.

The employment situation for September only added 194,000 nonfarm payroll jobs, according to the US Bureau of Labor Statistics. The report notes that the sectors that saw the most growth were "in leisure and hospitality, in professional and business services, in retail trade, and in transportation and warehousing."

The establishment media is reacting to the newest round of lower than expected jobs being added to the economy.

CNBC's Steve Liesman had this to say:

"I see 194,000, that is real low. Consensus of 500,000 … August was revised up a bit so 366,000, let me go to the other… the jobless rate… wow big decline! 4.8 percent, 5.1 was expected. Let me go to the B1 table and see if I can find where the jobs were, and I think in this case, where the jobs weren’t is what we’re trying to figure out. It was definitely a weaker number than expected, with I think the factors that were remunerating just before we went into the number being responsible here."

The American economy attempting to navigate COVID was to blame. CNN called these numbers the "worst of the year."

The New York Times mentions that the 4.8 percent unemployment rate does not account for "millions of people who have left the labor force and so far have been reluctant or unable to return to work."

"We all waited for September for this big flurry of hiring on the premise that unemployment benefits and school reopening would bring people back to the labor force. And it just doesn’t seem like we’re seeing that," financial economist Aneta Markowska told the paper.

This month's jobs report falling short of expectations follows a recurring theme throughout the first year of the Biden administration.