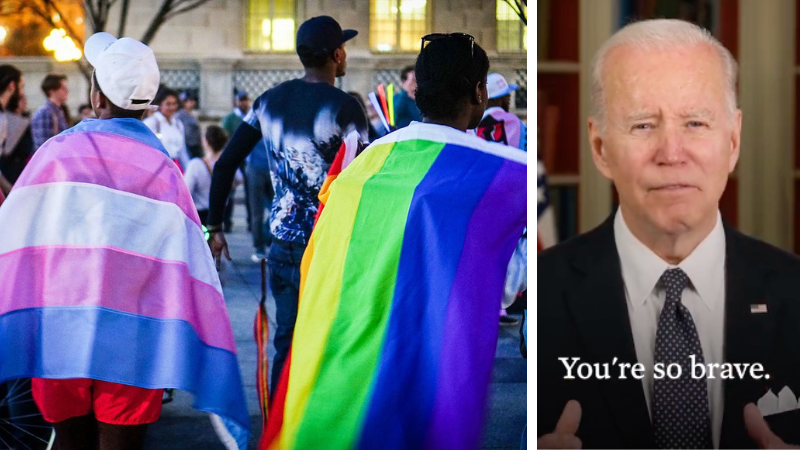 Libby Emmons Brooklyn NY
Oct 10, 2022 minute read
ADVERTISEMENT
ADVERTISEMENT
The Biden administration's requirements for who must register for Selective Service in the event that there is a draft includes those persons that identify as trangender but are born male. "Almost all male US citizens and male immigrants, who are 18 through 25, are required to register with Selective Service," and that includes males who identify as transgender.

As soon as Biden took office, he enacted an executive order, one of many, that said that those who identify as transgender should be treated by the military according to their gender identity and not according to their biological sex. This could mean that those transgender males who identify as women would serve alongside women, in women's units, in the event that they were called up by Selective Service.

The way that the Office of Personnel Management (OPM) defines transgender is "people whose gender identity and/or expression is different from the sex assigned to them at birth (e.g. the sex listed on an original birth certificate)." In several states, people can legally change their original birth certificate to align with their gender identity and not their actual sex.

"Individuals who have changed their gender to male will be asked to complete a Status Information Letter (SIL) request form and provide a copy of their birth certificate," they write.

A Status Information Letter gives the individual the opportunity to "describe, in detail, the circumstances you believe prevented you from registering and provide copies of documents" showing those reasons why.

The CDC offers their own definition of "transgender persons," saying that "Transgender is an umbrella term for persons whose gender identity or expression (masculine, feminine, other) is different from their sex (male, female) at birth."

The CDC goes on to define "Gender identity" as that which "refers to one’s internal understanding of one’s own gender, or the gender with which a person identifies. Gender expression is a term used to describe people’s outward presentation of their gender."

For the Biden administration, "gender identity" is irrelevant when it comes time to register for Selective Service. Biden spoke on this year's Trans Day of Visibility telling parents and their "transgender" children they were "so brave," and urging parents to "affirm" their kids.

The Biden administration, and Joe Biden in particular, have been heavily promoting transgender and gender ideology since taking office in 2021. On his first day in office, he signed an executive order requiring that all federal agencies find ways to be more inclusive of gender identity in their policies and programs.

The Biden administration's inclusion of biologically male transgender persons in those required to register for Selective Service belies their ongoing initiative to demand that Americans believe that males who say they are female are really, fully female and should be treated as such.
ADVERTISEMENT
ADVERTISEMENT
trans biden sss